No more discrimination against the press in Ferguson 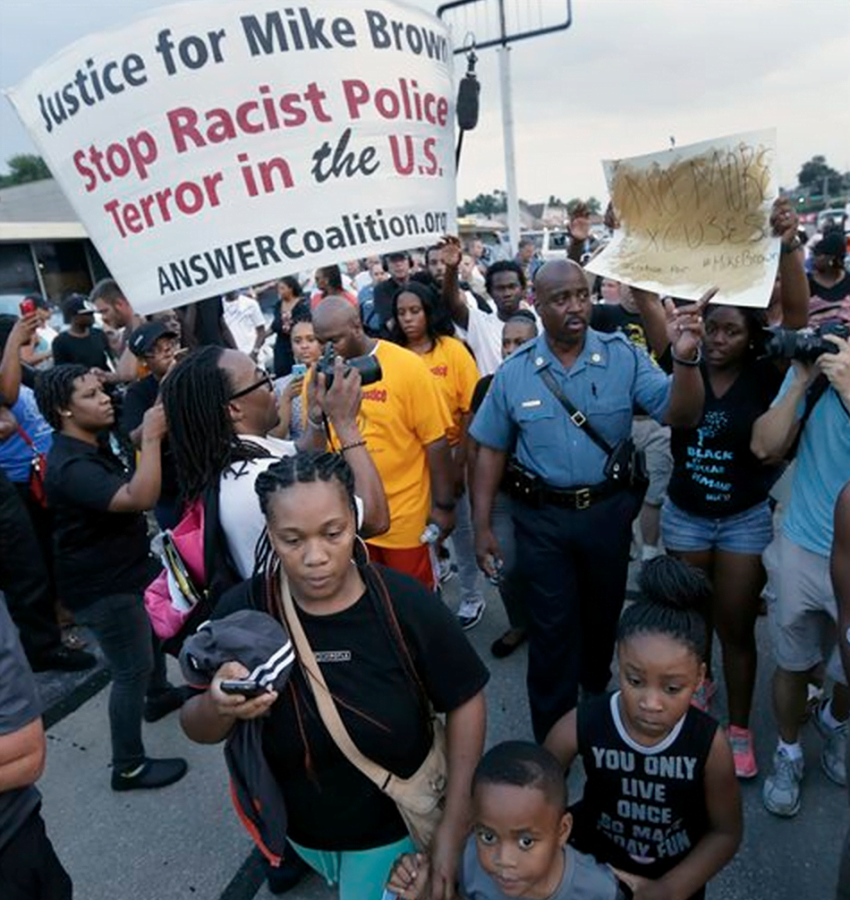 “Let’s not glamorize the acts of criminals.”

Those were the words of Captain Ron Johnson of the Missouri State Police early Tuesday morning during a press conference discussing the night’s events in Ferguson. Johnson, of course, is referencing the role of the media in the situation that has unfolded in the wake of unarmed teenager Michael Brown’s shooting at the hands of a white police officer over a week ago.

Sure, it is understood that the police have a job to do. And it’s a tough job. With violent agitators all around the short strip of street where the protests have taken place, the line between friend and foe has become somewhat unclear.

However, a statement like that contributes to a troubling trend of infringement of free press that has developed over the past two weeks. First, two journalists, one from the Washington Post, the other from the Huffington Post, were arrested last week without charges and detained for a period of time without explanation.

Despite outcries from many First Amendment groups -a letter condemning the arrests signed by most major media organizations and criticism from the President of the United States- things did not change.

This was indicated on Monday, as MSNBC’s Chris Hayes was threatened to be maced by a cop if he did not get behind the police line. And then, this was followed up with the arrest of three foreign journalists, who were detained for three hours before they were released without charges.

But the real kicker in all this is, “let’s not glamorize the acts of criminals.”

That was the quote of the night. A quote that was followed by statements saying that the arrests of journalists probably would continue to occur. And according to CNN, this did indeed play out as six journalists were arrested yesterday for seemingly doing nothing but their jobs.

Overall, law enforcement has conducted themselves extremely poorly throughout this nightmare. Whatever people think about Michael Brown and the circumstances involving his death, one cannot argue with a straight face that the over-militarized police have helped the situation. While journalists will come and go, the residents of Ferguson will have to live with a police department that discriminates against them and infringes upon their rights. That is truly terrifying.

But what may be even more terrifying is the prospect of the police thinking that they can control what the media reports and does not report. By threatening reporters, arresting them, and attempting to syphon them off to a designated area away from the violent clashing, that is what it very well could be interpreted as.

By definition, the job of a journalist is to gather information in order to get the best obtainable version of the truth. Journalists on the ground in Ferguson have been trying to do just that under conditions that at times mimic a war zone.

The vast majority of protesters have been peaceful and members of the media have indicated that. And the police are just fine with that information getting out. But, as soon as the videos of tear gas being thrown by police are all over cable news, it is glamorizing the acts of criminals.

To be fair, police have to deal with bottles being thrown at them, looters, and potential shots being fired by agitators. But let’s be honest, the reason the police do not want those images getting out is because it makes them look bad. And I mean really bad.

Yet if the police think that arresting reporters and telling them to stop glamorizing the acts of criminals will help their cause, they are wrong. Given how poorly they have done at their jobs, they should be in no position to tell anyone else of any profession on how to do theirs. The journalists on the ground in Ferguson know what they are doing. It is crucial that they able to report their accounts freely and without restriction.

Arresting journalists is not something done in a stable democracy, it is instead done in police states that the United States abhors. Yet, the images out of Ferguson startlingly mimic those police states. And only the police can change that toxic atmosphere. Stopping discrimination against the press may be a good place to start.