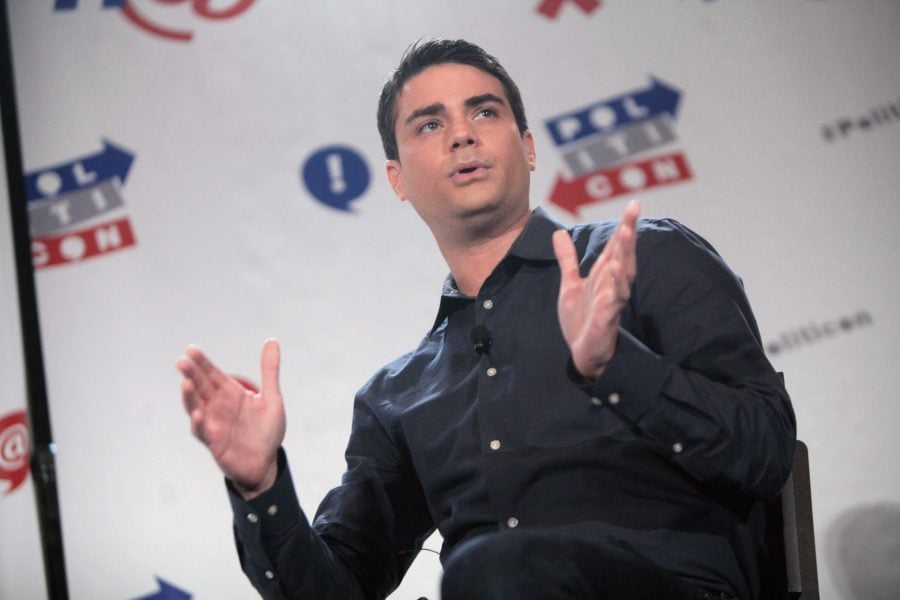 Prominent conservative and Editor-in-Chief of the Daily Wire Ben Shapiro at an event earlier this year. (Gage Skidmore / Creative Commons)

In the wake of DePaul University denying conservative commentator Ben Shapiro’s request to speak on campus, student political groups have, in a rare show of solidarity, come out to say that the university’s guidelines on the matter are unclear and contradictory.

In a statement, the university said that like Milo Yiannopoulus’ presence this spring, Shapiro would cause a security issue it would not be able to properly handle.

“DePaul University’s Office of Public Safety determined, after observing events which took place when Mr. Shapiro spoke elsewhere, that it was not in a position to provide the type of security that would be required to properly host this event at this time,” the statement read.

In an interview with The DePaulia, Shapiro said the university had bended the knee to the fear of left-leaning student protests that might create a safety issue.

“Basically, DePaul has set a new standard: if I say something that offends students and students decide to riot at a different university, then that means I have to be banned at DePaul because DePaul can’t control its own student body,” Shapiro said. “Anytime you don’t want a speaker to come to your campus from now on, presumably, all the DePaul students have to do is threaten to riot.”

Shapiro also works as the Editor-in-Chief at conservative website The Daily Wire. After graduating from Harvard Law School, he wrote the book “Brainwashed: How Universities Indoctrinate America’s Youth.”

The DePaul chapter of the Young Americans for Freedom (YAF) was the student group who had invited Shapiro to speak at DePaul. In a statement, the group condemned the university’s decision.

“The administration’s frequent boastings about how much the university values open discussion is entirely at odds with its suppression of conservative speakers and ideas,” the statement read. “We wholeheartedly reject the notion that the university is worried about large protests at our proposed Shapiro event and believe that the administration is using the guise of ensuring safety to cover up its ongoing crusade against DePaul conservatives.”

“Although we may have different political views than you do, we want our campus to be one that upholds our fundamental rights,” the statement read.

“Today we call upon the administration to overturn its decision to bar Ben Shapiro from campus and to truly promote free speech moving forward.” YAF also emailed university faculty and staff urging them to support free speech and asked for faculty and staff to sign a petition calling for the reversal of DePaul’s decision.

But YAF was not the only student group to come out against the university’s decision. DePaul College Democrats and DePaul College Republicans both were outspoken about the seeming breach of the freedom of speech on campus, and its contradiction with university values.

JackMcNeil, president of the DePaul College Democrats, said that “we are siding with the Republicans on this one.”

“We definietely think DePaul has crossed a line, drew a line, in the sand on who should be allowed to speak,” he said. “And we think if they draw that line in the sand, we need to know why it’s there and where that line is.”

McNeil said that Shapiro is a fundamentally different speaker than Yiannopoulus. Shapiro is “articulate” and “well-spoken,” he said.

“He can actually make people who don’t consider themselves conservatives to at least think about things,” McNeil said. “That’s something that Milo just had no interest in doing with his blatant attacks on students.”

McNeil said he hopes the university comes out with some sort of guideline that shows how it choses its guest speakers.

On their Facebook page, the DePaul College Republicans expressed its distaste in the university’s decision.

“It’s amazing to see that DePaul University will allow convicted terrorists such as Rasmea Odeh come to our campus and speak, but when it comes to a speaker who simply has basic conservative values, it is ‘too much’ for the student body to handle,” the statement read, referring to a guest Students for Justice in Palestine invited to DePaul in February of 2015. “Ben Shapiro is an accomplished political commentator, columnist, author, radio talk show host, and attorney.

“As college students, it is important to have our thoughts challenged and to express our freedom of speech. It is how we learn. This is an embarrassment to the University.”

According to DePaul University Guiding Principles on Speech and Expression, the university affirms the right of guest speakers to “voice their viewpoints, even at the risk of controversy.”

“DePaul also insists that all speakers remember that the right of expression carries with it the equally important responsibility to exercise that right with a conscientious respect for human dignity,” DePaul policy states. “We accept that there is a distinction between being provocative and being hurtful. Speech whose primary purpose is to wound is inconsistent with our Vincentian and Catholic values.”