Just over a week from the election, there is good reason to expect more inflammatory releases of hacked documents from WikiLeaks, according to the site’s founder Julian Assange. The dumps so far have revealed controversial dealings within the Democratic Party, resulting in resignations by top Democratic officials and protests by concerned citizens. Intelligence agencies have confirmed suspicions by many that the Russian government is behind the hacks.

But what remains unclear, if claims of Russian interference are true, is why Russia would be meddling in an American election.

Since the revelation of the hacks earlier this year, the American public seems to be divided on why Russia would do such a thing.

Trump may be an ideal American president for Russia because he has promised to force NATO members to pay their fair share for the alliance’s maintenance, and has expressed admiration for Russian President Vladimir Putin. Trump’s lack of foreign policy experience may also lead him into blunders on the international stage, another reason Russia may favor him. 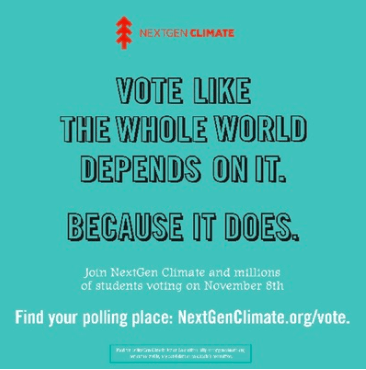 Larry Bennett, a political science professor at DePaul, said Russia may have more to gain from a Trump presidency. Clinton has expressed her intention to take a harder line on Russia internationally, something Russia wants to avoid.

Russia might also be targeting Clinton and the Democrats because they are most vulnerable and easiest to penetrate.

“There is an opportunistic quality to the hacks,” Bennett said.

Others say that Russia may be aiming higher: to create general disillusionment in the American political system. If Americans believe elections to be illegitimate, they may be far less compliant to the American government. Such instability might preoccupy policy makers from their ability to respond internationally, where Russia seeks to maneuver without American interference.

Wayne Steger, a political science professor at DePaul who specializes in the American presidency, said if there is a Russian connection, their goal might not be to affect the election’s outcome.

“I don’t even think it’s necessarily an effort to be pro-Trump, as much as it is to create uncertainty and instability in the United States,” he said.

Hacking of government and company systems has been a long-standing practice by states since the late 1990s, and espionage an even longer one, played by the American and Russian governments at least since World War II. But recent foreign involvement in the American election — the most publicized yet — seems to trace its roots to late last year.

In the fall of 2015, the FBI contacted the Democratic National Committee (DNC), the party’s leadership, to warn them to take a look at the networks where many of their files and emails are stored.

By early 2016, the DNC started to notice unusual signs in their systems. These irregularities propelled the DNC in May to hire a cybersecurity company to look over their systems for any signs of hacking by foreign governments.

The cybersecurity company soon identified two groups, going by the names Cozy Bear and Fancy Bear, who had been stealing documents from the DNC since 2015, and found links between them and the Russian government. However, the cybersecurity company also concluded the two groups did not seem to be aware of each other as they hacked the DNC’s systems.

I don’t even think it’s necessarily an effort to be pro-Trump as much as it is to create uncertainty and instability in the United States.     – Wayne Steger, Political Science professor at DePaul and expert in American politics

In June, the DNC announced to the public that their systems had been penetrated by the Russian government.

In July, on the eve of the Democratic convention, WikiLeaks made their move: they released some 19,000 emails and 8,000 attachments from the DNC dated from January 2015 to May 2016. Many of the emails pointed to Democratic officials favoring candidate Clinton during the primary race, a break in their nonbiased policy of electing candidates.

The news astonished many supporters of Democratic presidential candidate Bernie Sanders, leading some into the streets to protest the DNC’s actions. The resignations of top DNC officials soon followed, most prominently Chairwoman Debbie Wasserman Schultz.

If the Russian government is behind the hacks, this would have been the first time that Russia both collected and released huge amounts of stolen files, seemingly to influence the U.S. election, according to Esquire.

Then, by August, the FBI had announced it had found evidence of Russian hackers in the voting registration systems in Illinois and Arizona. The federal government has offered aid to help strengthen states’ voting systems, but many states have pushed back, fearing federal influence of their obligation to run voting booths as protected by the U.S. Constitution.

By October, WikiLeaks again entered the spotlight when it started to publish thousands of emails written by Clinton’s campaign chairman, John Podesta. Their content exposed his relationship with the Clinton family and their associates.

Later that month, the U.S. intelligence community officially accused Russia of attempting to interfere in elections, satisfying calls from many to name the perpetrator.

The Russian government has denied any involvement, saying U.S. allegations are simply “whipping up” anti-Russia rhetoric.

Steger said that at this point it would be difficult for the public to know who is really behind the hacks and what the hackers aim to accomplish. There simply isn’t enough hard evidence to answer such questions.

Everything the public knows about the hacks stem from statements by the U.S. government or the DNC. They aren’t going to show how they came to their conclusions.

“If you release the evidence, you’re going to reveal a whole lot about how you gathered the information,” Steger said.

These methods would certainly be beneficial to rival nations’ intelligence agencies.

Brian Boeck, a history professor at DePaul specializing in Russia, said that he is not convinced WikiLeaks would be Russia’s avenue of attack to disrupt the U.S. elections.

“The Podesta emails appear to be low-hanging fruit,” Boeck said. “Based on the little that is known for certain, one would have to posit that the Russian security services have access to more damaging materials that they have chosen not to reveal.”

Perhaps what is most clear is that the hacks have become politicized, consistently being used by both Trump and Clinton to defame each other.

Trump, Clinton has said, hasn’t been targeted by hacks because Russia sees him as a pawn and a soft leader, Steger said. Clinton says she has been targeted because she is most threatening to Russian interests abroad.

Trump, on the other hand, continues to spur WikiLeaks and Russia to release more dumps that might damage Clinton’s reputation.

However, in the end the hacking episode hasn’t helped Trump much at all, Bennett said. Trump’s calls for Russia and WikiLeaks to continue to release more hacked information have been interpreted by many as a stamp of approval for Russia to influence the election.