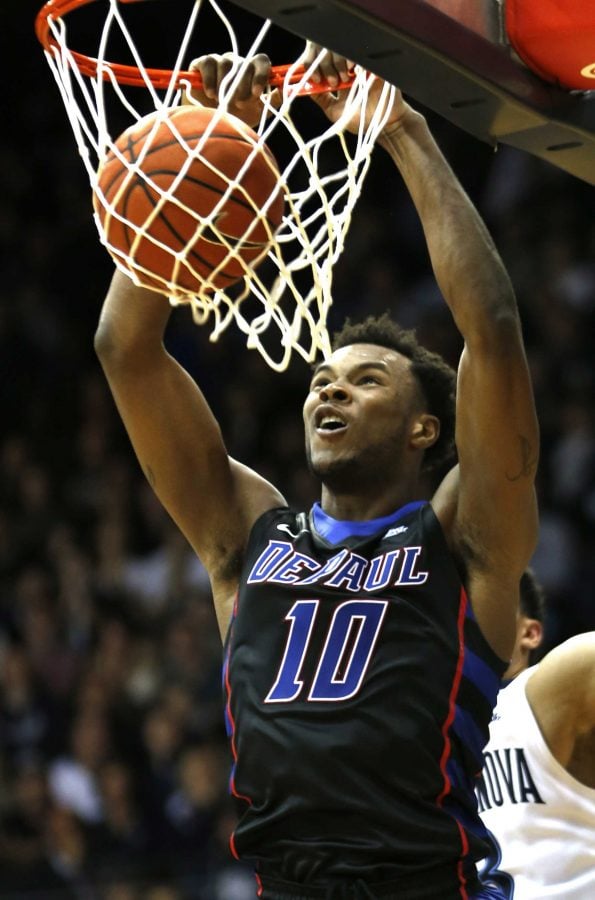 In the final seconds of the game, Providence’s long inbounds pass was tipped away and chased down by Tre’Darius McCallum. Billy Garrett Jr. took the ball in the backcourt, drove left to the basket, and finished a tough reverse layup to tie the game with 4.7 seconds to play. He was fouled on the play and hit the winning free throw.

Trailing by nine at halftime and by double digits late into the 2nd, the Blue Demons seemed ready to falter behind struggling performances from their stars, Garrett and sophomore guard Eli Cain. Neither Garrett nor Cain, DePaul’s two leading scorers, could seem to get anything going offensively until late in the game.

Cain finished the night just three of 12 from the field for 10 points.

Garrett didn’t even make his first field goal until he nailed a straight on 3-pointer with 4:29 left to cut the Friars’ lead to 8. Garrett finished with 14 points overall, scoring 7 of them in the final 28 seconds.

For Providence (11-7, 1-4), junior forward and leading scorer Rodney Bullock came away with a game-high 18 points.

Junior forward Emmitt Holt added 13 points and 8 rebounds before being fouled out late down the stretch.

Playing stifling full-court defense late in the game, the Blue Demons held Providence witithout a field goal in the final 4:49.

With the loss, the Friars remain winless on the road for the season.

DePaul will look to build off their momentum heading into their next couple Big East matchups on the road. The Blue Demons will first head to Marquette (10-5, 1-2) this Saturday and then face St. John’s (8-8, 0-4) the following Monday.