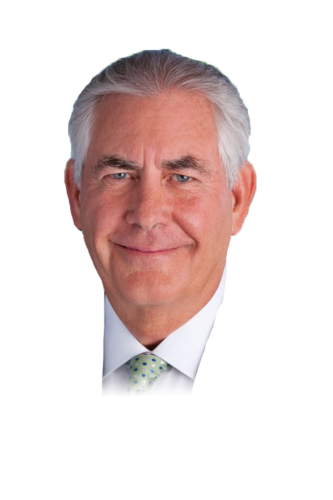 The former ExxonMobil executive has been chosen by President-elect Trump as his man to carry out the nation’s diplomacy abroad.

While Tillerson is noted to be an experienced international businessman, carrying out oil deals in far-flung places, he is also criticized for having no former government experience.

And what senators during last Wednesday’s hearing were especially concerned about — whose approval all cabinet positions require — is his relationship with dictators, notably Russian President Vladimir Putin.

But during the hearings, Tillerson pulled an about-face and veered from some of Trump’s benchmark ideas, such as his warm admiration for Putin. Tillerson said he would try his best to push back against Russia’s expanding influence abroad.

He also said he is determined to stop South Korea and Japan from obtaining nuclear weapons, is against a ban on Muslim immigration and even acknowledged global warming as dangerous, although lacking conclusive evidence — a long stride for an oil man.

Tillerson worked for Exxon for more than four decades, as well as for ExxonMobil after the merger, now the world’s largest oil company. ExxonMobil operates in about 50 countries with which Tillerson has forged relationships with powerful people, people he will likely deal with again, albeit representing the United States.

One of Tillerson’s most notable achievements occurred in Russia, where he concluded a major oil deal with Rosneft, a largely state-owned energy company. For his work, he received the “Order of Friendship” medal personally from Putin.

Tillerson owns $218 million in Exxon stock, a potential conflict of interest in which Tillerson may strive to see the success of ExxonMobil abroad. 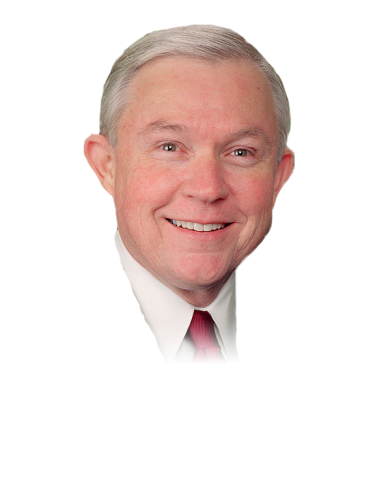 Perhaps the most controversial cabinet appointee is this Alabama lawyer, pulling in a record of staunchly conservative views and alleged racist remarks, to become the top cop in the nation. Sen. Sessions would be in charge of assigning influential positions under him, directing federal policy and enforcing federal law within the Justice department, such as with the FBI.

Sessions is considered one the most conservative members of Senate and will likely aim to make changes in issues of immigration, guns, drugs, police accountability and civil rights.

One of the first senators to endorse Trump, Sessions may strive to oblige his loyalty to a president who has called for reform on many crucial issues in the nation. Sessions alone has expressed interest in a crackdown on immigration, calling for tougher policies to deport millions of undocumented migrants, among other policies.

“Under Sessions, the Department of Justice could shift more of its executive powers to pursuing allegations of voter fraud while putting less emphasis on fighting voter suppression tactics,” said Erik Tillman, a political science professor at DePaul. “This could affect low-income and minority voters significantly, if the result is more scrutiny of alleged fraud in these communities while simultaneously tolerating efforts by state governments to reduce early voting, require voter IDs, etc. — things which make it harder for low-income voters to vote.”

Growing up in Alabama, Sessions worked as an attorney until President Ronald Reagan made him the United States attorney for the southern district in 1981. During that time, Sessions allegedly called a black prosecutor “boy” and the NAACP and ACLU “un-American,” according to prosecutors present at the time. Those comments later marred his bid to become a federal judge, an appointment dependent on objectivity.

In the 1990s Sessions won a Senate seat and later joined the Judiciary Committee, a powerful position.

The only presidential candidate to obtain a spot in Trump’s cabinet, the retired neurosurgeon’s early endorsement of Trump has led him to clasp a position he has personal experience with, but is ostensibly unqualified for.

If approved by the Senate, Carson will lead the Department of Housing and Urban Development, in charge of providing rental and home-owning assistance and other benefits to over 5 million low-income families.

Like many of Trump’s cabinet nominations, Carson has no government experience, let alone in a bureaucratic department that aims to end poverty. But perhaps what made Carson the preferable pick was that he grew up in an impoverished household, led by his single mother in inner-city Detroit and often aided by programs overseen by HUD.

The logic is that if he can climb from rags to riches, he can help others do the same.

Carson stated during the presidential campaign that he aims to steer the department away from social handouts that encourage dependency, which he says are wasteful and anti-productive.

During his hearings with the Senate, Carson made efforts to move past his previous opinions on the peril of federal assistance programs. Instead, Carson proposed to hire private sector funding to help people get out of poverty, not make them dependent.

Tillman, the political science professor, said Carson falls within a camp of Trump’s cabinet nominations that lack relevant experience, “who has few seeming qualifications to be Secretary of HUD. As a result, I honestly have no idea what he would do if appointed.”

Carson will have to enforce civil rights laws that make sure equal housing is upheld — a law once used against Trump in a federal lawsuit. In 1971, Trump was accused of not allowing black residents to live in his apartment buildings. While not admitting to guilt, Trump did promise to make sure his buildings followed equal housing laws.

In regard to Trump businesses and philanthropic efforts, Carson said while he will not actively seek them out, he will certainly use them if they are the best option.

The wealthy hedge fund manager and former Goldman Sachs executive put his weight behind Trump early on, and that investment has certainly paid off.

If approved by the Senate, Mnuchin will become one of the most powerful people in the White House, in charge of departments from the IRS, the U.S. Mint to Foreign Assets Control, which controls economic and trade sanctions. He will also hold the president’s ear to influence domestic policy.

So far, the big issue surrounding the entrepreneur is conflict of interests. According to his filed financial disclosure report, Mnuchin has assets valued to be worth at least $166 million, and likely closer to $400 million. He said he plans to divest himself from 43 companies, investment funds and hedge funds, and resign from boards.

As Treasury Secretary, he would be dealing with companies of that sort as a representative the federal government.

One company Mnuchin says he will not leave is Steven T. Mnuchin Inc., used to manage some of his investments. It is still unknown what financial interests this company has, and whether it will be a potential conflict of interest.

In the filed report Mnuchin suggested that he may take advantage of a benefit that allows some federal employees to avoid paying taxes on certain assets that they sell to avoid conflict of interest, made to encourage government service.

As Treasury Secretary, Mnuchin will have the ability to overhaul tax code, such as in the direction of trickle-down economics, and privatize state mortgage giants Fannie Mae and Freddy Mac — all areas Trump has advocated reform in.

Sens. Elizabeth Warren and Bernie Sanders have been very critical of Mnuchin for his involvement in Wall Street, a position that would run against Trump’s call to “drain the swamp.”

Mnuchin’s Senate hearing has yet to be scheduled. Many have been delayed due to longer-than-anticipated scrutiny projected at the nominees by Democratic Senators.