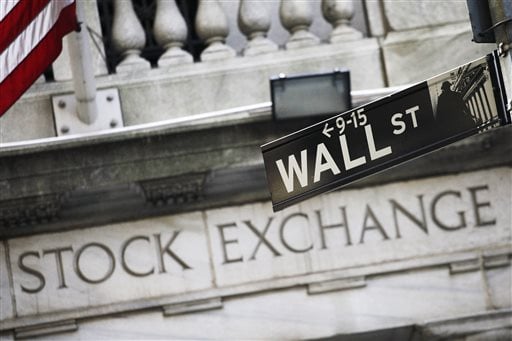 The Wall Street Stock Exchange, through which many of DePaul's $527 million in investments are traded. Photo courtesy of AP.

Over the past few weeks our campus has been captivated by the utterly polarizing debate over the Israeli divestment campaign. One of the main complaints regarding the campaign was this question: “Why Israel? Why focus on Israel when there are so many other places in the world that are complicit in rights violations?”

I myself have been wondering about this question. As students of a school that prides itself on moral values, why don’t we start thinking in a broader sense about how DePaul might be investing its money?

As a Fair Trade University, DePaul is clearly no stranger to ethical spending and investment. In 2006, DePaul entirely ceased its purchase of Coca Cola products after the company had been found to be possibly complicit in the deaths of union members in a bottling factory in Colombia.

However, more recently in April, DePaul President Rev. Dennis H. Holtschneider, C.M., wrote a DePaulia piece in acknowledgment of the various spending and divestment proposals that have come across his desk. Although much of it revolved around the Israeli Divestment campaign, his piece also mentioned that United Students Against Sweatshops wrote a proposal to terminate DePaul’s contracts with apparel companies — such as VF Imagewear or Jansport — that utilize sweatshop labor in Bangladesh (I hope you readers have not forgotten about the Bangladeshi factory collapse last year that killed 1,129 people.)

This is an issue that, from a human rights standpoint, deserves as much consideration as the Israel divestment debate did. Yet, since sweatshop labor is not an issue that can be politicized as much, this proposal has comparatively received little to no attention. The administration — as well as our student body — has since said next to nothing about this previous proposal, and looking at DePaul’s investment funds it is clear that DePaul could be doing so much more to promote ethical economics.

For instance, DePaul has millions invested in Vanguard Mutual Funds, which has strong stock holdings in Monsanto, an agribusiness corporation known for its manufacture of genetically modified seeds and environmentally damaging chemicals such as Agent Orange.

“Those who manage DePaul’s endowment may perceive divestment as a difficult financial decision to make,” Sam Signorelli, SGA’s upcoming senator for mission and values, explains, “which I understand considering how small our endowment is and how we invest it.”

In fact, many ethical companies are financially viable as well. Texas Instruments made Forbes’ 2013 list of the most ethical companies in the world; since 2013, its stock value has increased by more than 27 percent. NextEra Energy, the largest provider of solar and wind power in North America, almost doubled its stock value over the past four-and-a-half years. Or take Microsoft — everyone knows about their vast financial success as well as the philanthropy of the Gates Foundation.

“Do the values of (ethics and profit) clash? They often clash, but I don’t know if it’s necessary that they always have to clash,” Scott Paeth, a professor of religion and business ethics, said. “And ultimately, if the best you can do is provide an example for socially responsible investing, then (even) that’s a worthwhile goal.”

Although ethical investment isn’t as simple as moving money between accounts, I think that the two-fold moral and economic successes of these corporations show that it’s possible for DePaul to play by its Vincentian rules and come out rich as well.

Regardless of how you actually viewed the recent Israeli divest decision, the debate shows that we are at least thinking about how our university invests our money.

Its time to use this energy to create proposals showcasing the affordability of ethical investment practices. A year from now, DePaul could be ethically superior to where it is now. It’s up to us to help that happen.