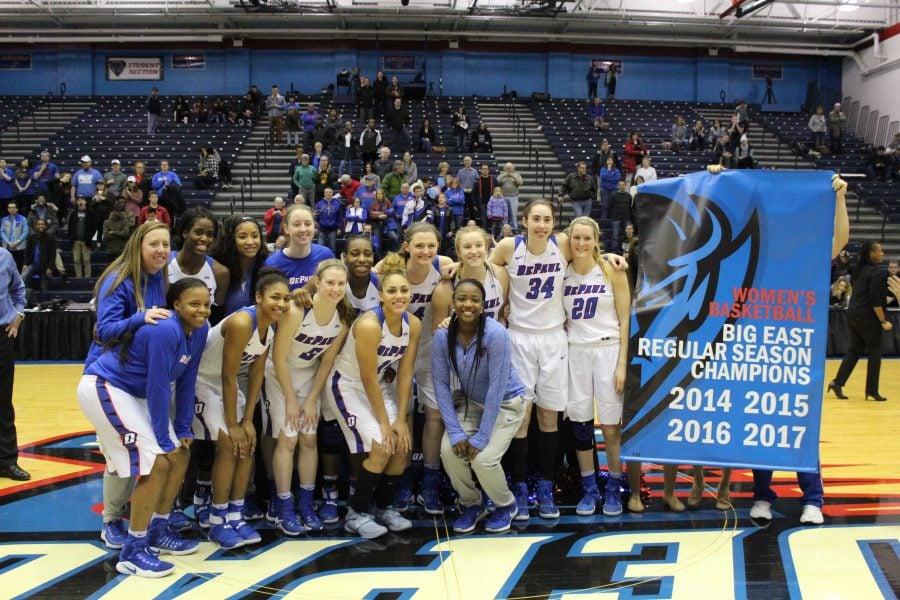 Senior guard Brooke Schulte was named Big East Player of the Year, after stepping in to become a big part of the offense when Jessica January went down. Schulte was also named the conference’s Most Improved Player. She averaged 21.4 points per game in conference play. Schulte is the third straight Blue Demon to win this award with Chanise Jenkins and Brittany Hrynko winning before her.

Senior forward Jacqui Grant was named Co-Defensive player of the year alongside Aaliyah Lewis of St. John’s. Grant averaged 10.6 rebounds per game and had 31 blocks throughout the conference season.

Sophomore guard Tanita Allen was awarded Big East 6th Woman of the Year, which rewards the best contributor from the bench. She averaged 10.6 points per game with an average minute total of 25.9.