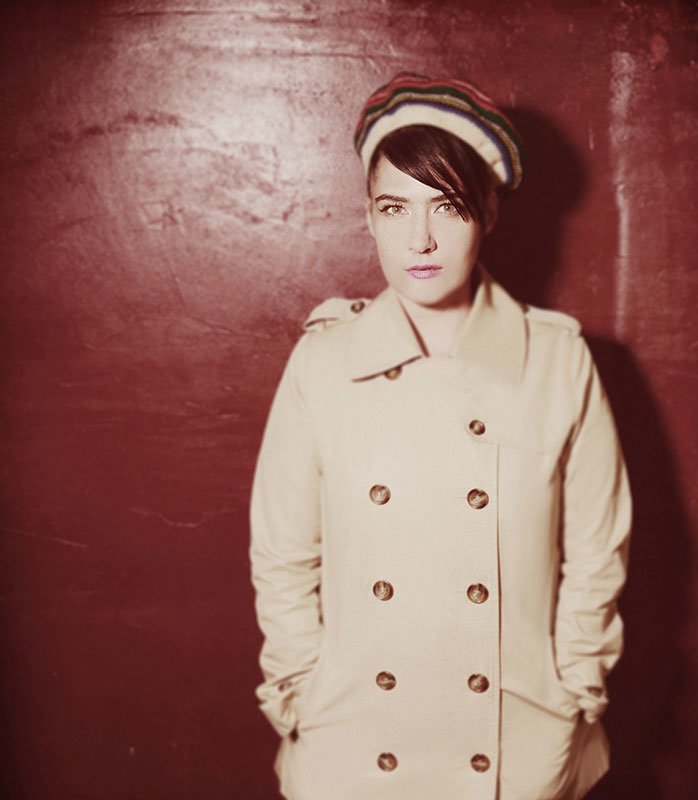 Kathleen Hanna, former lead singer for the band Bikini Kill, who also records under the name Julie Ruin and is a vocal proponent of feminism. Photo courtesy of Kathleen Hanna

In the early 1990s, Kathleen Hanna was on the hunt to find a way to make her voice heard. An active feminist with strong opinions towards sexism, Hanna gravitated towards expressing her beliefs by participating in spoken word poetry and creating unconventional, controversial fashion shows; however, this did not totally satisfy her. As a result, the four-piece, radical feminist punk band Bikini Kill came to be. The band consisted of Kathleen Hanna and a few of her college friends that all wanted to express their views towards feminism but filter it through a punk rock lens. Although they had no intentions of gaining fame, their dominant female presence quickly gained them massive attention.

In the prime of the rise of punk in the late ‘80s and early ‘90s, punk rock was a male dominated scene where women

were welcomed, but only in the corners of the room, away from the stage and center crowd. Although punk shows were a safe place for the “left-wingers” to express their mantra’s against “the man,” the shows themselves were extremely rough and the crowds would shortly turn into mosh pits of men seconds after the music would start. This was clearly a place some  women would feel uncomfortable stepping foot into due to the fear of walking out with an injury, which made punk extremely unenjoyable for the rest of the women wanting to experience the punk scene.

Feeling the pressure as a woman in a male-dominated industry while Bikini Kill rapidly rose in fame, Hanna completely let go at her shows and transformed the audience around her. During her shows, Hanna would command the male audience to “go to the back and let the girls up front” and would throw out any man that wouldn’t cooperate with her demands. She became a radical force that continued to shock people with her stage presence. At shows, Hanna would wear only a bra and skirt with the word “SLUT” drawn on her stomach or dresses with phrases such as “Kill Me” to emphasize her message to anyone not okay with her radical, gender-bending ways. This was all part of the “riot grrrl” movement she was helping to create — using her music to address issues such as rape, domestic abuse and the media’s misconception of third-wave feminism.

As a woman in the music industry, she was supposed to be this perfect, well behaved, sexy, soft-spoken girl, but that is where she felt the need to challenge the gender norms and expectations. She addressed her issues like female empowerment, queer theory and third-wave feminism through punk ideology, but fans rejected it. Many found that her strong stance as a feminist must have meant she was a misandrist or a “lesbian getting back at men”; however, this was completely inaccurate. Because she was breaking the rules of gender appropriateness, she was perceived as a misandronistic lesbian, when in reality, she was a heterosexual feminist who wanted to protect her womanhood.

Not only was Hanna receiving resentment from angry men, but angry feminist women also spoke out, claiming that she misrepresented feminism. Regardless of the backlash, Hanna made both men and women identify with her and the audience loved her for it. Still today, Kathleen Hanna encourages women and especially male musicians to write songs regarding sexism and to challenge traditional gender roles. In an article with NME, Hanna stated, “In terms of men being feminist allies, it’s just important to speak from your own place. I’d love to hear men singing about masculinity and the damage it does to them. I think men having conversations with each other and through songs about the way traditional gender roles cut them off from having the full range of emotions, that it puts them in a place where they’re supposed to be the bread winners when maybe that’s not what they want or can do. That teaches them that the only way to bond with each other is through sexism or racism or homophobia.”

Kathleen Hanna’s ability to break out of the “female perfection spotlight” and act out with her opinions by using her fame for productivity towards feminism, not only makes her one of the greatest gender challengers still today, but of our generation.