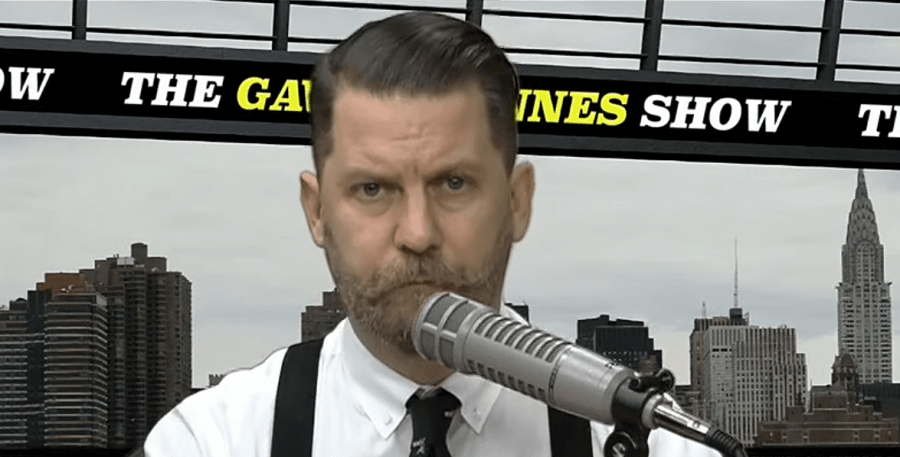 The statement explained how DePaul granted permission to a the DePaul College Republicans (DCR)  to host McInnes. Since then, the president’s office said they have been observing “with alarm” McInnes’ statements, which have encouraged violence against protesters who disagree with his political stance.

DCR issued a statement on their Facebook of disapproval on their page hours after Holtschneider’s email was sent.

“In arguing that he supposedly endorsed violence, DePaul fails to acknowledge the threats surrounding that situation; indeed, rather than a call for violence, they were calls for self-defense,” the statement said  in reference to McInnes’ newly formed news organization, the Proud Boys.

“It is incumbent upon the general populace, especially institutions like universities, to stand up to thugs. (McInnes) was doing just that.”

The Proud Boys includes a military division called the Fraternal Order of Alt-Knights (FOAK) which was formed in response to many of his speaking events being met with protesters.

“In summation, when a Palestinian terrorist convicted of murdering two people came to campus, DePaul was nowhere to be found,” the statement continued, referring to Rasmea Odeh, a guest Students for Justice in Palestine invited to the university in February 2015. “But when a conservative standing up for free speech and self-defense does, apparently there’s a problem.”

“The encouragement of violence, however, has no place here,” Holtschneider wrote. “This is not about the content of McInnes’ speech, but about his public endorsement of violence and the establishment of a military division of his own group, the Proud Boys.”

Some DePaul students believe  McInnes’ calls for violence might be taken too literally.

“I guess it depends on the speaker’s’ opinions,” freshman Nicole Gulino said. “Gavin McInnes’ words are just inciting violence. I don’t know if they were taken out of context in the email, but I don’t really see the point of having him here. He’s not doing anything productive.”

On Twitter, McInnes publically endorsed FOAK, whose members pledge to meet protesters with violence. Upon announcement, the group said it was “seeking able bodies and strong-minded men who can keep a cool head under pressure (and are) comfortable in fisticuffs.”

“We’re the only ones fighting these guys and I want you to fight them, too,” McInnes said at a speaking engagement at New York University in February. “When they go low, go lower. Mace them back, throw bricks at their head. Let’s destroy them.”

John Minster, president of the DePaul College Republicans, said his student organization and the administration met as recently as Thursday, May 11 to discuss details of the event.

Minster even said DCRs were set to receive a total of $11,000 from SAF-B for their event. McInnes’ honorarium would have been $10,000 with the rest mostly going to security. Minster said the university agreed to cap the amount paid on security, while taking care of any other costs they deemed necessary.

“We actually asked DePaul about this back in October, and they agreed with some constraints, such as limiting attendance to only those with DePaul ID cards” Minster wrote in an email. He added that DCRs was not expecting their event to be rejected.

While DCRs are not happy with the administration’s decision to allow McInnes on campus, other students feel differently.

“I thought it was a step in the right direction,” Reynald Satamaria, Social Justice Advocate said of the university’s decision. “Gavin McInnes isn’t bringing anything new. He’s not a philosopher, he hasn’t done any research. He isn’t bringing any new thought besides hate — that’s not new.”

The decision comes nearly a year after DePaul College Republicans hosted Milo Yiannopoulos at an event last May, who was also met with protesters. Since then, the campus has been torn in discussions about free speech and what that means.

“I don’t get why students got so upset about Milo because he’s a known troll. He wants that reaction. That’s what he wants to prove a point,” Gulino said. “It’s not even all genuine, it’s just a facade to irritate the left and show theme how ridiculous they are sometimes.”

Minster said McInnes is a role model for students at universities like DePaul.

“He’s smart, intuitive, funny and has taken an especially prominent role both in the fight for free speech on college campuses as well as the evolving Republican Party,” Minster said. “We’re greatly disappointed in DePaul’s decision and believe they are doing a disservice to the student body in making this choice.”

In a second Facebook post expressing distaste for the university’s decision to not host McInnes, the DCRs addressed Holtschneider directly.

“You’d like us to believe that the cause of your fear of hosting Gavin McInnes as a guest speaker is that he was advocating for violence,” DCRs said in a statement on Facebook. “That, in a sense, he is threatening some kind of ideological attack that you — and by extension me and the rest of the student body — would be unable to endure. I would appreciate it if you were more honest with the community and acknowledged that Gavin McInnes is not the attacker in this situation. The attackers are groups like (anti-fascists) who have pledged to commit acts of violence on campuses like ours to silence views they disagree with.”

Other conservative speakers who have attempted to speak on campus have been cancelled by the administration have been moved to a venue not on DePaul’s campus, which was done with Ben Shapiro in August of 2016. Minster said  the DCR currently do not have plans to host McInnes at an off-campus location. However, Minster added that they would not rule out this option for the future.

Minster also said the group acknowledges that not much can be done in the meantime, since DePaul is a private institution. The university can choose how it follows the First Amendment.

As of May 15, DePaul University is still revising and updating their Guiding Principles of Speech and Expression. The policy is a part of the university’s Speech and Race Action Plan, which was put in place after Yiannopoulos’ visit last May.

“Unfortunately, since DePaul is a private university, there is not much we can do at this time,” Minster said. “While DePaul does promise free speech rights to their students, the legal precedent on that issue is still evolving. (…) That said, we will continue to plan events and hope DePaul makes better choices in the future.”

Other students have their own thoughts on what free speech on a campus like DePaul’s has looked like for DCRs.