New center for undocumented students offers opportunity, but at what cost? 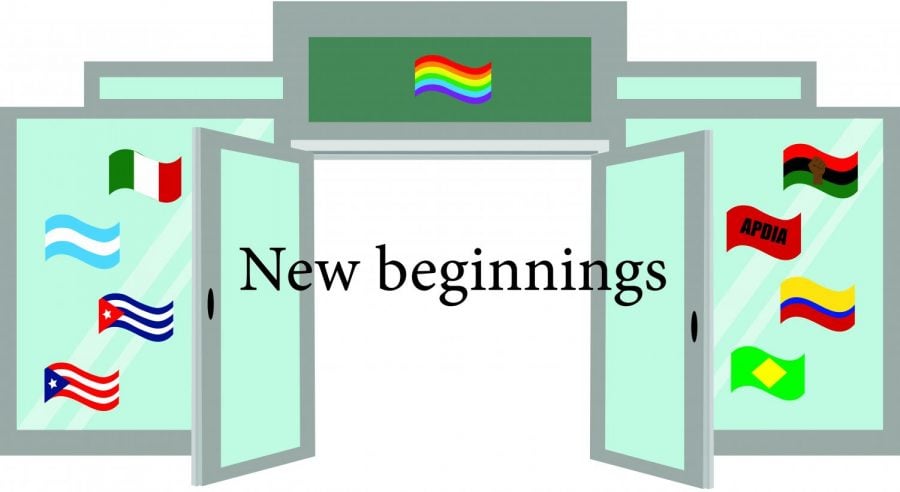 The creation of a center dedicated to undocumented students at DePaul is just getting underway for the upcoming 2017-2018 school year. The university has already successfully created a center to serve African-American students and has stated their intention to create similar spaces for the Latinx, LGBTQA, and Asian Pacific Islander Desi American students.

The Office of Multicultural Student Success (OMSS) discussed where a space for undocumented students would fall under these three separate centers. Gene Zdziarski, vice president of student affairs, is working with a group comprised of staff from Student Affairs, Finance and Financial Aid to develop the implementation process.

“The Office of Student Affairs intends to identify someone as an undocumented student resource person, as well as create the scholarship program that is being funded through the SGA referendum,” said Carol Hughes, university spokeswoman.

The purpose for this new center is to bring resources to benefit our undocumented students at DePaul and allow them to be able to have the support needed.

“They are in the process of forming a working group on this, but there is not much new information to share at this time,” Hughes said.

In addition to the campus asylum and immigration law clinic for students and their families, having an outlet for undocumented students to turn to can potentially be a great opportunity for the university to continue to showcase their support towards undocumented students. But under a Trump administration, even though Chicago is considered a sanctuary city, are the risks too high to provide a space where DePaul is essentially singling out its undocumented students?

Brenda Gonzalez, a first year student at the Theatre School at DePaul, believes the center should be the promise and commitment to bettering the lives of undocumented students at DePaul.

“We cannot let what is happening in Washington D.C. try to stop us from being successful students at DePaul,” she said.

“Trump has made it clear that he wants those who have committed even minor offenses removed from the country. And he has shown even less tolerance for the cities that choose to harbor them,” Dahleen Glanton said in a Chicago Tribune column.

We can hope the center for undocumented individuals will bring a positive environment for DePaul students. It would provide those students to feel safe at the institution they are attending.

“(This is) especially important at this moment in time when there is fear and unpredictably of frenzy whenever Immigration Customs Enforcement (ICE) decides to show up to try to take an individual. The center for immigration will be a statue to remind everyone on campus that DePaul University stands with immigrant students,” Gonzalez said.

In an effort to continue the path of these new centers, a student input session took place on Thursday to discuss the structure. Latinx students gathered with the administration to address what the university is lacking in its involvement to support the Latinx community at DePaul.

The concern was whether building three new centers would bring separation among students. Where is a student who identifies as undocumented, Latinx and LGBTQA supposed to go when they need help?

Being an immigrant is the identity and everyday life for many students. These centers are meant to provide a clear point of contact.

“Our common goal should be to support each other as marginalized communities and to accept each other,” Gonzalez said. “I think anyone that identifies themselves as just more than Latinx, African-American, LGBTQ and/or undocumented should be embraced wherever they may see their identities reflect.”

Students coming together to voice their concerns in the university has been greatly impactful and beneficial to many. It’s strong-willed groups like these that encourage others to speak up and be heard.