Mamby on the Beach delivers strong Chicago based performances 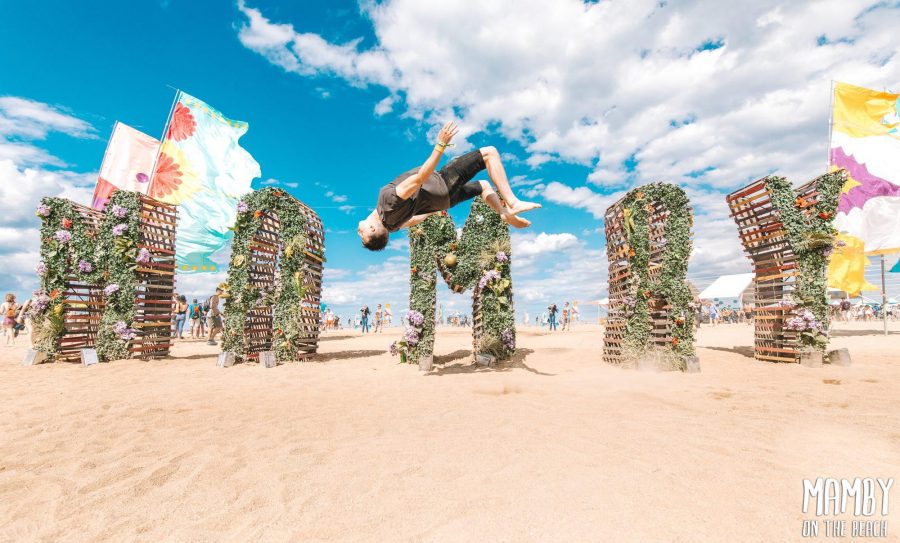 2017 is Mamby on the Beach's third year in production. (Photo courtesy of React Presents / Facebook)

Mamby on the Beach, curated by React Presents, celebrated their third year at Oakwood Beach this weekend. Bringing to the beachside well known headliners such as Walk the Moon, MGMT and Tchami, Mamby saw about 30,000 attendees this year.

With the backdrop of Chicago’s downtown skyline and a strong breeze from the lakefront, the MixMag tent kicked off Mamby with a strong house set from Groove Animal, a Chicago native whose debut album is set to drop this summer.

The sound of house and techno powered the MixMag tent Saturday due to performances from newcomer Fancy Fux, another Chicago based DJ who brought the city’s popular juke beat, to internationally recognized DJ and producer Sam Feldt who had the crowd dancing to his deep house mix. Both warmed up attendees for Saturday’s MixMag headliners The Magician and Tchami who ended Mamby’s first night on a high note.

On the other side of the beach, the beach stage featured artists of similar taste, yet different sound. Marian Hill rocked their afternoon set with a saxophone infused harmony mixed with electro beats. They played their popular songs “Down” and “One Time;” the featured hits were the highlight of their set. The electric pop duo expanded their discography outside of their albums when they had the crowd singing to Whitney Houston’s “I Wanna Dance With Somebody.” Indie electro pop group Miike Snow set the stage for headliner MGMT who played their scarcely performed hit “Kids.”

The park stage stepped away from the electronic vibes and hosted a more alternative sound for Mamby. With Local Natives (who played DePaul’s Fest in 2014) playing songs from their new 2016 album ‘Sunlit Youth.’ They had the crowd singing along to classic hits from their previous albums “Hummingbird and Gorilla Manor,” MisterWives continued with an alternative sound and ended Saturday night at park stage.

Klingdale played his self-described “melodic house” set and sampled popular hits. Frequent visitors to Chicago, indie electro pop group STRFKR played a mix of their popular hits. Both led up to much anticipated Cut Copy, which paid homage to pride day and played their hit songs including “Hearts on Fire.” Walk the Moon ended the night at the beach stage and had the crowd dancing to their hit “Shut Up and Dance.” Simultaneously, Green Velvet played his highly anticipated set at the MixMag tent.

He ended the night with a crowd-pleasing hour and thirty minute Techno set where he featured his well known beat “Perculator.” In a celebration of his 25th anniversary of his record label, Relief Records, Green Velvet played his Techno hits “Preacherman” and “Voicemail.”

Creating a two day musical escapade of groovy electro artists with a few alternative and R&B in the mix, Mamby on the Beach 2017 is a festival that Chicagoans are sleeping on. The view of Chicago’s skyline and beach access alone are worth the boast, leaving attendees looking forward to next year’s fest.