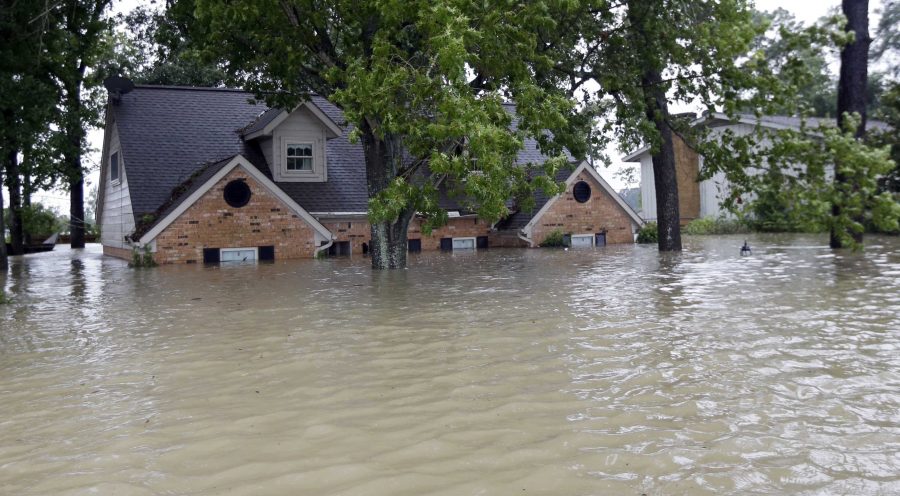 Law student Liz Rocha is on the board of DePaul OUTLaws, the LGBTQA group in DePaul’s College of Law. She met Rodriguez the previous year as a representative for her fellow first-year law students when Rodriguez was president of the organization.

Rocha said another law student on the board, treasurer Andy VandenBerg, came up with the initial idea to help Rodriguez who, due to her father’s poor health, had moved home to Texas to complete her law degree as a visiting student at South Texas College of Law in Houston, Texas.

Afterwards, the board discussed and ruled out various means of helping Rodriguez. They considered collecting clothing and shoe donations, but it didn’t make the cut.

“If we got clothes we’d have to ship it and where would we ship it?” Rocha said. “Us being in Chicago, we realized the thing we could probably best do for her was to give her money.”

They decided to create a GoFundMe as the most efficient and effective way to help Rodriguez. The money raised would seamlessly be transferred to her bank account.

“During this disaster Jessica has lost her home and all personal belongings,” the fundraiser description states. “Although we can’t help her replace all her things, please help make buying new law school books, school supplies and work clothes, one less thing for her worry about [sic].”

Being part of the law school, Rocha and the rest of the OUTLaws board and members understand how expensive textbooks can be.

“Legal books one semester are at least $500,” Rocha said. “We thought if we could at least get her money for that, that would be helpful.”

The page went up on Monday, Aug. 28 and began receiving donations promptly with VandenBerg being the first to donate, unbeknownst to Rodriguez.

“They were excelling members and are now the new leadership,” Rodriguez said about Rocha and VandenBerg’s involvement in their shared organization. “I didn’t even know about the fundraiser until a mutual friend texted me… I cried. I mean to have friends that care so much like that, not just them for starting it, but people who pitched in their hard earned money. It was a flooring emotion. Classmates, my assistant dean, and even strangers donated.”

It was an emotional week for Rodriguez and her family when the Category 4 hurricane barrelled into south Texas from the Gulf of Mexico on Aug. 25. Heavy winds and rain increased despite Harvey being downgraded to a tropical storm. As the rain continued beating down onto the concrete jungle of Houston and its surrounding suburbs, water flooded the streets accumulating to nearly 52 inches of rain.

On Saturday, Aug. 26, the water began pouring in from the creek near Rodriguez’s house, which sits four feet above street level — a safe distance from the flooding, Rodriguez thought.

On Sunday, the water reached the house, and by evening had forced its way inside. Pools emerged from the driveway, to the garage, to the living room and finally up the stairwell.

“In our house (the water) was up to our waist,” Rodriguez said. “There was no electricity, no A/C. Tornado warnings. All the bad things that could happen were happening.”

In the house were Jessica, her wife, mother, father, brother and her brother’s friend. Not to mention their four dogs. When the impossible became inevitable, she and her family gathered the necessities: changes of clothes, wallets, phones. Her mother made sure to grab the bag where she keeps everyone’s birth certificates. Meanwhile someone rushed to a nearby intersection and found the Coast Guard and sheriff.

A boat arrived to see what would have been a comical sight if not for the floods of rain water and the neighborhood drowning within it: Jessica and her wife each carried a lap dog in backpacks that hung on their chests. Her brother and his friend carried the two bigger dogs.

“Walking in the water so high up and seeing how frozen in fear our puppies were was terrifying,” Rodriguez said. “As soon as we got on the boat and saw our house disappear in the distance, even my dad started to cry.”

In the midst of the destruction, chaos and tears, Rodriguez maintained a positive and forward-looking attitude.

“There’s no point in getting negative about it,” she said. “What’s done is done, and well, we are immigrants. We moved here after we lost everything in Mexico and we are used to starting from little or nothing.”

In tragedy, Rodriguez found help and community as abundant as the wreckage.

“The silver lining has been the wonderful help that everyone has given us. A friend’s family called to help… gave us shelter and a car,” Rodriguez said.

In addition to her previous DePaul OUTLaws cohorts extending help, Rodriguez also received a call from a former professor during her time at DePaul, associate professor of law Wendy Epstein.

“She emailed me right away and told me she was thinking of me and hoped I was okay,” Rodriguez said. “She didn’t even know what had happened yet, but that shows you how much professors care about their students.”

“As I saw the coverage of the storm she was definitely on my mind,” Epstein said. She had had Rodriguez in two different classes during Rodriguez’s two years at DePaul’s law school and knew she was completing her degree back home in Houston.

“(Professors) obviously teach students substantive material, but it’s not just that. We care a lot about their lives, their well-being, physical and mental and professional,” Epstein said on her relationship with her students.

An email checking in and an online fundraiser, albeit small gestures from 1,000 miles away, significantly impacted Rodriguez during the harrowing experience and delivered nostalgia for her home at DePaul.

“I’ve been blessed to be a Blue Demon,” Rodriguez said.

The 26-year-old will return to Chicago to receive her Juris Doctor degree and walk across the stage at DePaul’s graduation upon completing her final year at South Texas.

For those interested in donating to Jessica Rodriguez and her family, the GoFundMe account can be found here.