The National’s time off shines in “Sleep Well Beast“ 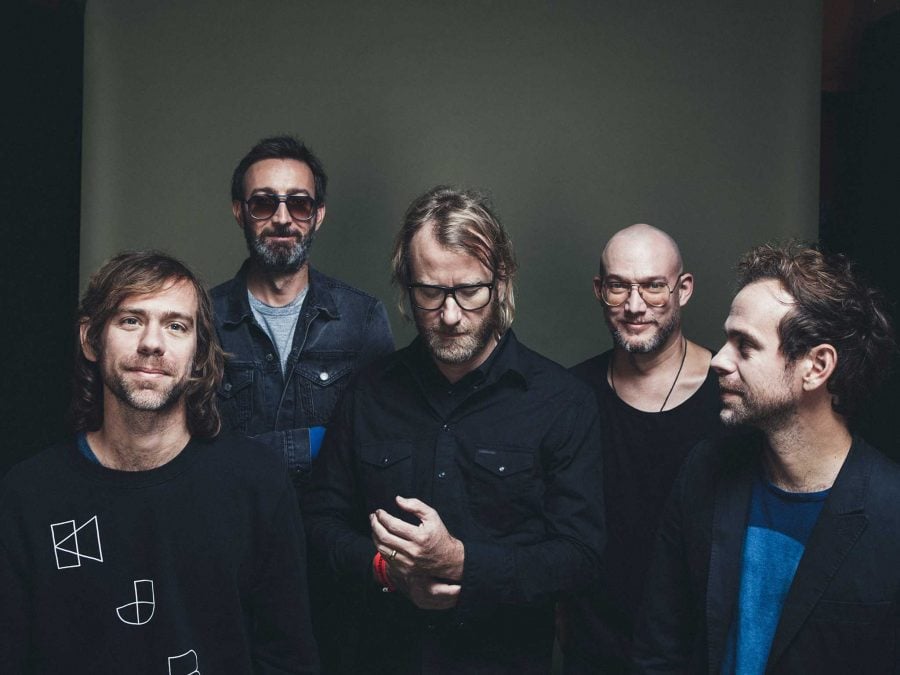 The band is comprised of Matt Berninger as lyricist and vocals, the Dessner Brothers (Aaron and Bryce) on guitar and the Devendorf brothers (Bryan on drums and Scott on bass). During the band’s four years apart between album “Trouble Will Find Me” and the “Sleep Well Beast,” a lot of individual projects were in the works for the band members.

Berninger had been working on his side project EL VY. They released their debut album, “Return to the Moon” in October of 2015. The album showcases a sound of Berninger that The National’s fans have never met. As expected, Berninger’s usual morose lyrics shine through in his EL VY album. But there is an overcast of keyboard-heavy beats that create a quite confusing mood throughout the compilation.

This was not surprising since the Dessner brothers are typically the sound powerhouse behind The National’s songs. Without that duo, Berninger brought his lyrics to the table and they were paired with tunes that weren’t so fitting.  This was present in pop-sounding tune “Return to the Moon,” where melancholy lyrics hit an inappropriately up-beat background.

While Berninger was delving into a more pop-based music world, the Dessner brothers had their own projects going on. Aaron Dessner was the more active of the two, doing a lot of collaborations with Justin Vernon of Bon Iver in the four years The National had been apart.  This included co-founding the Eaux Claires Music Festival in 2015, a festival that brings musicians together in Eau Claire, Wisconsin—Vernon’s hometown—with the goal of collaboration.

The festival brought together the members of The National in 2016 to perform during the Day of the Dead tribute to The Grateful Dead. The festival is going into its fourth year this summer and will continue to have heavy influence from Aaron. Together, the Dessner brothers scored the film “Transpecos” together in 2016.

The National’s other pair of brothers, Bryan and Scott Devendorf, teamed up in the creation of the band LNZNDRF. The band released their self-titled debut album in 2016 and played the album at Eaux Claires that year. A Pitchfork article stated  that the brothers recorded the eight-track album in only two and a half days. The psychedelic sounds of LNDZNDRF is a quite impressive shift from the brothers typical gig working on The National.

With music similar to that of New Order or DIIV, the Devendorf brothers truly impress with this side project. No surprise, heavy drum and bass shine throughout the album and create hypnotic jams. Second track, “Beneath the Black Sea,” is nearly a seven-minute song that has a mesmerizing intro, like most of the songs on the album. What’s different is the lighter feel and fresh element the song brings to the album as a whole. The song is inspiring due to the orchestral character that is comparable to work from band Collections of Colonies of Bees.

Having time for the members of The National to explore other musical boundaries brought a slightly different taste of The National to fans with “Sleep Well Beast.” The album is speaking of life and how to persevere through it—similar to albums of the past. However, “Sleep Well Beast” is more experimental, as the album is said to speak to Berninger’s political beliefs and the sleepy state that the U.S. (the beast in this case) has been in, with regards to the recent presidential election and the environment.

First song, “Nobody Else Will Be There,” sounds like Berninger’s usual complaint of being tired and wanting to be alone. This has been a consistent theme throughout The National’s introspective rock albums. Berninger sings of not wanting to be social with others, and how to leave social situations quietly. The line, “Goodbyes always take us a half hour, can’t we just go home?” is similar to that of, “Didn’t anybody tell you how to gracefully disappear in a room?” on the song “Secret Meeting” from 2005 album “Alligator.”

These are similar in the sense that Berninger has always struggled with the idea of being around others because all he wants to do is slip away discretely into the abyss of his own sadness and perhaps sleep so that things can resolve themselves. “Nobody Else Will Be There” is speaking more specifically to the problems Berninger feels he faces politically. The tone is that perhaps if he sleeps, all of the nation’s problems will be resolved upon him waking up.

“Walk It Back” shows vocal delivery influence from EL VY and melodic influence from LNZNDRF that’s very hypnotic. About halfway through the song, another voice appears slightly behind the music that states, “People like you are still living in what we call the reality-based community. You believe that solutions emerge from your judicious study of discernible reality. That’s not the way the world really works anymore. We’re an empire now, and when we act, we create our own reality. And while you are studying that reality – judiciously, as you will – we’ll act again, creating other new realities, which you can study too, and that’s how things will sort out. We’re history’s actors, and you, all of you, will be left to just study what we do.” This quote derives from former White House Deputy Chief of Staff Karl Rove, who said this to journalist Ron Suskind. In the song’s case, the higher power—government—is speaking directly to you—the citizens. Berninger utilizes this aside to get the listeners thinking about the state of politically instilled fear he believes we are in.

Continuing through the album, “The System Only Dreams in Total Darkness” or “Turtleneck” show a lot more guitar upset, incomparable to anything the band has done before. Most likely due to Aaron Dessner’s collaboration with various artists through the Eaux Claire scene, where he was heavily involved in the coordination of Day of the Dead. This tribute was likely to evoke more traditional rock influence into Dessner’s typical mellow-indie constructions.

The album closes with “Sleep Well Beast,” a song of ultimate hope for the nation as we move forward. Berninger asks the beast (U.S.) to sleep well so that once it wakes up change can hopefully start to occur.

It’s overall difficult to see an album as exactly what the artist had intended—especially with the abstract nature of The National’s albums. The listeners can take the music any way they want or need in the moment. This album, is about The National being more experimental. Good or bad, it shows growth. The time apart on individual projects created this growth together and that’s the important aspect of this album.

“Sleep Well Beast” is the ultimate product of each band member stepping to the side for a few years and working on what interests themselves, figuring out what sounds they like and what sounds they want to strive to create. All of the side projects done throughout the four years were used to make “Sleep Well Beast,” and that combination creates a truly unique album that The National fans have never heard before.

The National will head to Chicago for two nights on Dec. 12 and 13. They’ll be at the Civic Opera House, a spacious, yet intimate venue for the new material.