Film Festivities: A look into the Chicago International Film Festival 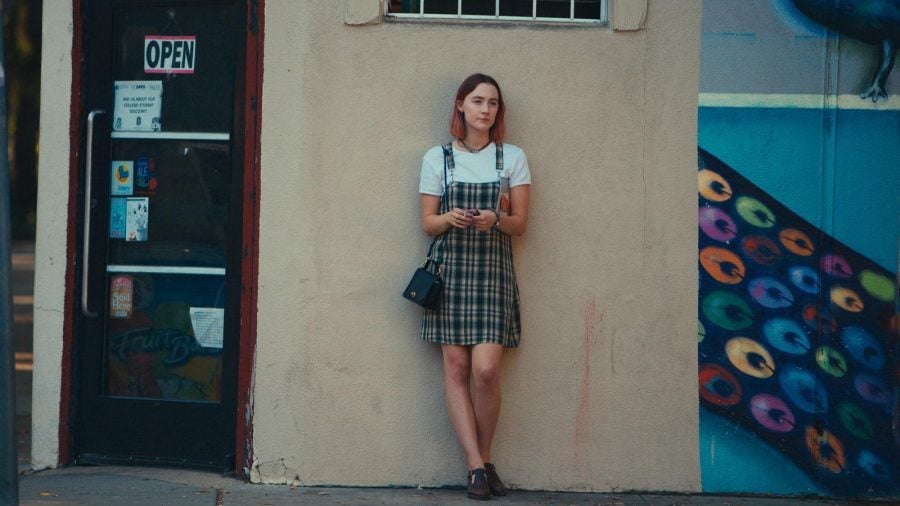 As award season is fully underway, film festivals are taking place every other weekend and the word of mouth is spreading for films that greatly deserve it. Last year, the Chicago International Film Festival welcomed films like “Arrival,” “La La Land” and “Moonlight.” If you have any inclination of the Oscars last year, these three films were scattered all across the board at the ceremony, leading up to that horrendous Best Picture fluke. Chicago is a city for great films, both locally and internationally. The festival is prime for showcasing films from both here and abroad that are world class, critically acclaimed and highly anticipated.

Running from Oct. 12-16 at AMC River East, films like Martin McDonagh’s  “Three Billboards Outside Ebbing, Missouri,” Greta Gerwig’s “Lady Bird,” Guillermo del Toro’s “The Shape of Water” and a DePaul CDM professor Alireza Khatami’s debut film, “Oblivion Verses” will be screened throughout the duration of the festival (usually with a post-screening Q&A). Ticket passes and special student deals are available on the Chicago International Film Festival website. Make sure to secure your tickets soon because these popular films go quickly. Also featuring a tribute to Michael Shannon and Jane Fonda, the festival includes shorts, documentaries and industry panels for festivalgoers to fully utilize their time at a great festival.

The Shape of Water

From the mind of “The Hobbit” and the exceptional “Pan’s Labyrinth,” Guillermo del Toro is back in the Oscar predictions category with his next film, “The Shape of Water.” Starring Sally Hawkins and Octavia Spencer, we are in the backdrop of the Cold War era in 1962 where Elisa (Hawkins) is trapped in a life of isolation in a high-security government laboratory. The film has been having a fantastic run in the film festival circuit, completing trips to Toronto and Telluride and opening to rave reviews. The Chicago International Film Festival is hosting “The Shape of Water” as its closing night film, along with a tribute to Michael Shannon, who also stars in the film. The film hits theaters in December (a prime slot for Oscar bait) so catch an early screening at the festival and you won’t regret it.

Greta Gerwig’s solo directing debut (she directed “Nights and Weekends” with Joe Swanberg) is the Centerpiece Film at the Chicago International Film Festival. “Lady Bird” is accomplishing a highly successful run at recent film festivals generating a tremendous amont of buzz on film Twitter and alike. The coming-of-age film stars Saoirse Ronan as the Lady Bird, Timothée Chalamet and Odeya Rush. Gerwig’s script is semi-biographical to her own upbringing in Sacramento, as the Lady Bird spends a summer dreading looking for colleges, socializing with her friends, and throwing witty remarks at her mother. The film screens at the festival at 8 p.m. on Oct. 18. The special presentation will be a hard ticket to come by, so make sure to secure one fast so you don’t miss out until Nov. 3 when it hits theaters.

Martin McDonagh’s (“In Bruges” and “Seven Psychopaths”) darkly comic drama is another highly anticipated premiere at Chicago’s film festival. The film stars Frances McDormand in a stand-out role as a mother who challenges the local authorities to solve her daughter’s murder by setting up three billboards outside Ebbing, Missouri to personally trigger them. The vulgar and aggressive McDormand plays a role that hasn’t been seen in her recent projects. Also starring Woody Harrelson and Sam Rockwell, the film will be released mid-November. Another special presentation, the film screens at AMC at the Chicago International Film Festival at 8 p.m. on Oct. 21.

DePaul CDM professor Alireza Khatami is making his feature debut with “Oblivion Verses.” Recently, the writer/director won the Orizzonti Award for Best Screenplay at the Venice Film Festival. The Iranian director had Spanish actors shooting the film in Chile with production companies from The Netherlands, Germany, France and Chile. The film follows an elderly caretaker of a remote morgue as he finds a young woman killed during a protest that embarks him on a magical journey to give her a proper burial before the militia returns. “Oblivion Verses” screens at the festival at 6 p.m. on Oct. 20 and at 1:45 p.m. on Oct. 21.