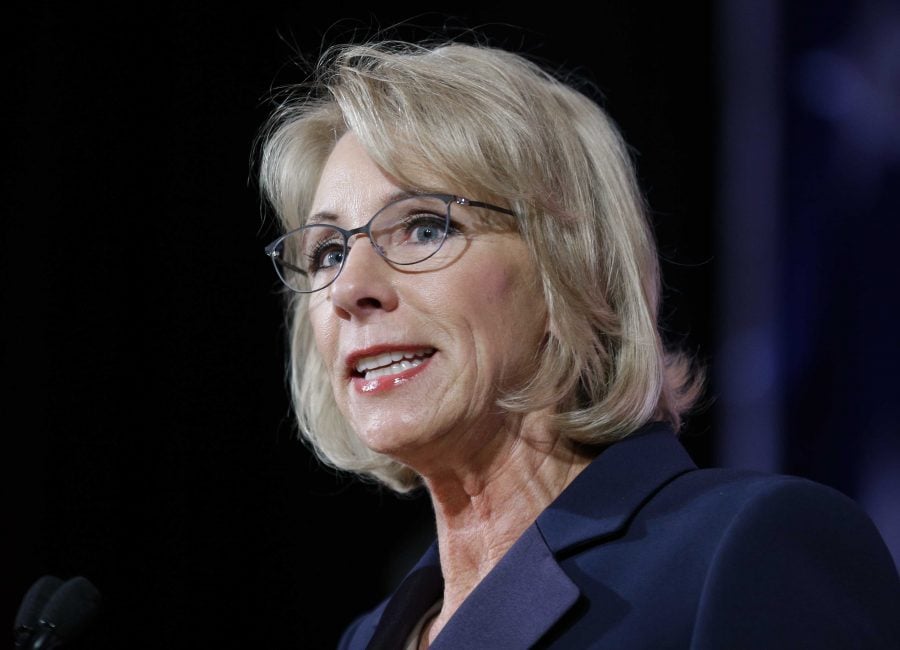 Secretary of Education Betsy DeVos announced in September that the Department of Education would be rescinding an Obama-era guideline that outlined how schools should handle a sexual assault. The announcement was a shock to many, and left people wondering how colleges, including DePaul, would handle sexual assault policies from here on out.

DeVos claims that the decision to pull back the 2011 “dear colleague” letter, which was introduced by the Obama administration, had gone too far and would treat those accused unfairly. Instead, DeVos opted for an interim guidance that allows schools to choose when there would be enough proof.

While many applauded the decision to allow schools to set their own limit for a standard of proof, others were alarmed at what this could mean for sexual assault victims moving forward. 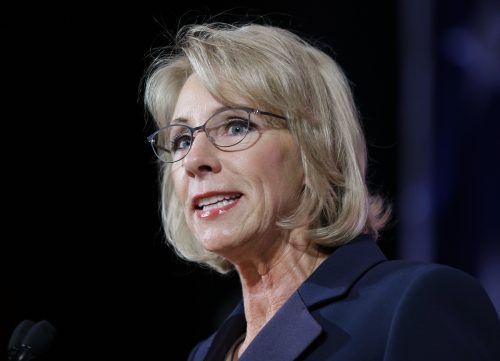 On Sept. 25, DePaul sent out an email stating they will be “thoroughly reviewing this new guidance to determine any possible implications for our policies and procedures” in an attempt to settle any uncertainty that students on campus have.

“DeVos doesn’t understand what students go through when they experience sexual assault and rape, and it’s pretty evident in her new plan to sweep it all under the rug,” freshman Anna Wolf said.

Currently, DePaul’s policy for sexual assaults depends on what the survivor is asking for from the school. If any sexual or relationship violence is reported to the Title IX office, coordinators will give information to the survivor about on and off-campus resources and options for addressing the situation to law enforcement and through the university.

“Students are made aware about where they can speak about an issue confidentially and they’re also told about (the Title IX office),” Title IX coordinator Karen Tamburro said about the process for students who are reporting an assault.

Despite the work that the Title IX office and Health and Wellness Center do to talk about sexual assaults on campus, some students don’t think it’s enough. Senior Sadie Hellstrom took it upon herself to start a club that is aimed to raise awareness about sexual assaults, called Advocates for Sexual Assault Prevention (ASAP). The club, which is set to officially start in the upcoming months, works with students on what to be aware of to prevent sexual assaults to the best of their abilities, while also how to help survivors.

“Our main focus right now is to hopefully meet once or twice a month and just talk about sexual assault prevention,” Hellstrom said. “It’s so common on college campuses and also since we live in a big city, it really can happen anywhere.”

Hellstrom decided to create ASAP after transferring from another university that had a similar club and realizing that DePaul didn’t offer somewhere for students to speak openly about this issue. Her main priority with ASAP is offering students “a safe space if they were sexually assaulted” so they can talk about their experiences or get the help they need.

Hellstrom says that this isn’t a “white, straight girl club” and that she wants to create a club that is inclusive no matter of gender, race and sexual orientation. “We want everyone to feel welcomed and feel like they can come in and talk,” Hellstrom said.

Despite DeVos’ decision to rescind the prior sexual assault guidelines, students still have options on campus to allow their voice to be heard. Tamburro says that she is there for students every step of the way after an assault and that DePaul has no plan to change their current Title IX policy.

“What we have in place balances the needs of the community with the needs of the survivor as well as the instances involving referred students,” Tamburro said. “And while we’re examining different practices, at this point the “dear colleague letter” has been rescinded but no new policy or guidance has been issued by the Department of Education, and what we don’t want to do is have a reaction that isn’t truly thought out.”