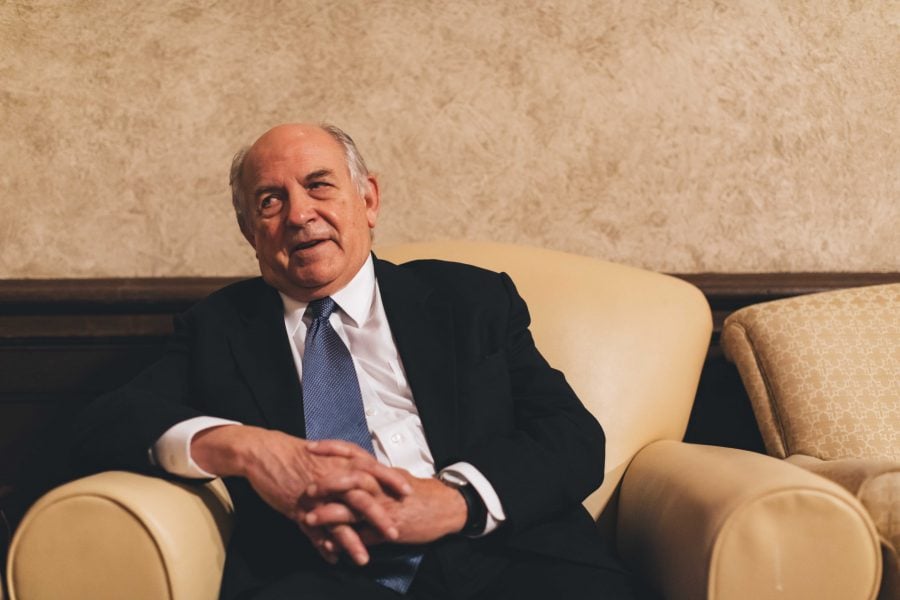 Charles Murray is the author of "The Bell Curve" a controversial book for claiming people of color are genetically inferior to their white counterparts.(Josh Leff/The DePaulia)

Josh Leff and Amber Colón
The DePaulia assembled a team of four reporters and a photographer to cover controversial speaker Charles Murray on Wednesday. Only one reporter was allowed inside the event (and no recording or photography was allowed inside whatsoever). Three others stayed outside collecting interviews, photo and video, as well as updating our social media accounts and covering other on-campus counter-activities.
The event sparked talk of protests on Facebook days before, and on the day of the event over 100 students braved the cold, rainy day in November to make their voices heard via megaphone and signage. John Minster, president of the College Republicans, told The DePaulia that his organization paid Murray a $10,000 honorarium.
The event included the presence of Chicago police, Public Safety officers and a privately contracted security company. Murray is one of the first speakers to visit DePaul, that was also controversial enough, to spark a large student protest since Milo Yiannopoulos visited in May 2016.
Full story here.
Delete Image
Align Left
Align Center
Align Right
Align Left
Align Center
Delete Heading