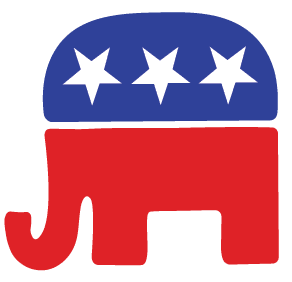 We are exceedingly happy with the event we put on last Wednesday. Dr. Charles Murray gave students a new perspective to consider when thinking about class structure in the United States; he got to give his lecture, audience members got to ask questions and protesters got to protest. No one’s speech was infringed upon, no one’s voice unheard.

Some credit should also go out to the DePaul administration. Despite our clashes in the past, they did everything necessary to make this event successful, and for that we thank them. In the future we hope to continue to put on thought-provoking discussions like this, while we also want to continue to encourage protesters to actually join the dialogue rather than fight against it. It is what our university system demands and our education needs.[/accordion]

[accordion title=”College Democrats: DePaul not a government; must act with concern for students” load=”show”]

By hosting Charles Murray, DePaul submitted to the tide of bigotry that has become increasingly emboldened in the last year. The idea that DePaul is obligated to provide Murray a platform to “facilitate discussion” or “encourage communication” ignores the fact that he does not want to engage in discourse. Murray’s theories have been debunked and debated from the classrooms of DePaul to the floor of Congress. We know without a doubt that what he spouts as “theory” is merely an excuse for people to justify white supremacy. White supremacy relies on a willful refusal to “discuss” and “communicate.” Murray was not invited here because the DePaul Republicans wanted to challenge him on his empirically false ideas — they brought him here because they agree with him.

If people want to hear Murray’s opinion, they may buy one of his many books, read one of his opinion pieces in any one of America’s mainstream newspapers, or visit the webpage of his think tank. Murray is not without influence or platform. If DePaul had refused Murray a microphone to spew bigotry, they would have been perfectly within their rights as a private institution and their values as a Vincentian organization. DePaul University is not the government, and it does not owe racists a platform to speak.

There is no illusion that refusing Murray in any way lessens his external presence, but as a university, DePaul has the responsibility to understand the ramifications of the words it lends credence to. A university is accountable first and foremost to its students, and it cannot claim to value people of color, poor students and women, and then host Murray. To do so is to willfully disregard the values of social justice and community service.

In an email sent out by Student Affairs the day before the event, DePaul made it clear that the views of Murray did not reflect those of the university. If Murray’s views are antithetical to the university and Vincentian values, and to the idea of a critically thinking populace, why host him at all? Marginalized people have faced enough oppression in their lives. To have their university — a place that said it was excited to have them and invested in their future — host a founding father of scientific racism is insulting.

When asked to host Murray, DePaul should have said, “Charles Murray is racist and sexist. You come to college to learn at the very least, why those things are bad and maybe to become less so yourself.” Instead, they chose to embolden the ideas of a bigot and send an email to their students talking about values. Talk is cheap, and DePaul is broke. [/accordion]

The DePaul Socialists were part of the coalition of students that organized a successful protest against Charles Murray on campus this Wednesday, as well as the contingent that registered for the event and staged a walk-out when Murray began to speak. At the beginning of the event, John Minster, President of the DePaul Republicans, acknowledged that there was going to be a walk-out and invited those students to stay, listen to Murray’s talk, and engage in the question and answer portion of the event. The students chose instead to refuse to listen to a racist pseudo-scientist and joined the protest outside. Some people have questioned why, if we were there to oppose Charles Murray, we did not stay in the event and challenge him in the question and answer portion.

First, it is important to understand that we were not there to protest the fact that the DePaul Republicans were allowed to bring Charles Murray to campus. We support free speech for students and are not in favor of giving the DePaul Administration more power to restrict student groups for two reasons. The first is that the far right on campuses often tries to argue that they are oppressed or unequally restricted; we do not need to feed this false narrative in order to oppose them.

Secondly, administrative restriction of speakers and political activity historically results in negative repression of progressive or leftist student groups as well. If the administration itself had brought Murray to DePaul, we would have absolutely called for the cancellation of the event. Instead, we were there to protest Murray’s racist, sexist and classist ideas and to show the DePaul Republicans that they are the political minority on campus.

With this goal in mind, we agreed that a loud, well-organized protest would be more effective than directly challenging Charles Murray through the question and answer portion of the event. Murray’s ideas have been debunked by countless academics and he has refused to acknowledge the legitimate critiques of his misleading use of correlations as causal effects. Debating Murray directly would not have changed Murray’s ideas and the private nature of the event would prevent debate from influencing anyone outside of the people who were already supportive of his racist agenda. If the DePaul Republicans are genuinely interested in an open exchange of ideas, then they should participate in a formal debate with those of us who do not agree with them.

In the interest of providing a full and open discussion, we would like to challenge the DePaul Republicans to a public debate during the winter quarter. [/accordion]
[/accordions]