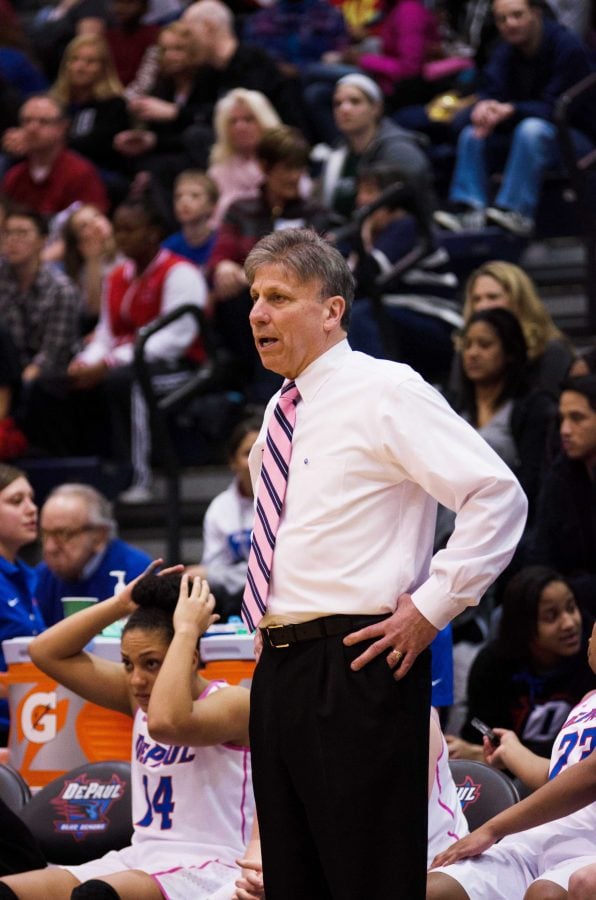 Doug Bruno will be an assistant coach to Team USA for the third time. Photo courtesy of DePaul Athletics.

DePaul women’s basketball head coach Doug Bruno will once again join USA basketball to be an assistant coach for the World Championship team.

This will be the third time Bruno has been asked to be an assistant coach, helping the United States get gold medals in the 2010 FIBA World

Championships and the 2012 Olympic games. He will be joined by Cheryl Reeve, head coach of the WNBA’s Minnesota Lynx and Dawn Staley, head coach at the University of South Carolina. Connecticut head coach Geno Auriemma, who is coming off of an undefeated national championship season, has served as head coach for the team since 2009.

Bruno says he will have no problems going from being a head coach at DePaul to being an assistant with Team USA.

“I really believe that coaching is a service profession and a leadership profession,” he said. “So when you look at your position as a coach as a servant-leader, then it really doesn’t matter if you’re the head coach or the assistant coach.”

While he is away, Bruno expects the team leaders at DePaul to step up and carry the team before the season starts.

“I’ve got a great assistant staff (at DePaul) and fortunately, we have great players here that are also great people,” he said. “I’m excited for the opportunity for my assistants to step up and lead and I’m really excited for my captains and the returning team to take the bull by the horn and take ownership of their own program.”

Despite the recent success by the United States in international play, Bruno says that the success brings about more pressure to repeat.

“We haven’t lost in a long time and we have the best players and yet it’s still a lot harder than people think,” he added. “All you have to do is lose once and you go from hero to goat real fast.”