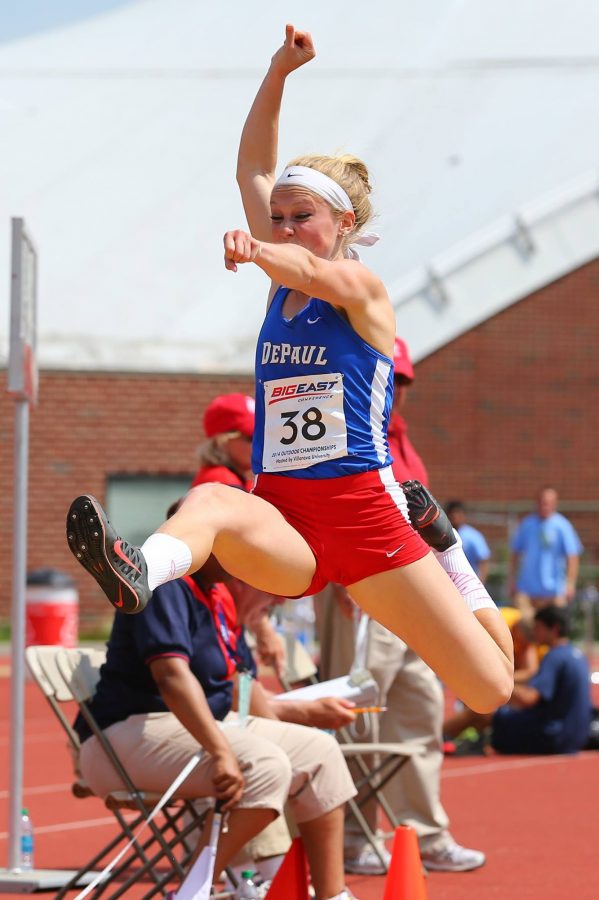 DePaul’s track and field teams are coming off a strong performance at the Big East Track and Field Championships, as the men won second place and the women placed fourth.

Babicz was pleased with his team’s performance, especially since the men’s team improved upon their indoor season results.

“It was awesome,” Babicz said. “We had lofty goals going into the outdoor season seeing how we did in the indoor season and we wanted to finish higher than third.To come home with a second- place finish is incredible.”

One of Babicz’s goals going into the meet was to win the most outstanding field performer award, which he did by breaking the Big East Championship record with a shot-put throw of 19.27 meters, a career-best.

“It’s an awesome award that only one field athlete gets,” he said. “It’s really exciting and it’s an honor and it was definitely something I was striving for. “It was definitely a goal I had at the meets and in terms of my performance.”

had several championships. “I think the team did a really great job,” she said. “The men’s and the women’s teams made steps in the right direction and we’re really proud of both.”

Hines also said that the results at the Big East Championships are indicative of the team getting stronger as a whole.

“Our track and field program has always been a strong program, but in the Big East conference that we were in, we didn’t have the talent that put us at the top tier of the Big East,” she said. “Now we’ve recruited some really good athletes and the team has taken a whole new base.”

Hines said that this year’s championship should be regarded as a huge accomplishment for the program. “The fact that the men almost won the Big East and the fact that the women were a few points away from getting third in the Big East is a huge accomplishment for the team and for the athletic department as a whole,” she said. While the season is over for the teams as a whole, there are still individual competitions for some of the athletes. Even though he will most likely be participating in the regional competitions to get to nationals, Babicz will have another year to try and accomplish the rest of his goals.

“I did throw my outdoor best but I still think I have a lot more in the tank and I’m still a little upset that I didn’t throw a little bit further,” he said. “But I still have one more season left and more chances to accomplish some other goals.”

There was more good news for the Blue Demons that came out this past week as seventeen Blue Demons were named for the Big East all-conference team. Ten on the men’s side were named, including Matt and Anthony Babicz as shot-puts, and Xavier Jones and Trevor Kintyhtt, who helped DePaul sweep the discus throw.