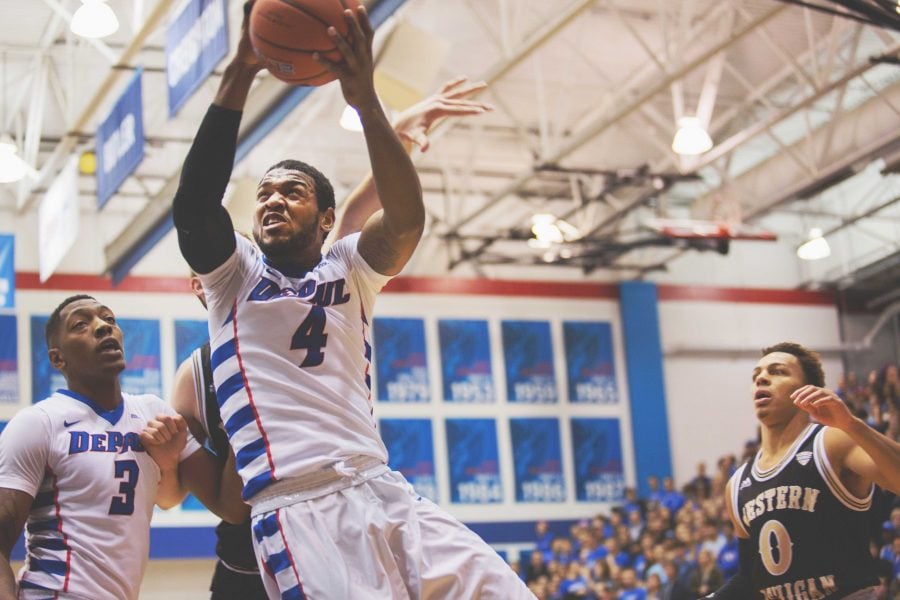 Myke Henry graduated from DePaul in 2016. (Olivia Jepsen / The DePaulia)

Former DePaul Blue Demon basketball player Myke Henry is one step closer to making it to the NBA after signing a two-way contract with the Memphis Grizzlies.

A two-way contract means Henry spends up to 45 days in the NBA with the Memphis Grizzlies, and the rest of the time he will spend with the Grizzlies G League affiliate, the Memphis Hustle.

Henry went undrafted in the 2016 NBA draft, but signed a G League contract with the Oklahoma City Blue for the 2016-2017 season, but struggled that season to the tune of 3.5 points per game on 38 percent from the field. He then signed with the Rayos de Hermosillo of the Pacific Coast Basketball Circuit (Circuito de Baloncesto de la Costa del Pacífico) in northwestern Mexico (who play their basketball season from March to July between G League seasons). He averaged 17.6 points and 5.7 rebounds and helped the club finish with a 39-14 record.