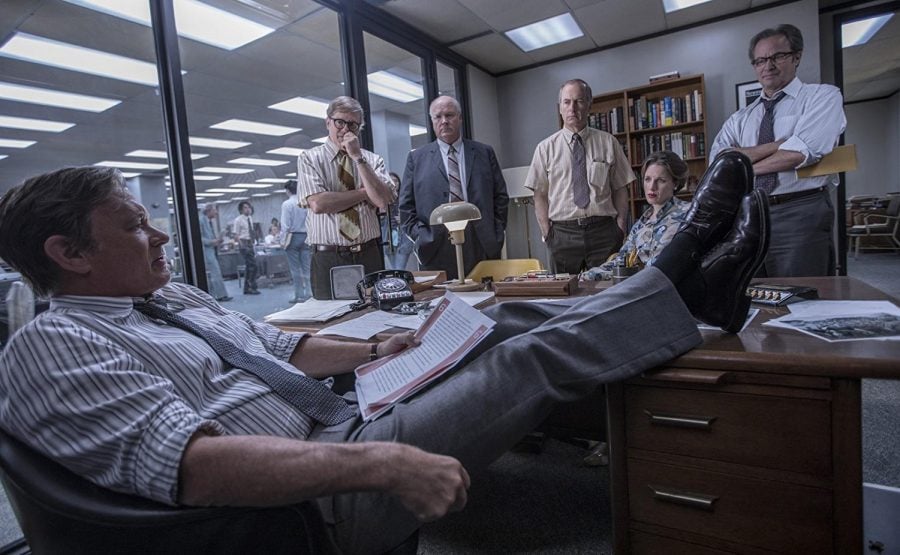 Everyone has heard the phrase “History repeats itself” and today, I tend to agree with that. We are currently in the midst of a battle between the government and the free press, an almost identical situation to the hard fought battle in 1971 between the country’s largest publications and the Nixon White House. “The Post” is a masterful retelling of the New York Times and The Washington Post’s battle to publish the Pentagon Papers during the Vietnam War. And it could not have come at a more appropriate time.

The film expertly documents the chaos that ensued among the press as the secret Pentagon Papers came to light. The realization that the government had misled the public about American involvement in Vietnam for nearly four decades was a bombshell that caused public outrage and unrest. But this only served as a taste of what was to come with The Post’s coverage of the Watergate scandal.

As well as being a story of exceptional journalism, it is also the story of the Post’s publisher Kay Graham, played brilliantly by Meryl Streep, as she navigates her place as the head of the Washington Post Company. She struggles to find her footing as a businesswoman in a predominantly male environment. Throughout the film you see her grow into her position at the company as well as take charge of what she referred to as a paper made up of “prestige journalism” as they try to lift up the profile of the paper by becoming a publicly traded company. This decision further complicates the position of the Post as the worlds of business and journalism intersect. With the fear of investors abandoning the paper, the decision of whether or not to publish such a controversial story becomes all the more difficult.

Tom Hanks plays the prolific executive editor of the Post, Ben Bradlee, as he struggles to  compete with the New York Times as well as transform The Washington Post from a family-owned local paper to a journalistic institution on a national level. The seamless chemistry between Streep and Hanks makes their scenes a treat to watch as two of the most beloved actors of our time grace the screen together for the first time. With Steven Speilberg at the helm, “The Post” is solid in almost every aspect as the ensemble cast comes together effortlessly and the massive printing presses at the Post and the rollout of the papers to the masses are both visually stunning and narratively powerful.

Throughout “The Post,” the struggle between conflicts of interest and journalistic integrity are at the core. At a time when it was not uncommon for the most influential people in the press to be close friends with those in positions of power, the issue of whether or not to publish the truth or cover for their friends arose. Bradlee had ties to the Kennedy administration, and Graham was close friends with Robert McNamara, the Secretary of Defense that was in charge of having the Pentagon Papers written up. Graham’s decision to either publish the story or protect her friend provides a background look at the moral obligations of the press as journalists as well as regular people, and where the conflict arises between the two.

In a present day that shows so many parallels to the 1970s America when this all unfolded, it’s hard to ignore the importance of the message that this film is telling. The importance of a free and entirely independent press forms the foundation of our democracy and serves to check the power of our governing bodies. Perhaps the film said it best when it declared, “The Founding Fathers gave the free press the protection it must have to fulfill its role in our democracy. The press is to serve the governed, not the governing.”