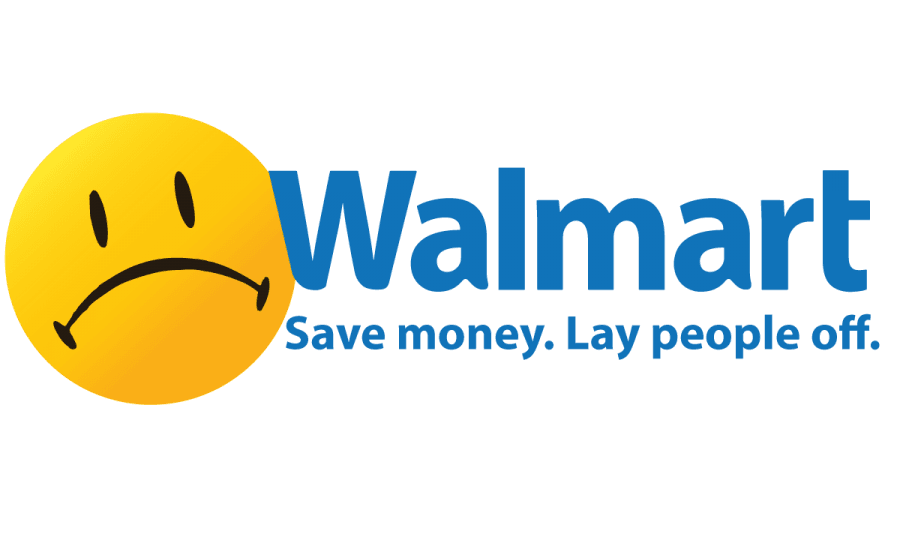 A fresh round of layoffs was announced by Carrier and Walmart last week, occurring at a time when the economy seems to be doing well by most other metrics.

Carrier, a corporation that primarily manufactures air conditioners, laid off 215 workers on Jan. 11 at an Indiana plant. These layoffs are the most recent, following 600 that came last year.  The Indiana factory made national headlines in 2016 when it was planning to move its factory operations to Mexico. It expected that 2,100 people were going to be unemployed. After winning the election, then President-elect Donald Trump and Mike Pence declared its jobs were protected from moving to Mexico.

“But I will tell you that United Technologies and Carrier stepped it up, and now they’re keeping — actually the number’s over 1,100 people, which is so great,” Trump said in a speech at the plant on Dec. 1, 2016.

The global economic forces that lead to manufacturing job loss in the United States is still in place, and some people feel that the president’s actions haven’t lived up to his words. Chuck Jones, the former president of United Steelworkers, the union that represents Carrier employees, feels disappointed in the president.

“A year after his election, Trump continues to lie about his commitment to saving jobs at Carrier or anywhere else,” Jones wrote in an editorial for The Washington Post. 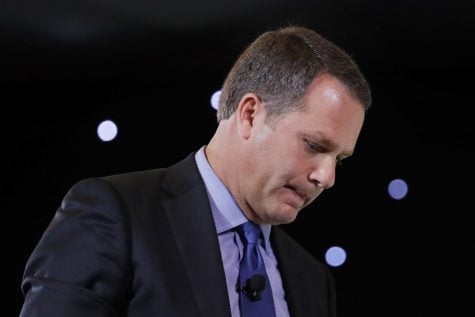 On the same day that the Carrier workers were laid off, Walmart, announced a round of store closings and layoffs. Sam’s Club, a subsidiary of Walmart, is having 63 of its locations shutdown, likely leaving thousands of workers across the country unemployed in the coming weeks. On the same day, the company announced it was raising its starting wage to $11 an hour, attributing its ability to do so to the recently passed tax bill.

“We are early in the stages of assessing the opportunities tax reform creates for us to invest in our customers and associates and to further strengthen our business, all of which should benefit our shareholders,” Walmart’s CEO Doug McMillan said in a statement.

Walmart is a large source of employment in many communities across the country. In the United States, it employs over 1.5 million workers. It has plans in place to automate many of its jobs in the near future, likely leading to more job loss as well.

Brian Phelan, a DePaul professor of economics, thinks layoffs from both companies can have many negative ramifications.

“Layoffs have real effects on the communities where they occur,” Phelan said. ”When someone loses their job, they have a lot less money to spend, which has multiplier effects on the local economy.”

Layoffs of these numbers can remind some people of when the Great Recession hit in 2009, especially those in the communities affected. To many, it flies in the face all the reports of an expanding stock market and declining unemployment. Experts think that these occurrences are normal in a dynamic economy.

According to Phelan, the two companies are both facing the same issue: increased competition. The companies are working to benefit consumers by keeping prices low, at the expense of their workers. When it comes to Carrier, their competition appears to comes from abroad.

“With respect to Carrier, it is difficult for manufacturing firms to produce goods domestically because domestic workers are much more expensive than foreign workers,” Phelan said.

Walmart, on the other hand, has its greatest competitor at home: Amazon. As Amazon has been receiving a larger percentage of sales at a time when more and more people are buying their everyday goods online, Walmart has been searching for ways to adapt. Phelan thinks that Walmart faces a near identical dilemma as Carrier, with the same solution of low prices. “It is likely Amazon that is forcing it to figure out cheaper ways to sell the same goods and keep customers coming to its stores.”

Besides the economic effects that these decisions have on people all over the U.S., there are significant psychological ones as well.

“Losing a job due to layoffs is extremely stressful for a number of reasons, including losing the source of income and losses to self-esteem that are caused by no longer being employed,” said Leonard Jason, a professor of psychology at DePaul, with a specialty in community psychology.

The effects of these layoffs, both economic and emotional, will exacerbate for years to come. Though many are reaping the benefits of the current economy, its ever-changing nature is sure to continue to leave some people feeling left behind.