Jerusalem: the capital for the Jewish people 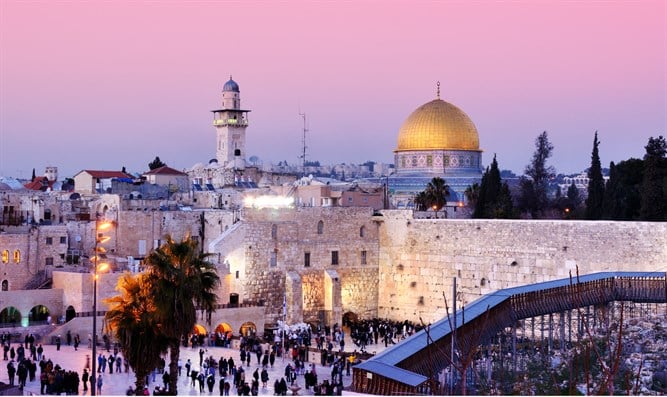 In a time of high tensions in the Middle East, it is of the utmost importance that the actuality on the ground is recognized by both sides. The United States has historically seen bipartisan support for Israel, and the President’s decision to recognize Jerusalem the capital of Israel on Dec. 6, 2017 is many years, and many administrations, of foreign policy in the making. The United States continues to show a strong commitment to peace and prosperity for both Israelis and Palestinians. In 2016, the United States gave $417 million to the Palestinian Authority, according to the United States Agency for International Development.

Last week, about 20 students from the Students for Justice in Palestine (SJP) organization held a demonstration protesting the Trump administration’s recognition of Jerusalem as the capital of Israel by the United States. Their use of provocative rhetoric serves to further divide this campus and fails to recognize the long-standing bipartisan support for this decision. Jerusalem is the city in which the Israeli Supreme Court has presided since 1992. Notably, this is one of the only truly free democratic government institutions in the entire Middle East, according to the non-governmental organization Freedom House. To deny the political importance of Jerusalem to Israel and the Jewish people is to deny the reality that has existed throughout history.

The decision to recognize Jerusalem as the capital of Israel reflects many years of American foreign policy decisions. Presidents Clinton, Bush, Obama and Trump all agree; recognizing Jerusalem as the capital of Israel is the right thing to do. In 2008, Barack Obama made a speech to the American Israel Public Affairs Committee stating that “Jerusalem will remain the capital of Israel, and it must remain undivided.” Admittedly, his decision does become foggy because he, along with former President George W. Bush, declined to move the U.S. embassy to Jerusalem despite the fact that the Jerusalem Embassy Act of 1995 called for the embassy, which still stands in Tel Aviv, to be moved to Jerusalem by 1998. Both presidents signed waivers to keep the embassy in Tel Aviv for six months for national security reasons. Trump’s comment reflects years of U.S. support for Israelis. Every sovereign state has the right to designate its own capital, and Israel is no different.

Furthermore, some comments by these activists that appeared in the DePaulia misrepresented the situation. In a story that ran on Jan. 22, “Students for Justice in Palestine protest US policies, Israeli detentions,” one of the activists stated that “Israelis close off Christian and Muslim holy sites.” This claim is a falsification in its entirety. Muslims and Christians have full access to all religious sites. In fact, it is actually Jews who are barred from visiting many Muslim religious sites. The current agreement on the Temple Mount gives Jordan control of the Dome of the Rock; Israel does not have any direct control of the site. Dividing Israelis and Palestinians with false narratives serves only to exacerbate the conflict.

America has always supported a peaceful and prosperous region. Palestinians block the religious freedom for Jews in Jerusalem without regard the attempt at bipartisanship. Working together, we can make this age-old dream a reality. The American recognition of Jerusalem as the capital of Israel is a step in this direction.