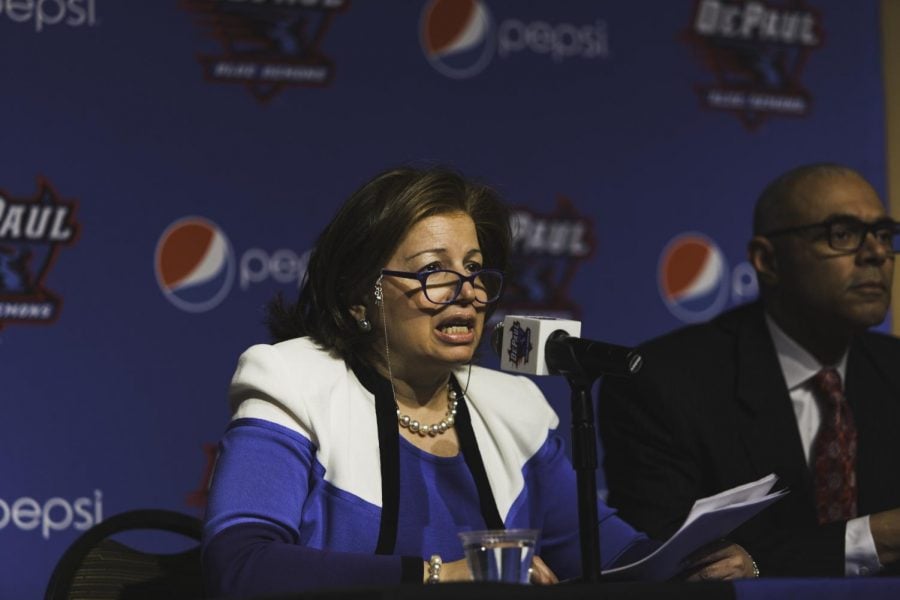 As DePaul’s men’s basketball team continues to dwell in the basement of the Big East standings, students and alumni are banding together to call for a change of leadership in the athletic department, taking aim at DePaul’s athletic director Jean Lenti Ponsetto.

Last Tuesday, the same day prized recruit Tyger Campbell announced his decision to attend UCLA over DePaul, Purdue and Maryland, a GoFundMe account titled “Remove DePaul’s Athletic Director” was registered with the goal of raising $800 to purchase ad space in the DePaulia. In just over 2 hours, they surpassed their goal with donations ranging from $10 to $200.

As of noon on Sunday Feb. 11, the fundraiser has collected over $1,700 in donations.

Matt Martinez, a 2012 graduate of the College of Communication in PR and Advertising who started the GoFundMe page, said the goal of the fundraiser is to capture the attention of DePaul’s administration and shine a light on what they believe is a series of mismanaged and “confusing” head coaching decisions.

“We wanted to do this in a way that would get the best attention of the University,” Martinez said. “And we felt like (the) first move as part of our process should be to start on campus.”

Carol Hughes, from DePaul’s Office of Public Relations and Communications, issued an official response on behalf of the university when asked for President A. Gabriel Esteban’s comment. After repeated requests by the DePaulia, Esteban — who replaced the athletic director at Seton Hall less than a month into his role as President — declined to comment himself.

Hughes’ statement continued with a list of the athletic department’s accomplishments under Ponsetto, which highlighted student athletes’ successes in the classroom and in non-revenue generating sports. 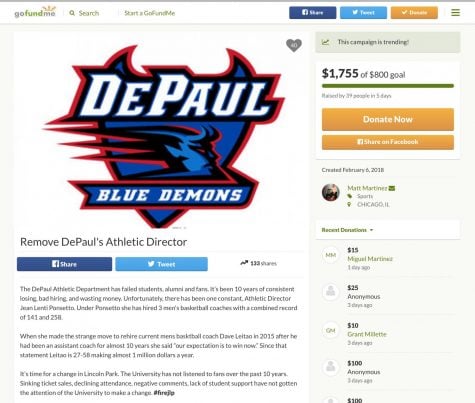 Hughes said 14 of 15 Blue Demon athletic programs have represented the university at NCAA championships under Ponsetto’s command, including 15 straight NCAA tournament appearances from DePaul’s women’s basketball team.  DePaul has also become a powerhouse in the Big East for racking up academic awards for their student athletes, she said.

However, since Ponsetto took over as athletic director in 2002, DePaul’s men’s basketball team — the school’s biggest-budget and flagship program — has earned an NCAA tournament berth just once in 2003.  Ponsetto then guided efforts to move DePaul into the Big East, where stiff competition has made life difficult for the Blue Demons over the last decade.  Now 16 years into the job and three coaching hires later, DePaul has three 20-win seasons and four postseason runs, including their 2003 NCAA tournament run.

Ponsetto denied The DePaulia’s request for an interview but issued a statement in response to the GoFundMe campaign seeking to oust her as athletic director.

“As athletic director, I certainly realize fans are entitled to voice their opinions,” Ponsetto said. “That doesn’t mean I have to agree with it. Our men’s basketball team is a fine group of student-athletes who are terrific ambassadors for our university. The players and their coaches are working hard to improve every time the team takes to the court. All of our student-athletes make me proud every day with their many accomplishments — both in athletic competitions and in the classroom.” 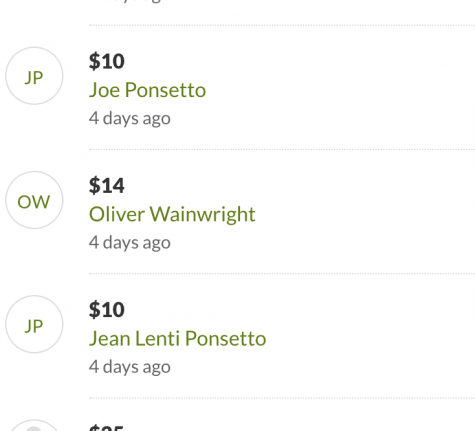 While Ponsetto says she is proud of her student athletes, some alumni aren’t feeling so proud of their alma mater’s performance on the court — which, to some, is really all that matters.

“If DePaul wanted to be a Loyola, a UIC (or) a Chicago State, play in a lower-tier conference, play most of their home games on campus and their sole goal was to graduate students and make great student athletes, then I get it,” Martinez said. “It doesn’t matter if you’re good or bad if that’s not the ultimate goal of the university, but from an outsider’s perspective, when you start making these big moves (namely transitioning into the Big East conference and building Wintrust) it sends the message that we care about basketball, we’re going to invest in it, and we want to have a great program.

“But to make the (coaching) moves that they have over the past 10 years, it just doesn’t make any sense.”

For DePaul fans like Martinez, Ponsetto isn’t a villain.  She just struck out on three bad coaching hires and now, they believe, it’s time for new leadership.

“(Ponsetto) has done an admirable job serving the university, keeping the program out of trouble, getting DePaul into the Big East, and also working with the city and donors on getting Wintrust built,” Martinez said. “I think that what has happened over the last 10 years is that she hired three coaches in a row that have just been awful hires and there has been no accountability on behalf of the university to hold up to the standard of what the basketball program should be.”

Traditionally DePaul students have shown some apathy for their athletics programs, though a poorly located arena in Rosemont and a new one that is still a half an hour away from campus certainly isn’t doing anyone any favors.  Since Wintrust opened in November attendance is averaging only 3,057; a feasibility study commissioned by the Metropolitan Pier and Exposition Authority projected 16 DePaul men’s basketball games would see an average of 9,500 fans.  It has been well over two decades since Blue Demon basketball was a hot topic on campus.

“I think it’s great that the students actually care about the school’s athletic performance and want to see the team start winning,”  senior PR and advertising major Melissa Bellew said. “However, I think they should take their concerns directly to the president of the university rather than slander her in an ad.”

According to the description posted on the GoFundMe page, the calls for Ponsetto’s firing or resignation won’t stop anytime soon.  Martinez says once the first ad is run in the DePaulia, a new fundraiser will begin with an eye on running an advertisement in during the Big East Tournament this March, though no official plan is currently in place.

Prior to the launch of the GoFundMe campaign, the DePaul basketball Twitter-verse has been active with alumni calling for the end of the Ponsetto era.  In the month of February, the hashtag “#FireJLP” has been tweeted 394 times from 57 accounts reaching 12,375 users, according to Twitter analytics provided by Keyhole.

Among the most active and critical users is the person using the Twitter handle @HasJLPBeenFired. The page’s operator says he donated $100 to the GoFundMe campaign and made t-shirts that read “#FIREJLP: Make DePaul Great Again.”

“I work for a prestigious financial services firm and used to receive and respond to 3-4 emails a week from students through volunteering with DePaul’s Alumni Sharing Knowledge (ASK) program,” The account’s operator told The DePaulia. “Frustrated with the continued basketball losses, I removed myself from the program and told them that I’d volunteer again when Jean Lenti Ponsetto either resigns or is terminated.

“In many cases, this is money that would have otherwise been donated directly to the University or used to purchase tickets to watch the men’s basketball team play. If we can call attention to the fact that donations to the university are being withheld and spent elsewhere because of the athletic director, that’s powerful.”