The Nazi next door 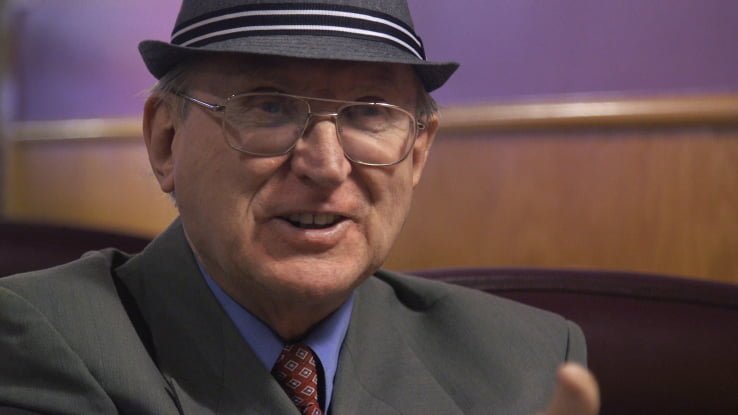 Jones has the GOP scrambling to distance themselves from the Holocaust-denying candidate. (Photo courtesy of Associated Press)

Arthur Jones of Lyons, Illinois, is set to become the GOP nominee for Illinois’ 3rd congressional district, despite disapproval from Illinois Republicans, including Gov. Bruce Rauner.

“There is no room for neo-Nazis in American politics. I condemn this man in the strongest possible terms,” Rauner said in a statement on Feb. 5.

“This is not who we are as a party or as a country and we urge civic-minded citizens to get involved in the political process to prevent non-party extremists like Jones from hijacking nominations,” they said.

Despite the condemnations from Illinois Republicans, Jones was still able to get on the party’s ballot due to a lack of diligence from establishment Republicans.

Republicans are typically apathetic about running in the predominantly-Democratic district, they had no one else primed to run when Jones caught them off guard this year. He secured more than 800 petition signatures (Illinois State Board of Elections rules require only 603 signatures for Republicans) and submitted them on Dec. 4., the last possible day to file.

Jones, a perennial candidate, has run for office almost 10 times.

In 1976, a then 28-year-old Jones ran for mayor in Milwaukee as a vocal member of the National Socialist White People’s Party (NSWPP). According to reports from the Milwaukee Sentinel, his campaign focused in part on eliminating affirmative action for women and African-Americans, as well as opposing forced busing in the wake of the federally mandated desegregation of Milwaukee schools.

Jones later ran for 13th Ward alderman in 1987 and for Congress in the 3rd District on seven other occasions. He has lost by wide margins each time he has run, and a Republican has not held a seat in the district since 1975.

Despite his disdain for what he called the “two-party, Jew-party, queer-party” system, Jones, 70, told the DePaulia he is running on the Republican ticket because Illinois state laws “make it nearly impossible to run as a third-party candidate.”

He disfavors being labeled a Nazi, despite his past membership in the NSWPP and an incident in 2011 where a smoke bomb went off while he and other members of his current group, the America First Committee, were celebrating Hitler’s birthday at a Lyons-area restaurant.

“Despite what the media says, I am not a National Socialist. I’m no longer… I’m an American patriot and a white racialist, okay?” he said.

Shoshana Buchholz-Miller, the vice president of education and exhibitions at the Illinois Holocaust Museum in Skokie, said that while the museum is “horrified” that Jones will likely be the Republican nominee, they are also confident he won’t win the seat.

“We have every belief that the people of the 3rd District won’t tolerate that kind of perspective and won’t choose someone with those racist and anti-semitic viewpoints to be their representative, but it’s a shame that it’s come to this,” she said.

“I don’t know him, but his view (on the Holocaust) is certainly not mainstream, and it’s a little out there,” Hinshaw said. Regarding Jones’ white supremacy, Hinshaw said that it is hateful, and “there are better ways to work as a community.”

Lipinski and challenger Marie Newman of LaGrange are currently in a tightly contested race for the Democratic primary. Lipinski, who has represented the district since 2004, is widely seen as a moderate Democrat with conservative positions on abortion, gay marriage and healthcare.

He and Newman went head-to-head on Thursday during a political forum hosted by the League of Women Voters at Moraine Valley Community College. Jones attended the event as well, though he sat in the audience, according to a report from the Chicago Tribune.

Video captured after the event showed Jones and a small group of his supporters trading profanities with onlookers. Jones, wearing a “Make America Great Again” cap, shouted “America first!” and “No more Jew war,” at the gathered spectators.