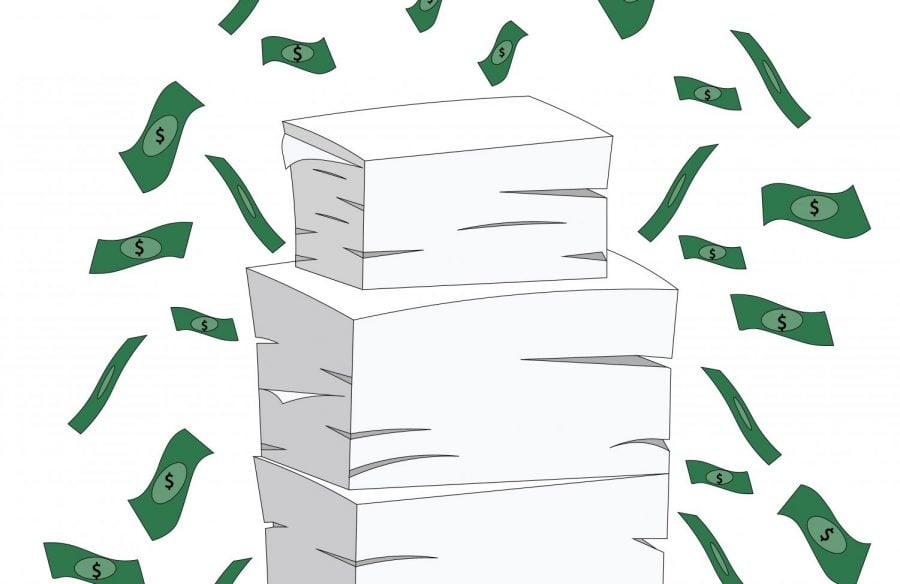 President Donald Trump has proven himself to be a president who spends lots of money that this country doesn’t have.

On Feb. 12, Trump sent Congress a $4.4 trillion budget proposal, the second of his presidency, that would add $7 trillion to the federal deficit over the next 10 years beginning in 2019.

One of the most notable spending plans from the budget proposal is the infrastructure plan that entails spending $200 billion over the next decade, including $44.6 million in 2019, to improve this country’s collapsing roads and bridges. At first glance this idea sounds like it could be helpful, but that’s not actually the case when one considers that this country is already drowning  in $20.6 trillion in debt and counting.

One part of the budget proposal Miller does agree with, however, is the military. The Trump administration proposed a 13 percent increase in funding for the Defense Department that adds $24 billion to modernize the nuclear infrastructure as a means of reinvigorating the military to be an even bigger powerhouse than it already is. The extra spending for the Defense Department allows the military to bring 16,400 new troops on board, and the military could end up being better equipped and prepared for potential global conflicts with Russia and China.

“I’m not as much upset that we would fund our military and make sure that our military has the best equipment so that they don’t die and so forth,” Miller said. “I think it’s a very dangerous world… one of the major goals of the federal government is to protect us from adversaries – foreign and domestic.”

Along the lines of national safety, the Department of Homeland Security would receive $47.5 billion in discretionary funding that sets up a structure for undocumented immigrants to be caught and sent back to their country of origin. Not to mention, $1.6 billion of the proposed funding would be used to construct 65 miles of the U.S.-Mexico border wall in Texas that had been a huge aspect of Trump’s campaign in 2016. The funding also adds $782 billion for both the U.S. Immigration and Customs Enforcement (ICE) agency and the U.S. Customs and Border Protection (CBP) agency.

But the proposal doesn’t just add funding — it cuts funding from a handful of prominent departments as well.

The most substantial cut of them all is to the State Department, which is the federal department that advises the president and represents the U.S. in handling foreign affairs. Under the budget proposal, the State Department’s 2018 budget of $55.6 billion crumbles to $39.3 billion — a 29 percent cut.

Equally gruesome, the Supplemental Nutrition Assistance Program (SNAP), also widely known as food stamps, would have its budget reduced by $213 billion over the next 10 years. Notably, underprivileged Americans who receive $90 or more from SNAP each month— which accounts for over 80 percent of SNAP recipients—would receive roughly half of their benefits in a literal food box kit that’s similar to Blue Apron, a U.S. meal kit service.

“As far as federal programs go, SNAP is one of the most efficient and helpful programs we have, and it is often a vital tool for families working hard to get by,” said Doug Klain, secretary of the DePaul Democrats. “The idea of a ‘Blue Apron’ type shipping program seems incredibly contradictory to the common conservative refrain that the individual knows better than the federal government.”

Another department where funding could be trimmed enormously is the Environmental Protection Agency. The EPA’s current $8.2 billion budget would be cut down to $6.1 billion in 2019.

“The rationale for the Trump administration’s proposed cuts to the EPA budget, amounting to approximately 23 percent of the current budget, is couched in the now-familiar rhetoric of swamp-draining, governmental overreach and burdensome regulations reducing the competitiveness of U.S. business,” said Michael Edwards, assistant director for Academic Administration. “If these cuts are enacted into law, the result will be the externalization of the real cost of doing business.  Instead of corporations using resources efficiently and reducing waste, that burden will be shifted to the environment and the citizens.”

Specifically, several dozen EPA programs would see cuts including water restoration in the Great Lakes and the Chesapeake Bay.

“The proposed cuts to programs at the EPA show how little the White House cares about basic public necessities like clean air and water,” Klain said. Klain pointed out that the Trump administration is seeking to cut a $72 million water restoration program in the Chesapeake Bay down to $7 million.

“To give up on a perfect example of how rejuvenating our environment injects new life into the economy—as it has in the Chesapeake Bay area under these programs—shows the Trump Administration’s prioritization of big corporations over local and state well-being,” Klain said. “The EPA and other federal agencies certainly have areas that need to be improved upon,” but “taking a cleaver to our government is not the solution.”

While the budget proposal counts as an accomplishment in the eyes of the Trump administration, it doesn’t count as one in the eyes of all American citizens.