The workforce in your teens and 20s can be a time of discovery and unique experiences. It can mean working for less than your worth and exploitation of your talents. 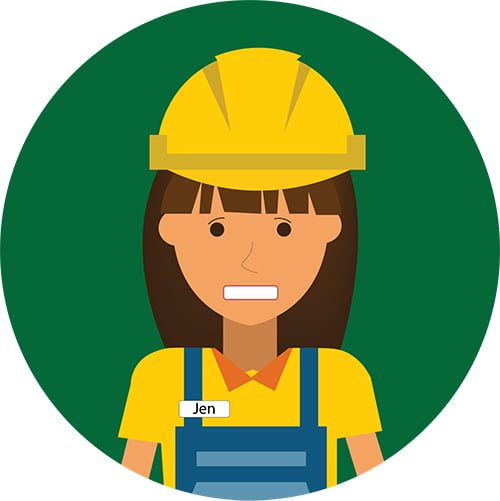 Graphic by Victoria Williamson | The DePaulia

My job at a movie theater, for example, has been a whirlwind of boredom, amusement, overwhelming demand and exploitation. I work primarily as a server for over-privileged, upper-middle class people who expect my full attention without regard to the other guests.

They’ve forced me to close by myself in the middle of the storm that is the first weekend of huge blockbuster movies. They have promised me a raise only to take it back weeks later, claiming it isn’t fair to the other employees. I’ve been forced to come into work on my days off and stay later than scheduled because of understaffing, while the management team hides away in their office.

While my job at the theater isn’t worth the minimum wage pay, the friends I’ve made and the number of free movies I’ve seen almost justify the four years of torment I have spent with the company. But some young workers haven’t been as lucky in finding some entertainment in their workplace environment.

In Illinois’ western suburbs, one restaurant created controversy and annoyance for the students of the local high school. The café and catering restaurant is known locally for its allegedly hot-headed owner and its potential as a front for drugs.

“My friend worked there and said they needed people,” said Meghan Magats, who used to work at this restaurant. “But the second I got hired, he quit because he couldn’t quit until they got new people.”

At this restaurant, Magats spent one month working as a cashier. After two days of training, the owners expected her to close the store by herself, even though she had not been properly trained to do so. When she wasn’t able to perform the duties, she was yelled at by the owner. It wasn’t the last time. On another occasion, Magats said she itched her nose in front of guests, and he yelled at her profusely. Nose itching was unacceptable, but the selling of drugs was almost encouraged.

“My coworkers would sell weed there and just smoke it in the kitchen,” Magats said. “Their friends would just come too.”

Magats felt obligated to stay in the same way her friend who got her the job did; since the business had barely enough workers to get by as is, her guilt got the best of her. Though she was taken for granted and given much more responsibility than a freshly trained 16-year-old cashier should have, the toxic environment her boss created because of his anger management issues caused her to fear and despise the establishment.

Employers need to do better than this for young workers. Being put under pressure to succeed in the workplace is expected for low wage jobs, but feeling threatened by your superior in a high volume and fast-paced environment can be too much for many young workers. Instead of a providing a learning experience that sets you up for future employment or helps you save money for the future, many prove to be a waste of time.

The old rumor of the intern getting coffee for the boss and only being used for busy work seems a delight in comparison to some horror stories of internships and jobs. There are instances of the intern being held accountable for much more than the internship is worth, doing the same work as a staff member and without the pay. Businesses can use interns as a way to get free labor, since students and recent graduates are desperate for experience and might be willing to get it even if they are exploited by a large company. Minimum and low-wage jobs have a similar system that forces young adults to put in more work than it’s worth.

Internships have a regrettable track record for their exploitative system. Low-income students have no chance, putting them at a disadvantage before they have even had a chance to get their career going. Big businesses and companies have no reason to not pay an intern who has experience and talent, especially if they’re expected to stay with the company for an extended period of time.