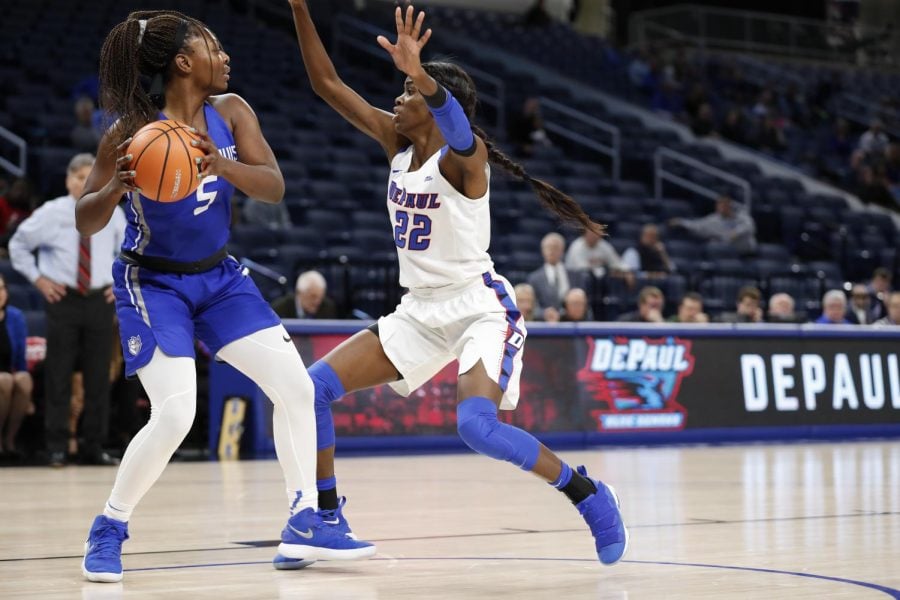 The Blue Demons were able to despite making just 31.8 percent of their 3-point attempts largely due to their ability to slow down the Pirates on the perimeter as well. DePaul limited the Pirates to just 1-for-8 from behind the arc forcing them into the paint where they had a noticeable size advantage.

DePaul also dominated on the glass, finishing with 19 offensive rebounds to just seven for the Pirates.

Georgetown joined the Blue Demons in the semifinals with a 63-58 win over Villanova to cap the evening. Cynthia Petke recorded her 18th double-double of the season with 24 points and 11 rebounds.

The senior forward has also been problematic for the Blue Demons this season with 47 points and 17 rebounds in their two matchups, including 23 points and 11 rebounds in a 86-85 win at McGrath-Phillips Arena just under a month ago.

In the backcourt, DePaul will try to slow down Dionna White who had 33 points and four steals in the Hoyas win at McGrath-Phillips, while DePaul held her to just 17 points in the Blue Demons’ win at McDonough Arena.

If DePaul is going to advance, defending the paint will be a big key when they square off with a big Hoya squad. In the Blue Demons’ loss to the Hoyas last month, they surrendered 44 points in the paint, while also getting outscored in second chance points 14-4.

The winner of Monday’s night’s matchup will advance to the finals to face the winner of Marquette and Creighton which will play in the first semifinal at 3:00 p.m CT.