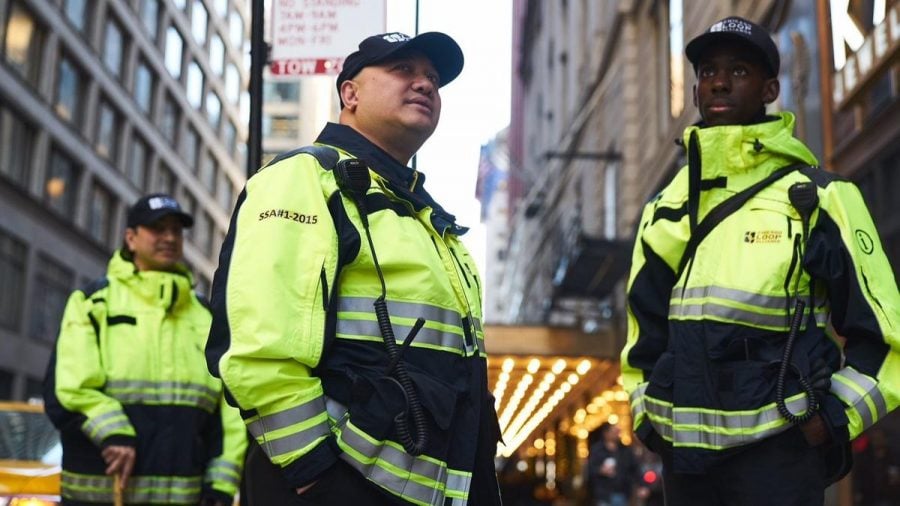 In response to panhandling, graffiti and shoplifting in the Loop, the Chicago Loop Alliance (CLA) has hired two private armed security guards to assist in the prevention and catching of such crimes and their perpetrators.

“The shoplifting that has been happening has really been affecting our business. It has become very brutal — we’ve had people threatening our associates, management and even our security,” a manager at a clothing department store who wished to be anonymous said. “I have noticed a lot more communication to other security guards for potential shoplifters. It has been an adventure to watch and see that we are in good hands.”

In addition to responding faster, having private security guards to handle smaller crime frees up police officers to respond to higher profile cases.

The two security guards began patrolling along State Street between Congress Parkway and Wacker Drive on March 1. They will patrol on Thursdays, Friday and Saturdays during midday and again in the evening. The CLA expects these hours to increase in May.

According to the CLA, when possible, the patrolling guards will be off-duty officers. The guards will carry handcuffs and badges in order to make arrests.

While the new guards may hasten the apprehension or aide in the deterrence of shoplifters and graffiti artists in the Loop, senior Seamus O’Connor believes hiring private guards rather than utilizing police already at disposal could lead to potential legal trouble for Chicago.

“I don’t think we should hand over arrests and punitive actions to private organizations,” O’Connor said. “If there is any mishandling involved with these cases, the city will end up taking the fall. What if they are not read their Miranda rights? Either (this program is) not going to be able to accomplish what it’s set out to accomplish, or the security guards will be too zealous and open the city up to litigation.”

O’Connor also worries about the process of reporting problems the guards may cause and the possibility of undertrained security.

Sophomore Randy Rossi is glad to have more security downtown.

“Being a retail worker downtown, it’s certainly reassuring having a guard both for theft and protection purposes,” Rossi said. “I wouldn’t say security was lacking previously but I do think having more guards will prevent crime and theft.”

In addition to having trained security guards, Edwards says that anyone can send in grievances in regard to anything that a concerned individual may feel the ambassadors have mishandled.

“We have a very transparent program in place for people to file complaints,” Edwards said. “We have not had a complaint against any of our ambassadors so far.”

The CLA also hires a team of “street ambassadors” who work on street cleaning, directing tourists and contribute to the general “beautification” of the downtown area.

Edwards says that the response from retail business owners has been positive overall.

“People love (the new guards) and think that this is long overdue,” Edwards said. “Retail workers have been frustrated for a long time about the police response time and this program will serve to bridge the gap and make everything faster.”

Correction: A previous version of this article misstated the cost of the security guards as being $114,000 a year. This is incorrect and has been amended in the article.