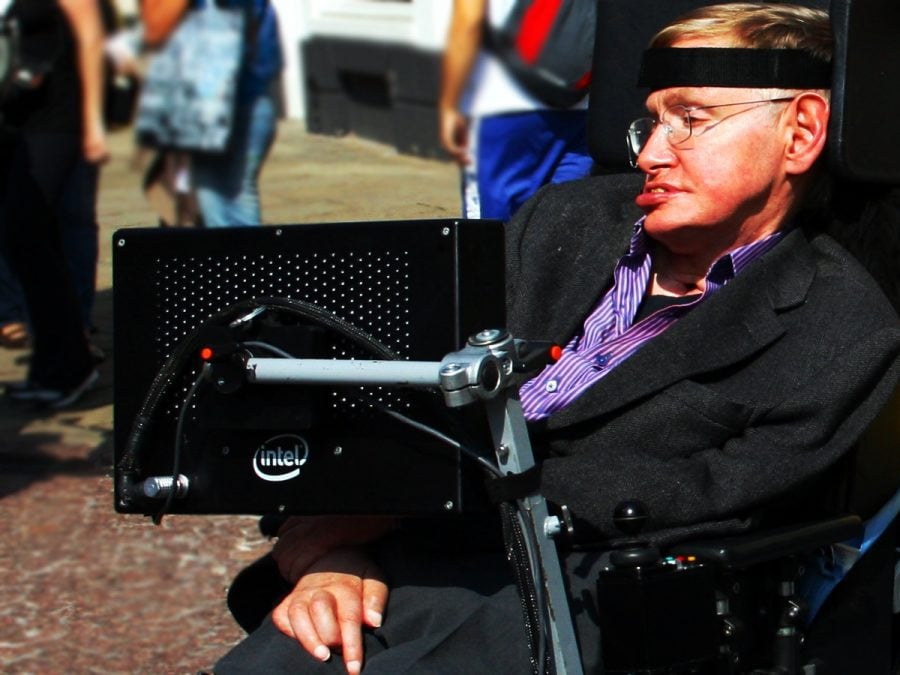 Look outward toward the dimmest possible star you can see.

That is all there is for you and I. In a sense, that distant star is the limit of our knowledge.

But for Stephen Hawking, what we could see was not a limitation, but a challenge. He begged to see what it was that the layman could not; that which was not observable.

In his 76 years, Hawking looked outward, far beyond what is conceivable by the average mind. He worried not about the where the universe ended, but where it began, and what our role as humans is in its grand scheme.

He essentially begged to answer perhaps the biggest, most universal and most impossible question known to man:

“What is the meaning of life?”

Hawking made the drama of the cosmos relatable, and more importantly, interesting to a host of average folks. He shrunk down its great scale into bites that were digestible by Joe the Plumber.

But Hawking reminded us that our petty squabbles are just that. We all face the same terrors and delights.

He reminded us that, though the color of our skin may be different, though we may speak different languages – we float together, suspended on a stupid clump of dirt, worshipping a light in the middle of the greatest nowhere of all.

Stephen Hawking wasn’t a glamorous man. He did not seek the limelight, and why should he have? He wasn’t as visually palatable or as oratorically enthusiastic as Albert Einstein or Neil Degrasse Tyson.

But you revered him anyways. If you encountered him on the street, you would treat him like royalty. He couldn’t smile at you, he couldn’t sign an autograph. But he was still a celebrity, and the farthest possible thing from a Kardashian.

It should come as no surprise to anyone that Hawking has died. He lived with the specter of death for more than 40 years after he was diagnosed with ALS. Most people die after 5.

Why is it that Hawking was able to live to a ripe old age with a disease that usually takes men before they hit 40? Surely it wasn’t divine intervention or some sort of miracle because he denounced both as folly numerous times in his life.

I think that the strength of his brain is what made up for the weakness of his body.

His life was a testament to the power of the human mind. Trapped in a body that betrayed him, his brain became untethered. For some, it is a nightmare scenario. For Hawking, it was a chance to shed something unnecessary to him.

Hawking was a man who traded his body for his mind, not that he had a choice. But if I had to bet, I would say he would’ve done it anyway.