Game Preview: DePaul faces Texas A&M for a spot in the Sweet 16 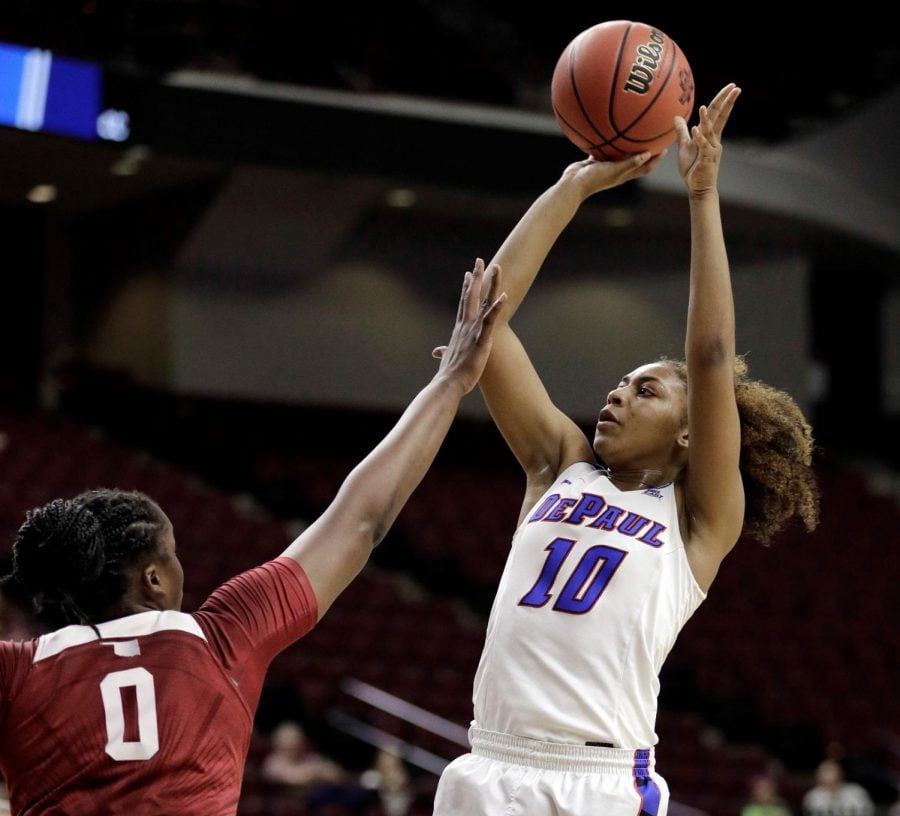 The Blue Demons advanced to the second round with a 90-79 victory over Oklahoma in the opening round of the tournament. DePaul featured a well balanced attack with five players scoring in double figures. Sophomore Kelly Campbell contributed another all-around game with 17 points, six rebounds and five assists, while senior Amarah Coleman also finished with 17 points, seven rebounds and five assists before fouling out with 9:05 left in the fourth quarter.

Redshirt juniors Mart’e Grays and Ashton Millender also chipped in 16 points apiece, while sophomore Chante Stonewall had 12 points, seven rebounds and a career-high six assists. DePaul has now won seven straight games and 13 of their last 14. The 27 wins by DePaul this season is the third-best mark behind 29 in 2010-2011 and 2013-14.

Texas A&M, the hosts for this weekend’s games are coming off an 89-76 victory over Drake on Friday afternoon. National Freshman of the Year Chennedy Carter had 26 points, 11 assists and six steals, while Khaalia Hillsman had 22 points and six rebounds, converting 10 of her 14 shots.

The matchup will feature two contrasting styles with the Blue Demons averaging just over 12 threes per game, while the Aggies average just a third of that. Texas A&M head coach Gary Blair’s squad on the other hand does their damage inside, as they did against Drake with 50 of their 89 points scored in the paint.

One key point of emphasis with the Aggies will be keeping Hillsman and Anriel Howard off the offensive glass. Those two players have combined for close to eight offensive rebounds per game this season and had seven offensive boards against Drake that they turned into nine second chance points.

Tipoff is set for 1 p.m CT on ESPN2. The winner of this game will face the winner of Notre Dame and Villanova in the Sweet 16 on Saturday, March 24 in Spokane, Wash.