Swing and a miss: DePaul whiffs on four-star recruit 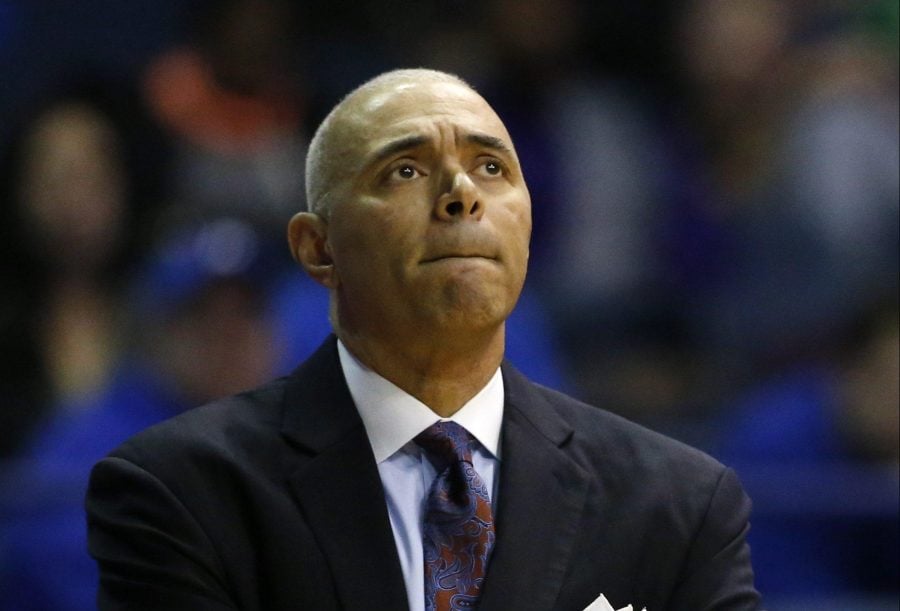 “First of all, I want to thank God for all of my gifts [and] opportunities that I have and had [and] also all the hardships that have led to my decision,” Penn-Johnson wrote in a note he posted on Twitter late Monday night. “I want to thank my family for always being in my corner and believing that I would be someone great. I also want to [thank] all of my coaches over the years for molding me into the player and man I am today and thank you to all of the coaches that recruited me throughout my basketball career. I will continue my education and basketball career at the University of Washington. GO DAWGS!!!”

The announcement is another heartbreaker for a DePaul Blue Demon men’s basketball program that had heavily recruited Penn-Johnson and was one of the final two schools he mulled over before making his decision.

The 7-footer from Wasatch Academy in Mount Pleasant, Utah was on an official visit at DePaul in mid-October and Blue Demon head coach Dave Leitao and his staff had previously visited him in Utah. In an interview with Corey Evans of BasketballRecruiting.com, Penn-Johnson hinted that what DePaul did in the win/loss column this season could play a major factor in his decision.

Per Corey Evans of https://t.co/lrEgergcUk, sounds like whether DePaul wins games this season will factor into Bryan Penn-Johnson’s decision whether he ends up there or at Washington, UCLA, LSU or somewhere else #BlueDreamin #DePaul #BeDifferent pic.twitter.com/jEq6IxNX2i

DePaul finished the season 11-20 and in last place in the Big East Conference.

He’s the latest name on a growing list of top DePaul recruiting targets who have chosen other institutions over the Blue Demons. La Lumiere point guard Tyger Campbell ultimately dashed away from DePaul in favor of UCLA in early February after committing to the Blue Demons last spring and then reopening his recruitment in September.