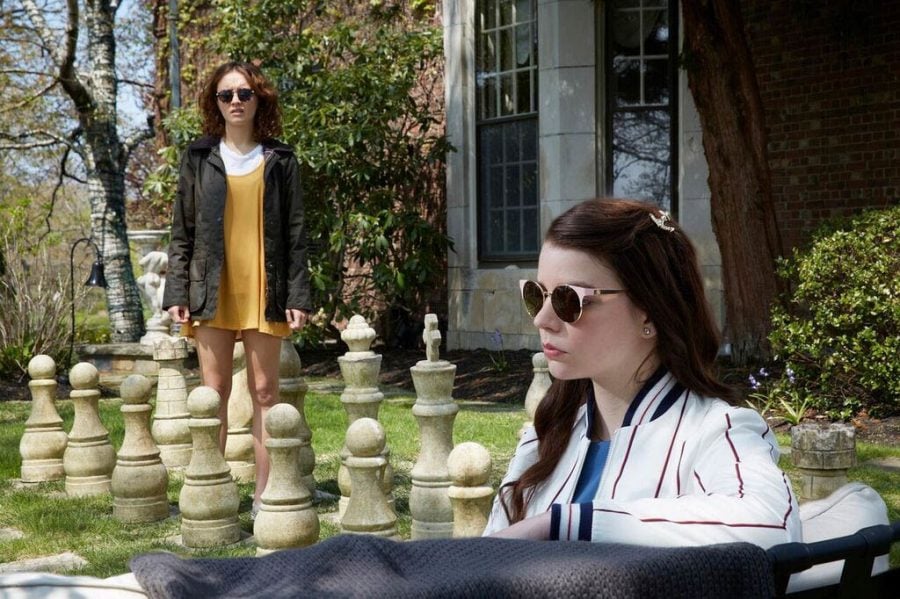 Olivia Cooke and Anya Taylor-Joy appear in Thoroughbred by Cory Finley, an official selection of the NEXT program at the 2017 Sundance Film Festival. (Photo courtesy of Sundance Institute)

Usually, two teenage girls plotting a murder, one a certified sociopath, would be a niche film. Fortunately this film, “Thoroughbreds,” fits into the relatively niche genre of low-budget horror films that has a dedicated following. Even more than that, it stands apart as one of the most uniquely twisted stories today and it is now in theaters after a successful debut at Sundance Film Festival in 2017.

The film starts as Lily (Anya Taylor-Joy), a wealthy and intelligent teenager and her childhood friend Amanda (Olivia Cooke). A social outcast and borderline sociopath reunite after years apart in their Connecticut suburbs. Initially, at odds, they eventually bond over their mutual hatred of Lily’s obnoxious and controlling step-father.

Over the course of the film, they begin to flesh out a plan to kill her stepfather to rid them of the main problem in their lives. Initially reluctant to carry-out the plan themselves they recruit a local drug dealer and hustler, Tim, to do the dirty work for them.

This serves as one of Anton Yelchin’s final on-screen appearances before his untimely death in June, 2016. Luckily, this role allows Yelchin’s talents to flourish as he plays the often funny and incredibly likable “tough-guy” that is more bark than bite.

Aside from the stellar performances from the young cast, the film really finds its unique perspective in it’s sound design and editing. At times the film is eerily silent with the only noises coming from footsteps echoing through the house. At other times, the insentient sound of the step father’s rowing machine commands the scene and reinforces his presence in their lives. Whether it be the presence of sound or the lack thereof, “Thoroughbreds” masterfully uses it the best way possible and begs of the audience to involve all of their senses and listen intently to the story presented to them.

Similar to many low-budget horror films today, “Thoroughbreds” weaves comedy into the plot and characters it is showcasing. The sociopathic tendencies of Amanda make her simultaneously creepy and witty. Her awareness of how people perceive her also serve as comedic ploys throughout the film. Yelchin’s character Tim also acts as one of the main comedic features in the story as he struggles to come to terms with what has been asked of him by the two twisted teenage girls.

Impressively, “Thoroughbreds” is writer and director Cory Finley’s debut film. Much to his credit, the writing is perfectly paced and the unfolding of the complex lives and personalities of Lily and Amanda are slowly but surely revealed. Leaving enough mystery surrounding their backstories throughout much of the film, Finley finds a way to keep the audience interested while still moving the story forward.

The plot seems simple but much to the testament of Finley as the director, the movie never feels longer than it should be. The story moves forward at an appropriate pace allowing for the true personality of the film and it’s characters to shine while still never becoming slow or boring.

While “Thoroughbreds” may be considered part of the niche genre of low-budget horror, it shines as a stand-alone film that is a showcase of a wildly talented young cast with an up-and-coming visionary at the helm.