Brandon Cyrus to transfer from DePaul 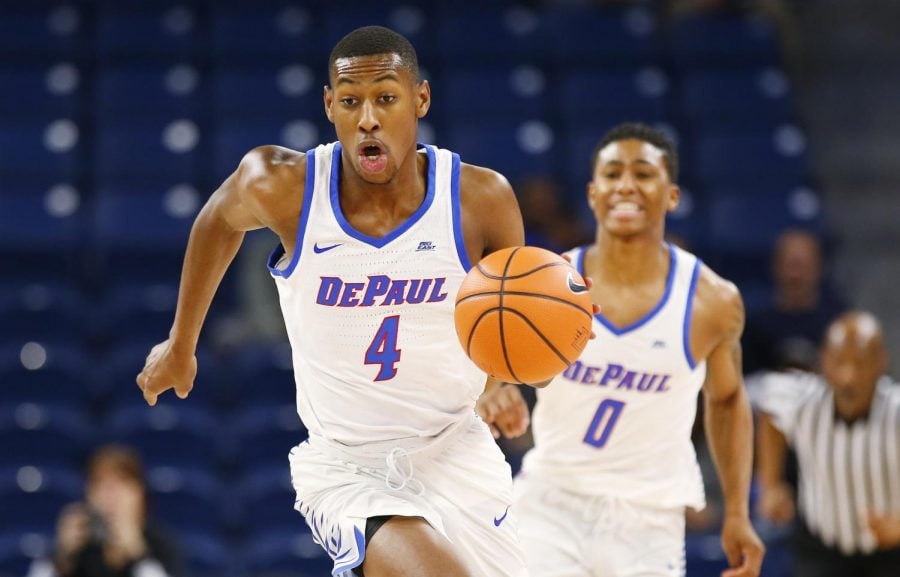 Brandon Cyrus averaged 7.2 points this past season in his second year with the program. (Photo courtesy of DePaul Athletics)

Sophomore guard Brandon Cyrus announced in a tweet Monday evening he is transferring from DePaul after two seasons with the program.

“I would like to thank DePaul University, coach Leitao, staff, and fans for giving me the opportunity to compete as a student athlete these last two years,” Cyrus said. “After much thought and consideration from my family, I have decided to transfer and explore other opportunities.”

Cyrus started 23 of 31 games a year ago and averaged 7.2 points and 3.5 rebounds per game. As a freshman, Cyrus also started all 32 games averaging 6.3 points per game in just over 26 minutes.

The sophomore guard was one of the Blue Demons better perimeter defenders and improved offensively as the year went along. Cyrus scored a career-high 20 points against No. 3 Xavier in DePaul’s final home game of the season.

Per NCAA rules, Cyrus will have to sit out next season before returning for the 2019-20 season where he will have two seasons of eligibility remaining.

Cyrus also becomes the eighth player to transfer in Leitao’s second stint with the Blue Demons that began in 2015.