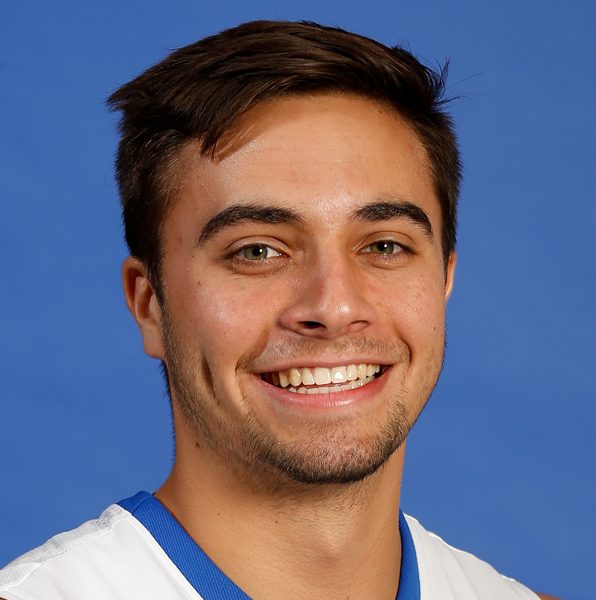 The university announced via a press release this afternoon Strus’ intention to declare for the 2018 NBA draft. He hasn’t hired an agent, meaning if he doesn’t hear his name called on June 21 he can return to DePaul for his senior season of eligibility.

“After talking with my family and coaching staff, I’m entering my name into the 2018 NBA draft to test the waters and get feedback,” Strus said. “In order to get a true sense as to where I stand in the eyes of the NBA, this is the best route to get direct communication with NBA teams.”

Strus is a 6-foot-6-inch wing player who has garnered praise for his motor, competitive edge, and athleticism. He can score from anywhere on the floor and finished 11th in the Big East Conference in scoring average (16.8 points per game) despite commanding the attention of the opposition’s best defender on a nightly basis and frequently having to navigate through double teams as well. He’s also a tenacious rebounder for his size and position, averaging 5.6 boards per game.

In an ESPN insider article written on Dec. 21, draft expert Mike Schmitz included Strus on a list of his most underrated wing prospects of 2018. Strus exploded for a season-high 33 points on two occasions, once against Northwestern on Dec. 21. and another time against Xavier on Dec. 30. He scored at least 20 points on ten other occasions and finished with double digit scoring in 26 out of 31 games. The 81 3-point field goals he poured in this season was the second highest single season total in school history.

If Strus is drafted that’d be a huge blow to a Blue Demon squad that graduated two starters (Marin Maric and Tre’Darius McCallum) and two key role players (Joe Hanel and Peter Ryckbosch) from a squad that finished in last place in the Big East last season. Sophomore guard Brandon Cyrus also recently announced his intention to transfer away from DePaul. But nobody is worrying about next season for now.

“This will be a great experience for Max and we’re excited for the opportunity in front of him to not only get feedback from NBA teams, but also compete against some of the best players in the sport of basketball,” Blue Demon head coach Dave Leitao said. “Going through the draft process will allow Max the opportunity to see where he stands among the group of draft-eligible players and also where he needs to develop to succeed at the highest level of our sport.”

As Strus hinted in his statement, this feels like an opportunity for him to receive feedback and then apply that feedback to his game next season when he exhausts his eligibility at the collegiate level in preparation for the 2019 NBA draft.