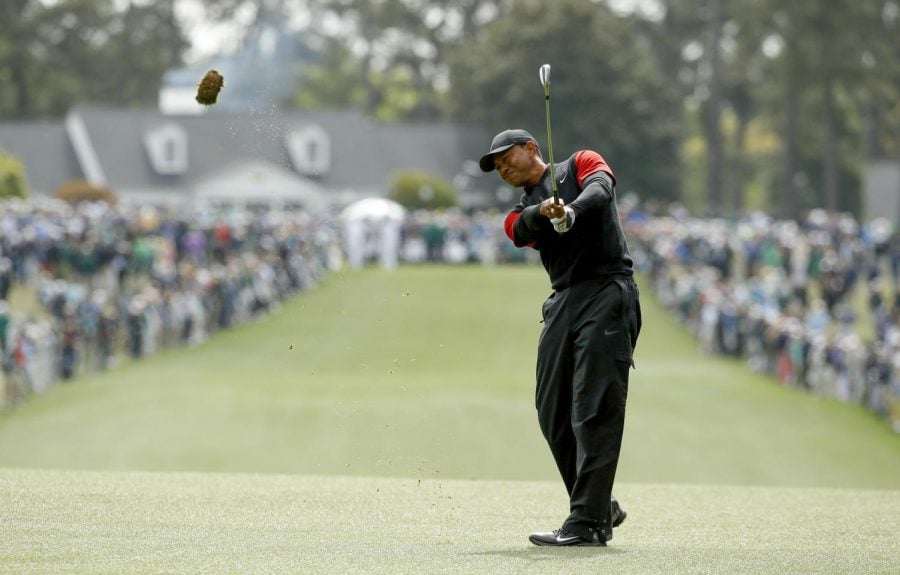 Tiger Woods opens with a par during the final round of the 2018 Masters. (Charlie Riedel | AP)

Commentary: The 2018 Masters was one of the most talked about in recent history with Tiger Woods’ return to form intersecting with many of the game’s new stars including Justin Thomas, Jordan Spieth and Rory McIlroy already winning this season.

While Woods was largely a non-factor on the weekend, the Masters did not disappoint with McIlroy surging to second place after a third-round 65.

This set up a final round pairing of Patrick Reed and McIlroy, who lit up the golf world with a thrilling singles match during the 2016 Ryder Cup at Hazeltine Golf Club in Chaska, Minnesota. Reed defeated McIlroy 1-up.

Behind Reed and McIlroy sat two top 10 players in Rickie Fowler and Jon Rahm who trailed by five and six respectively entering Sunday. Both were in search of their first majors.

Regardless of who wins on Sunday, the Masters gave viewers one of the greatest shows in sports for the 82nd year in a row.