“Shot in the Dark”: the story of being an elite athlete in Chicago’s West Side 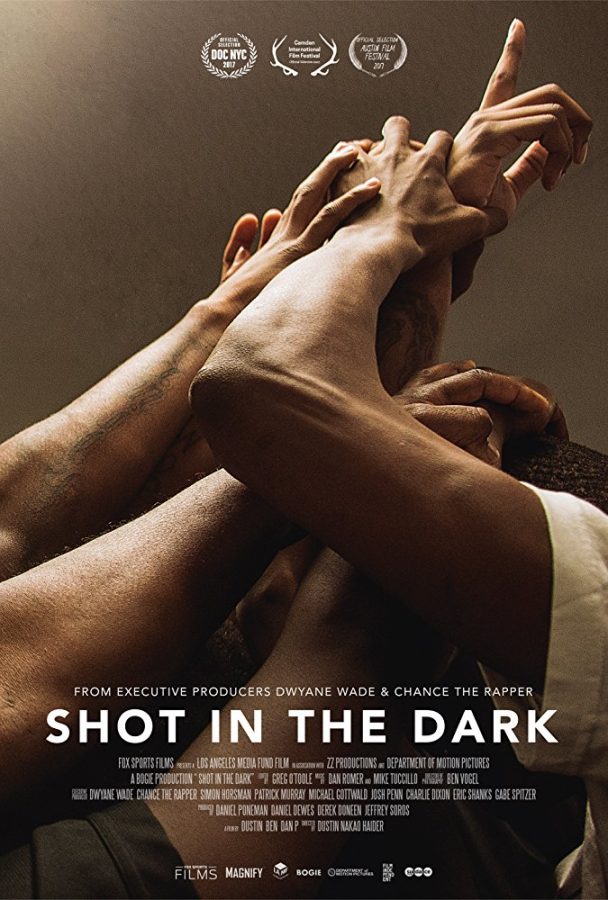 "Shot in the Dark" follows two up-and-coming basketball players at Orr High School as they deal with violence and poverty on Chicago's West Side. (Photo Courtesy of IMDB)

It’s a familiar story. Two star basketball players have dreams and aspirations bigger than their gang-affiliated Chicago neighborhood will allow. There was “Hoop Dreams” in 1994, which followed two African-American teenagers from poor neighborhoods in Chicago who are recruited by a basketball scout. There was also “Benji: The True Story of a Dream Cut Short” in 2012, which chronicled the short life of Chicago South Side basketball player Ben Wilson.

Now, there’s “Shot in the Dark.” The documentary is executive produced by Chicago natives Chance the Rapper and Dwyane Wade and centers on Orr Academy High School and their basketball team, the Spartans. It specifically follows Tyquone Greer and Marquise Pryor, two star players, as they navigate life on and off the court and attempt to leave their dangerous West Side neighborhoods behind.

Orr Academy has a 46.4 percent graduation rate, according to Chicago Public School records. It is situated between two neighborhoods, West Garfield and Humboldt Park, that are known for their racial segregation and violence. The school’s student body is 85.1 percent black and 14.5 percent Hispanic with a poverty level of 98.4 percent.

“The film shows some hardships they had to overcome and the poor facilities they worked with,” said Fred Mitchell, a former sports reporter for the Chicago Tribune and journalism instructor at DePaul.

It is no surprise, then, that the students are determined to leave. For the students featured in the film, basketball serves as their only way out. The Spartans’ coach Lou Adams tries to help maneuver the team through their violent-plagued surroundings with many hours of hard work and a lot of tough love.

This tough love is common in African-American communities. African-American men, specifically, are molded by it. Yet, to many of the boys in “Shot in the Dark,” Adams serves as their only father figure. He takes on the responsibility of guiding them through life and getting them out of their neighborhood regardless of how tough he has to be on them.

“I think that’s one thing I love about having attended a Chicago high school,” said Wendy Ramirez, a senior at DePaul. “The teachers and faculty members cared so much despite working with minimal material and facilities.” This is a reality for a lot of Chicago high schools and it’s something the film doesn’t shy away from touching on.

Neither does it shy away from highlighting the harsh truth that some students never get to overcome the hardships but instead have to succumb to gun violence and gang affiliation. Marquise Pryor, for instance, struggled to get into junior college and spent several years in jail for gun possession.

Even in unexpected instances, the film doesn’t leave anything out. Towards the end, Greer and some other teammates are at a party that ends in a shoot-out. Greer is wounded but survives. Despite his injuries, however, he makes a game-winning shot.

“I feel like the documentary is constantly surprising,” Kupper said. “Shot in the Dark” was certainly surprising with the unexpected shooting of Greer and his teammates, but the decision to not hide or sugarcoat the violence shows the harsh reality these teens lived with.

“It sounds a little bit similar to ‘Hoop Dreams,’” said Kupper. Similar to “Shot in the Dark”, the film follows two players who navigate their life through Chicago’s West side trying not to get sucked into drugs or gang life.

“You don’t see a lot of stories where they manage to get out,” Kupper said. These two films, however, show that they can prevail.

Greer accepts a basketball scholarship to Daytona State. The other teammates accept scholarships to several colleges around the United States.

“The film is going in a positive direction,” said Devin Gage, a DePaul Blue Demon who graduated from a Chicago high school in 2015. He said it’s refreshing to see a film showing people escaping the violence and poverty Chicago is known for.

“It shows them struggling and making it,” said Gage. “It really shows that they’ve been through it all.”