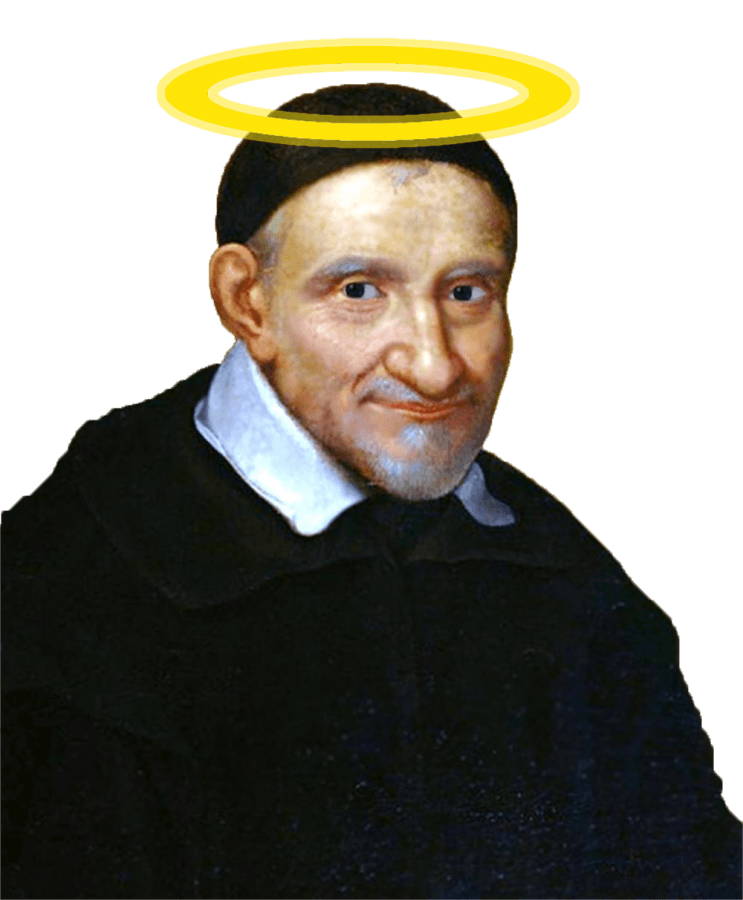 He was serious, and I knew it. My siblings and I would often bicker during Mass, laugh during the hymns and taunt each other with, “I’m not touching you,”; all the while the priest was attempting to reinforce the sactinity of the Eucharist into our young faithful minds. As children our silence would grant us a reward, so we chose obedience over contestation, which I would eventually find to be a frequent theme in Catholic life. The rewards obscured my understanding of faith by enforcing this conflicting and confusing duality: Was I pursuing faith for the sake of faith, or was I doing it for a guilt-ridden and undeserved payoff?

I have felt this deep-seated emotional phenomena from the beginning of my time in the Catholic church at my First Communion until now, even though I am a lapsed Catholic today. As a child I would be sitting at home watching TV, before suddenly I would realize my indulgences were talking hold of my perception of self. Why, I asked myself, was I allowing this episode of “Drake & Josh” to take priority over my prayers?

This feeling, referred to as Catholic guilt, is experienced by practicing and lapsed Catholics alike. It’s similar to scrupulosity in that it derives from moral or religious issues that produce this guilt, but it goes deeper than that. The pervasiveness of it, remaining in the back of my head even after five years of not going to Mass, astounds me. Seeing a crucifix, I’m transported to my childhood bedroom, reciting my “Hail Marys” and giving thanks to God. I can’t remember the last time I prayed, but I can remember the last time I spotted a crucifix and thought to myself, “Hey, I have to get to Confession soon.”

Attending a Catholic university wasn’t something that was attractive to me. I wanted to come to DePaul to live in the city, and though I knew it was a Catholic university, I assumed the religion wouldn’t be very prevalent. What I didn’t expect when I started at DePaul was the frequent exposure to religious iconography similar to that which loomed over me during Mass as a girl, giving me what the scriptures couldn’t describe. As I went about my classes at DePaul, I realized that the school’s advocacy for issues of social justice was inseparable from its infatuation with Catholic theology. Though social justice is indeed a fundamental pillar of Catholicism, in my experience the Church’s priority was usually the advancement of the Church – not necessarily those in need.

“My family grew up seriously Catholic,” said Emily Cosgrove, a junior. “We’d go to church at 7 a.m. every Sunday, and I knew really long prayers when I was like four.”

The deep connection her parents had to Catholicism didn’t translate over to her, and now she does not practice any religion. Another student, Claire Hope, sophomore, says her problems as a lapsed Catholic derive from the Church’s goodwill mission that frequently goes overlooked by practicing Catholics.

“I just always felt like if I’m going to be a good Catholic, I would rather do good than just sit in Mass and talk about [doing good],” Hope said. “That feeds into me feeling bad when I can’t give, like, every dollar I have to the poor or needy.”

Her experience is similar to many raised Catholics at DePaul; it’s hard to turn a blind eye to the multiple cases of human rights violations within the Church (child abuse, unwillingness to disclose child abuse, opposition to marriage equality – the list goes on). Even as the largest Catholic university in the country, Catholics are hard to come by on campus.

In 2017, 38 percent of DePaul’s students reported to be Catholic according to enrollment statistics. Maybe the Catholics at DePaul feel more comfortable keeping their faith to themselves. Yet hiding your faith adds to the guilt even more; denying God is a one-way ticket to Hell.

The guilt does not stop at the relational level. It transcends from relationships to personal achievements. Though students push themselves to succeed, it becomes difficult to completely internalize their accomplishments are all thanks to how “good” of a Catholic they are. In this, Catholic guilt and impostor syndrome converge to fulfill their mission of gluing together talented people and unfounded feeling of fraud.

It’s a feeling as if the crucifix is behind you, following you. I’m guilty, yes, but of what? “Mater si, magistra no”, or “Mother yes, Teacher no” in Latin, refers to a Catholic who does not follow some of Catholicism’s customs, usually those of social or economic issue. Maybe many DePaul Catholics experience this departure from some core teachings of Catholicism. The prayers you preach and the hymns you sing are heard, with the same outcome, by corrupt people and vile predators leaves that familiar sour taste Catholics know from years of guilt. This remains the issue of Catholicism at DePaul; when major problems in the Church aren’t criticized or even discussed, the Catholic students become confused.

I’m guilty, yes, but how does it fit into my faith? Guilt is fundamental in Catholicism; you are nothing without the guilt of being incomplete with your faith. Being a devout Catholic is intense not because of 7 a.m. Mass or the looming nature of the iconography, but because of its insidious nature. Right when you think you’re able to move on from the Catholic guilt instilled into your young mind, it comes back 5 years later at your liberal university.