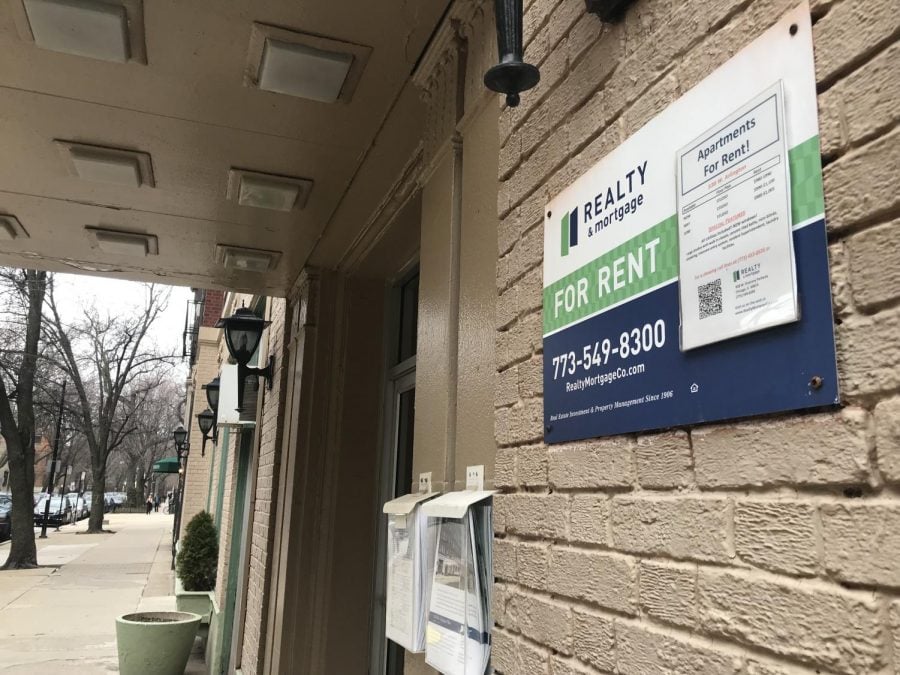 Affordable housing can be difficult to find, and Millennials spend more on rent and fewer are homeowners than previous generations. (Benjamin Conboy | The DePaulia)

Millennials, those between the ages of 22 and 40, are the subject of a great deal of stereotypes: they’re politically active, they’re engaged with technology, and want instant gratification.

But those who study housing in the U.S. are drawing increased attention to another thing that makes Millennials stand out – an economic trend that is so unique compared to generations: Millennials are renting their places of residence far more than they’re buying them. On average, Millennials spend $92,600, or 45 percent, of their income on rent before they turn 30, according to a study by rental search website RENTCafé that analyzed data from the U.S. Census Bureau.

Experts say there are multiple factors influencing why millennials are opting to rent rather than buy residential properties, and one of them is the lingering burden of student loan debt.

The Student Loan Report in October 2017 found that there is more than $1.4 trillion in outstanding student loan debt that is shared among over 44 million borrowers in the U.S. Equally gruesome, 61.22 percent of the collegiate class of 2016 graduated with student loan debt, as public school graduates left college with $16,066 in student debt on average, while private school graduates left college with $19,257.

“Increased levels of student loan debt (…) affects debt-to-income ratios and the ability to save for a down payment, both key underwriting criteria when applying for a mortgage,” said Geoff Smith, Executive Director of the Institute for Housing Studies.

According to the American Community Survey from the U.S. Census, the home ownership rate plunged from 65.9 percent down to 48.6 percent from 2000 to 2015 for people aged 25 to 34. Consequently, the decline in millennial homeownership could negatively impact the real estate market and overall wealth accumulation.

“Owning housing means the early stage of wealth accumulation since mortgage includes the interest payment and amortization,” said Jin Man Lee, Research Director of the Institute for Housing Studies. “The lack of owning of housing will impact on the consumption patterns for millennials. They will spend more for current spending instead of future consumption. Less accumulation of wealth means less security on their future consumption, which will result in uneven consumption patterns in their life.”

Additionally, the combination of millennials renting more and carrying more student loan debt could cause housing sizes to shrink and lead to some changes in mortgages. 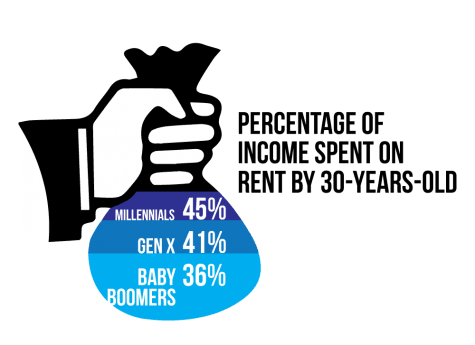 Additionally, Smith says other factors affecting the lack of home buying among millennials “include delaying certain lifestyle decisions like getting married or having children until later in life,” both of which can  “trigger new housing needs (that are) more aligned with homeownership.”

Aside from rent being a financial burden on a national level, the burden is even problematic for DePaul students who live off-campus on the North Side of Chicago, which are among the highest in the city. The average rent of a one-bedroom apartment in Lincoln Park was $1,690 as of September 2017, while the average rent of a two-bedroom unit stood at $2,500 as of April 2017, according to the apartment hunting website Domu. In Lakeview, the monthly cost of a one-bedroom unit stood at $1,560 and $2,125 for a two-bedroom residence.

Steph Lehocky, a senior who works part-time to help pay for her off-campus apartment, says the amount of income she spends on rent often keeps her away from recreations in the city.

“Paying rent is a huge responsibility, and at times very stressful,” Lehocky said. “At times paying rent out of pocket does hinder activities I would love to do in Chicago. Since there are so many opportunities to do really cool things, paying rent does sometimes hold me back.”

Lehocky also mentioned that paying for rent as a student can limit future savings.

“The cost of living is so expensive and it’s hard to save for the future,” Lehocky said. “People still have to work hard to continue to support themselves and pay for the necessities and recreational needs they have.”

Even though renting is a popular option for the younger generation, that doesn’t mean millennials won’t ever come to own their own residential units.

“As renting affordability continues to be an issue, this may push households who are able to buy towards considering homeownership,” Smith said.