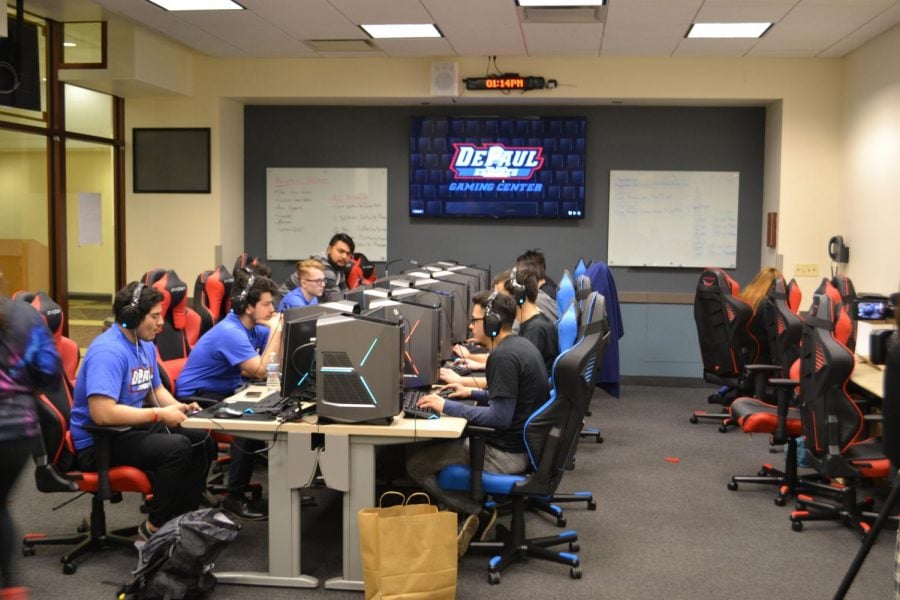 DePaul will unveil its new gaming center on Monday at 2 p.m to the DePaul community. (Andrew Hattersley | The DePaulia)

After a perfect 10-0 start during the Big East Invitational to open the new gaming center, the Blue Demons entered the Final Four as the No. 1 seed in the esports Invitational in both “League of Legends” and “Rocket League”.

In the LOL competition, DePaul won its semifinal 2-0 again No. 4 Providence, before falling to Villanova 2-0 in the championship game.

DePaul currently has no other matches scheduled, but the grand opening to the DePaul community will be held next Monday at 2 p.m.