A review of 'When I Think of You in a Castle' 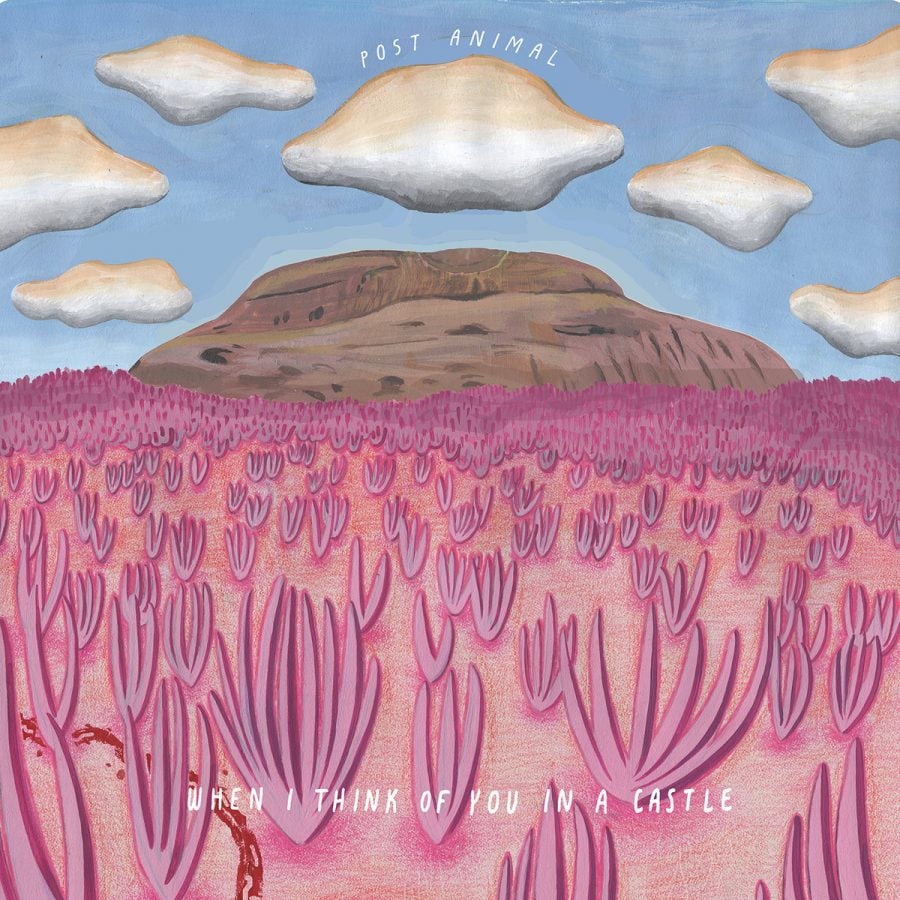 "When I Think of You in a Castle" is Post Animal's first new release since 2016. IMAGE COURTESY OF POST ANIMAL BANDCAMP

If MGMT and Tame Impala had a lovechild it would be Post Animal.

After four years of singles and EPs, Post Animal finally graced fans on April 20 with their debut album “When I Think of You In a Castle.”

What began in a haunted Michigan lake house with the future of the band in question due to Keery’s filming commitments has culminated in an 11-track LP that was definitely worth the wait.

Heavy psychedelic rock is infused perfectly with power-pop throughout this record to create a balance that sets the group apart from other modern psychedelic bands.

“Everywhere All At Once” starts off the album and manages to set the tone – even though it features a completely different sound than the rest of the tracks. Originally recorded with vocals, the band decided to scrap them to focus on the synths throughout and make the track an instrumental intro to the album. The soft strumming builds slowly – but steadily – until Toledo’s powerful drums come in to lead what may just be the most flawless transition between tracks to “Gelatin Mode.”

“Gelatin Mode” is followed up by “Tire Eyes.” While the sound isn’t completely different, it has less of a rock feel and more of a power-pop vibe. Powerful drums and riffs dominate these two tracks while Allison and Keery tag-team the vocals on “Ralphie” to create a sugary power-pop anthem that truly steals the show.

Compared to the heaviness of the other tracks, “Castle” is a relaxing interlude that allows you to reflect on just how amazing this album is. It shows what Post Animal does best: versatility. While sticking true to their genre, they explore the parameters of psychedelia and create a truly unique listening experience.

There’s something special about their inclusion of “Special Moment” – the only single they released in 2017 – on “When I Think of You.” In a sense, it shows their growth as musicians while showing that they’ll always stay true to their roots.

“Victory Lap: Danger Zone” continues with the heavy rock vibes that make this album so special. The heavy riffs create a high octane feeling that leaves you wondering if you’re actually in danger, but the feel of the album once again slows down with “One Thing.”

These tracks – along with “Heart Made of Metal” and “Dirtpicker” reflect the newfound confidence this band has found in their sound that wasn’t exactly prevalent in their previous releases. Instead of being soft and heavy, they go big with melodic riffs while still sticking to their original style.

The album ends perfectly with the bonus track on the album –  “Susie.” This tune exudes a mellow vibe yet sounds like it would fit perfectly at the end of a nostalgic coming-of-age movie.

There’s something different about Post Animal compared to the rest of the indie rock scene. With secured spots at some pretty serious summer festivals – including Lollapalooza – and the reception to their album thus far, it’s safe to say that this is just their beginning.