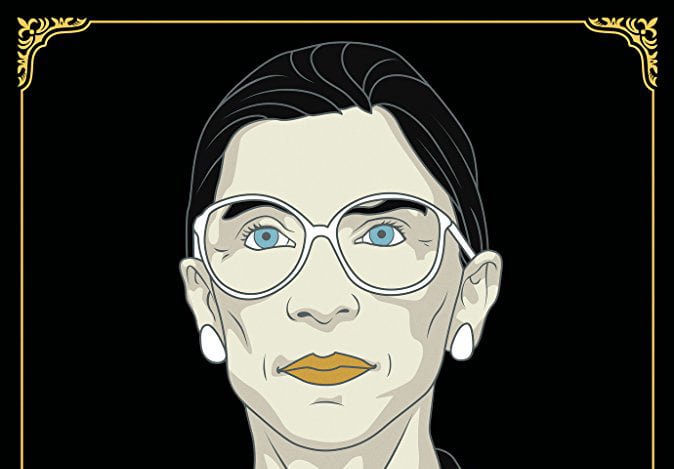 For most, a high-ranking federal judge isn’t the first choice for a fascinating documentary. But not every judge is Supreme Court Justice Ruth Bader Ginsburg, who has become an online sensation with her feminist-oriented quotes lighting up social media platforms. In the new movie “RBG,” Ginsburg is put in the documentary limelight for the first time.

“RBG” is a self-proclaimed intimate retelling of Ginsburg’s life. From discussing her mother to her marriage to different cases she has worked, the filmmakers dove into the equal rights-focused judge’s past. The film, which was first shown at the 2018 Sundance Film Festival, was directed by female directors Julie Cohen and Betsy West. Through it, they successfully  provide an interesting portrait of this courageous justice.

Moving in a mostly chronological order through Ginsburg’s life, the film features her family, friends and acquaintances telling stories about the woman herself, in order to give a more personal look at who the tough-loving Ginsburg really is. Starting off with her time as a young girl who loved to learn in school, family and acquaintances tell intimate stories that show Ginsburg’s inner strength and perseverance.

Early in the documentary, an old friend of Ginsburg’s talks about how, early in her marriage, the newly-wedded Ginsburg had just had a child when her husband was diagnosed with cancer. Instead of giving up, the friend relates how Ginsburg would go to class, take care of her kid and the house, and help her husband through radiation and his own schoolwork – all while both he and she were still in law school.

Ginsburg has been criticized for years about being too harsh and for having what some have called a dry personality. Many of those interviewed recall that her husband Marty was the funny one, while Ginsburg was the logical one. But despite her tough exterior, the love and passion that Ginsburg holds for her family is incredibly evident. While talking about Marty, who died in 2010, Ginsburg would smile a smile that one of the interviewees says could “only be mirrored when thinking about love.” And while she spent time with her granddaughter — who affectionately called her “Bubbe” – a different, more maternal side of Ginsburg is also shown,, proving that she is more than the stone-face justice who regularly hands down dissenting opinions.

While the trailers for “RBG” show the pop-culture stardom that Ginsburg has taken on in recent years, that’s nowhere near an accurate representation of the documentary itself. The film instead only devotes a tiny amount of time at the tail end of the movie to Ginsburg’s status as a feminist icon, where she has become an internet obsession.  Most of the rest of the film is spent looking at the rest of her life that has led her to be the powerful 85-year-old that she is today.

“RBG” does a great job telling the story of Ginsburg’s life, exploring both her personal and professional lives with detail, humor and an air of tenderness. However, anyone who has ever listened to a talk with Ginsburg or read her biography won’t learn anything new from “RBG.” The stories that she and others tell are largely the same as those that have already been heard, which leads the documentary to lack a sense of fulfillment.Without the addition of new major facts that give another look at Ginsburg herself, the documentary falls a bit flat. Regardless, Ginsburg is still a notable figure, and the story of how she worked her way from being bullied in law school to becoming one of the most powerful people in the United States is still a wonderful tale for anyone – regardless of political beliefs. “RBG” is inspiring, witty, heart-wrenching and sweet, and Ginsburg herself is able to light up the screen with her laugh and regality. “RBG” is sure to be a documentary treasured long after Ginsburg’s seat in the Supreme Court has been filled by someone else, but for now we are able to enjoy the documentary and the woman herself.

“RBG” hits theaters across the nation on Friday, May 4.