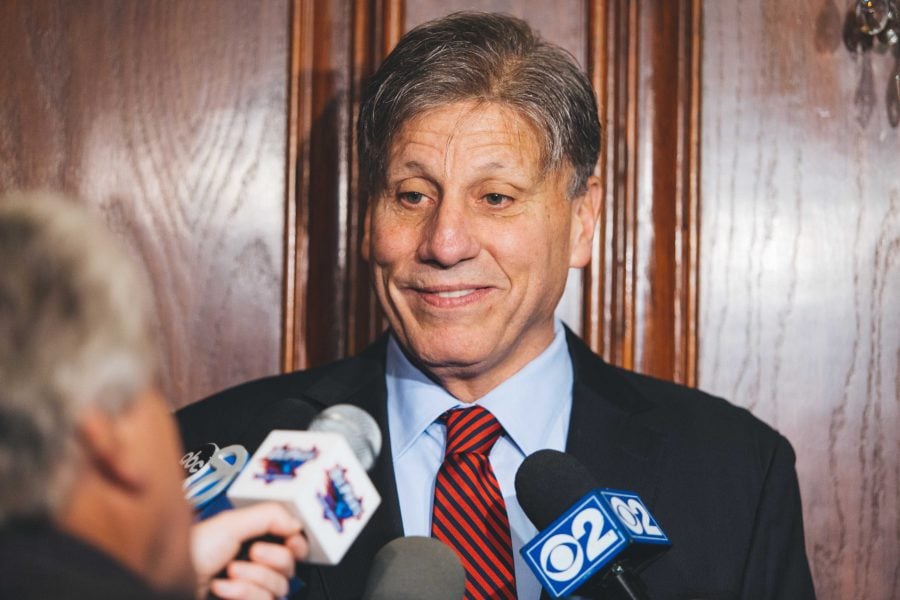 With another successful season in the books and fresh off their 16th straight NCAA Tournament appearance and fifth consecutive regular season title, DePaul showed their appreciation for head coach Doug Bruno by extending his contract through the 2023-24 season.

As perennial postseason contenders, DePaul is in elite company with the likes of Connecticut, national-champion Notre Dame, Tennessee, Stanford and Oklahoma as the only schools who also have a streak of that length currently ongoing. Bruno, 67, credited the administration for giving him the tools to succeed.

“I am really blessed to work for a terrific administration led by President Dr. A. Gabriel Esteban and for the best athletics director in the USA in Jean Lenti Ponsetto,” Bruno said. “(Jean) consistently puts all of her coaches in the best position to succeed.”

Bruno also praised his assistant coaches and players who have helped the Blue Demons win more than 20 games throughout 11 straight years and in 15 of the last 16 seasons.

“I’ve been fortunate to have great assistant coaches through all the years. My current staff is absolutely one of the best in the country,” Bruno said. “Most important, the reason you succeed is the players. I’ve been blessed to have tremendous student athletes help build the DePaul women’s basketball legacy.”

The work is far from done, however. Bruno said there is still a lot to be accomplished with the program, and this extension gives him the opportunity to reach those goals.

“I am excited about this contract extension because we still have work to do,” Bruno said. “As proud as we are of everything we have achieved, our expectation through the length of this extension is to take the Blue Demons to even higher places.”

Lenti Ponsetto said keeping Bruno as their coach was something the school wanted to do because of the distinction he has brought to the program and university.

“We wanted to reward coach Bruno for all his dedicated years of service and the incredible contributions he has made to the DePaul women’s basketball program and the university community,” Lenti Ponsetto said. “It’s a reward for the way he has represented us nationwide in women’s college basketball and internationally with USA Basketball.”

Bruno’s time with the program began in the 1960s and early ‘70s as a player before he returned as head coach, and to this day he says he is thankful to those who first gave him an opportunity at the program.

“I am so thankful to be working at a great institution like DePaul,” said Bruno. “I never would have been here without coach Ray Meyer, who gave me a basketball scholarship, Frank McGrath and Gene Sullivan who hired me in the 1970s.”

In May, Bruno will also receive the Illinois Basketball Coaches Association’s first-ever “Rich and Ron Herrin Award” for meritorious lifetime contributions to the game.

This past season, DePaul reached the second round of the NCAA Tournament before falling to Texas A&M 80-79.