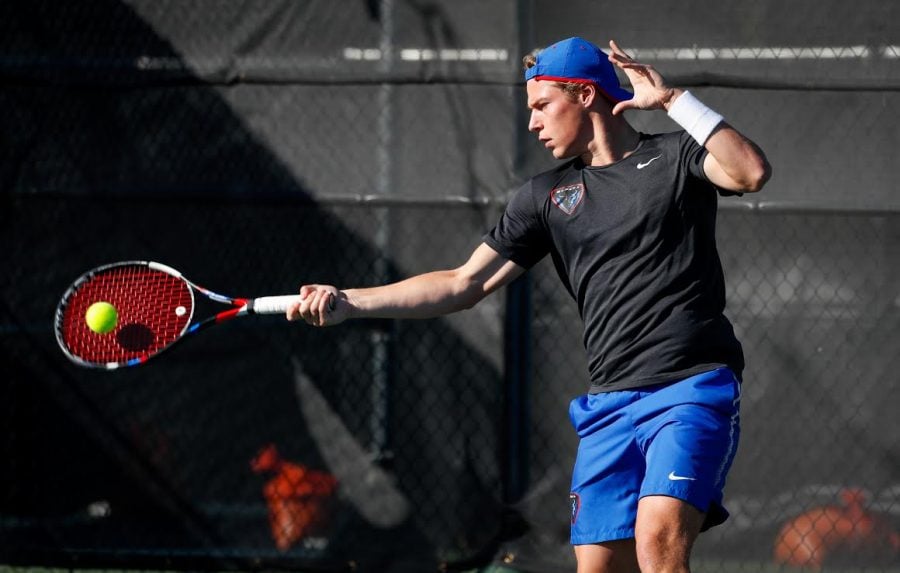 It was raining down All-Big East honors in Chicago Monday.

The Big East Conference announced their All-Big East teams for this season and between the men’s and women’s tennis programs, the Blue Demons placed six athletes on that list.

On the women’s side, seniors Keisha Clousing and Patricia Lancranjan earned All-Big East First Team honors despite both women missing significant time this season with injuries. Lancranjan finished the season 16-6 (14-4 in dual matches), which included a perfect 5-0 record against Big East competition. With Clousing missing extended time with injury, Lancranjan played in the Blue Demon’s No. 1 singles slot. Clousing finished the season with an 11-10 record despite battling injury.

Meanwhile, sophomore Aspasia Avgeri snuck in there for All-Big East Second Team honors. She finished the season with a 15-12 record while winning all three of her matchups in the Big East Women’s Tennis Championships.

After finally getting healthy at the end of the season, the Blue Demon women made a run to the title match in the Big East Women’s Tennis Championships but succumbed to St. John’s 4-2.

On the men’s side, Blue Demon sophomore Boris Spanjaard earned All-Big East First Team honors after going 23-16 in singles matches and 16-14 in doubles matches this season. Between singles and doubles play, Spanjaard posted a 5-1 record in the Big East Men’s Tennis Championships.

Senior Alex Galoustian and sophomore Christopher Casati landed on the All-Big East Second Team. Galoustian was 4-0 in Big East regular season play while Casati finished the season with a 17-12 record.

The trio helped the Blue Demons advance to the title match in the Big East Men’s Tennis Championships where they fell to the Marquette Golden Eagles 4-1.