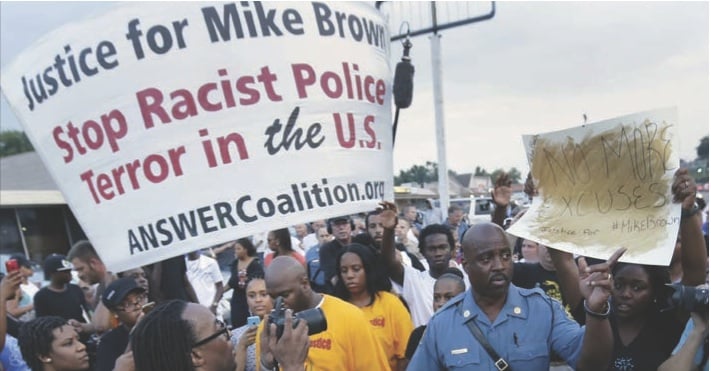 The continuing Israeli-Palestinian conflict went through another spate of violence throughout July and August as members of the Israeli Defense Force and Palestinian group Hamas clashed throughout the Gaza Strip.

The conflict was prompted by the kidnapping and murder of three Israeli teenagers June 12. Although this act was not proven to be committed by any major Palestinian group, the search for the teens led to a subsequent crackdown by Israeli military forces.

These actions resulted in retaliatory rocket strikes by Hamas. Israel responded with further military actions, and it escalated into a full scale conflict between the two sides, with both sides receiving heavy criticism from human rights watchers. Large demonstrations of supporters from both sides occurred throughout Chicago’s Loop during the summer.

Warfare continued until a final uneasy ceasefire was called Aug. 26, but not before claiming the lives of 72 Israelis and more than 2,000 Palestinian lives, including over 500 children.
Militant extremists cripple Iraq, Syria
The recent rise in power of the Islamic State of Iraq and Syria (ISIS), an extreme militant group, created a new wave of instability for the already unstable region.

Formerly a cell of al-Qaeda, ISIS was formally expelled on Feb. 3. The group seeks to return the region to a rule based on early Islamic principles, and has utilized violent means to do so. Over the last few months, they have established territorial control over much of Northwestern Iraq and gained influence over many former members of the rebel group known as the Free Syrian Army, which has been combating the regime of Bashar Al-Assad in Eastern Syria. Recently, war analysts have described ISIS as more of a militia or regional army than as a terrorist group.

After massive territorial advances by ISIS in June and July — as well as the high profile executions of two American journalists — the Obama administration authorized a number of airstrikes on Aug. 7 to stem the advance. They also authorized a number of supply drops to help support the Yazidi, a Kurdish minority in Northern Iraq that was threatened with genocide by ISIS.

There is potential for American efforts to expand into Syria in the future.
Michael Brown shooting and Ferguson riots

On Aug. 9, unarmed African-American teenager Michael Brown was shot and killed by a police officer after being suspected of robbing a nearby convenience store. Policemen claimed that Brown had assaulted officers at the scene leading to the shooting.

The resulting outrage over his shooting resulted in multiple vigils and protests immediately after. Many protesters were met with police officers in heavy riot gear. Violence and rioting in the surrounding neighborhoods ensued throughout the next few weeks.

Police continued to respond with heavily militarized tactics, including the use of rubber bullets, tear gas and the detainment of members of the press. These tactics were criticized by many — including President Obama — as a show of excessive force. Violence continued to be perpetrated on both sides, and Missouri Gov. Jay Nixon called in the National Guard from Aug. 18 to 21.

On Aug 11, the FBI opened a civil rights investigation into the shooting and the validity of the officer’s actions, and Attorney General Eric Holder arrived Aug. 20. Additional possible evidence has arisen, with many people challenging the officers’ testimonies and an autopsy revealing that Brown was shot six times while facing forward.

On Sept. 4, Holder announced that the US Justice Department would launch a broader investigation into the practices of the Ferguson Police Department. Currently, the investigation of both the shooting of Brown and the conduct of the police in the following weeks is still ongoing.
Youth migrants face humanitarian crisis
Over the last few months the United States faced a humanitarian crisis with a sudden spate of Central American migrants crossing the border — many of whom are unaccompanied minors.

The cause for the sudden flow of young migrants has largely been attributed to a recent decline in stability in many Central American nations. Mexico and Colombia had recently undertaken succesful anti- drug operations. As a result, much of the drug trade spread to other neighboring nations, exacerbating violence in these nations. Currently, Honduras, El Salvador and Guatemala all rank in the top 10 for world murder rates. Most detained migrants claimed to have emigrated in large part to escape these situations.

Since October 2013, there have been more than 66,000 youth migrants detained, with more than 15,000 in June and July alone. Currently, the flow of migrants has not yet ceased.
Airline attack underlies Ukrainian conflict
Malaysia Airlines Flight 17, a nonmilitary passenger flight, was shot down over Ukraine July 17 killing all 298 people onboard.

The shooting occurred over a region of Eastern Ukraine contested by Ukrainian military forces and a pro-Russian separatist group known as the Donetsk People’s Republic. Although the separatists and the Russian government denied involvement in the shooting, intelligence from third parties overwhelmingly point toward separatists’ involvement in the shooting. For the days immediately after, rebel forces impeded humanitarian groups attempting to clean the crash site.

Unnamed separatist sources have told the Associated Press they fired at the plane thinking it was a Ukrainian military plane. However, substantiated investigations into the complete cause of the shooting are continuing throughout the future.