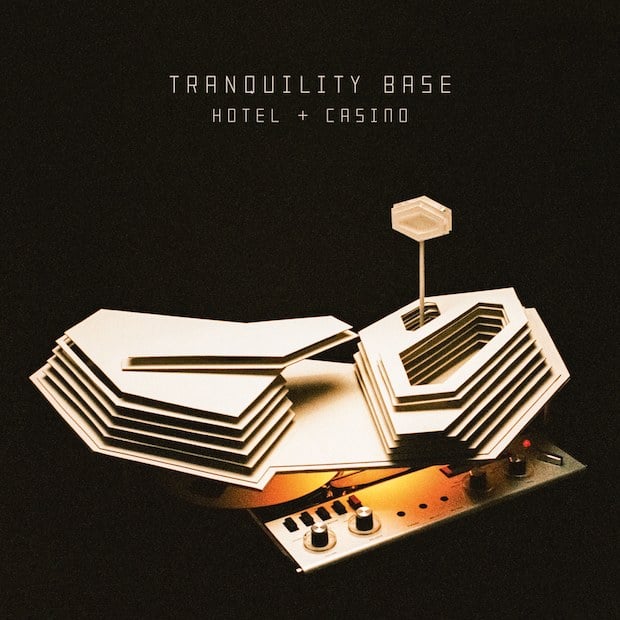 This marks the first new release for the band since announcing their hiatus in 2014.

Don’t panic, but Arctic Monkeys are back.

After a five-year hiatus following the release of “AM,” the group graced fans with a new album on May 11 that features a surprising change of pace.

The Sheffield-based band — comprised of lead vocalist and guitarist Alex Turner, drummer Matt Helders, guitarist Jamie Cook and bassist Nick O’Malley — have maintained their status as one of the biggest bands in the world, and they have even been credited with “saving rock and roll” since their formation in 2002. Interestingly, however, “Tranquility Base Hotel & Casino” is their least rock album to date.

The tracks on “Tranquility Base Hotel & Casino” don’t sound like they came from the same band that released the 2013 indie-rock anthem “Do I Wanna Know?” or the timeless 2007 bop “Fluorescent Adolescent”— but I’m oddly here for it.

“I just wanted to be one of The Strokes, now look at the mess you made me make” begins the opening track — appropriately named “Star Treatment.” Reflecting on their stardom, Turner sets the tone for the entire album with this jazzy tune that sounds like it would fit perfectly in a jazz lounge from the ‘60s.  The album is especially piano heavy, as opposed to their older songs, and Turner has said in interviews that it was a conscious choice, instead of just using the guitar sounds that they’re known for.

The lyrics on this album are especially clever — especially when Turner plays with his accent to rhyme “underpants” with “government” in “One Point Perspective.” The word play isn’t what makes this tune so special though — the guitar riffs in this piece are truly what steal the show. Next up is “American Sports” which oddly sounds a lot like “One Point Perspective,” so there isn’t much to say about the track.

The chill vibes continue with “Tranquility Base Hotel & Casino” and “Science Fiction,” as listeners are taken to the space hotel-casino that the band is referencing. In an interview with Entertainment Weekly, Turner said that the album name is based off of Tranquility Base — the site of the first lunar landing — but says that the band may or may not be talking about an actual hotel-casino location.

“Golden Trunks” sounds more like an interlude rather than an actual track — as it’s the shortest song on the album — and is a perfect transition between “Tranquility Base Hotel & Casino” and “Four Out Of Five.”

Maybe it’s just the title, but “The World’s First Ever Monster Truck Front Flip” is truly the standout track on the album. Turner’s powerful vocals are perfectly complemented by the jazzy keyboard accompaniment — a theme that persists throughout the entire album but is especially noticeable in “She Looks Like Fun” and “Batphone.”

“Ultracheese” is the perfect track to conclude the album, sounding like it would fit perfectly in the closing credits of a classic romance movie.

While the album has received mixed reviews from fans unsure of the new sound, the change of pace is necessary. Versatility and experimentation are key dimensions of this group, which many forget given their status as a popular garage-rock group. The sound isn’t necessarily the biggest critique of the album, however; many are also unhappy with the length.

Due to the extent of the band’s five-year hiatus, many were expecting their return to be marked by a triumphant, lengthy record. Instead, “Tranquility Base Hotel & Casino” is unfortunately only 11 tracks long. Given that the album also introduces a reinvented sound, perhaps more tunes would convince those who are unsure about the direction the group is heading in.

One thing’s for sure: Arctic Monkeys have come back with a bang — and they won’t be going anywhere anytime soon.