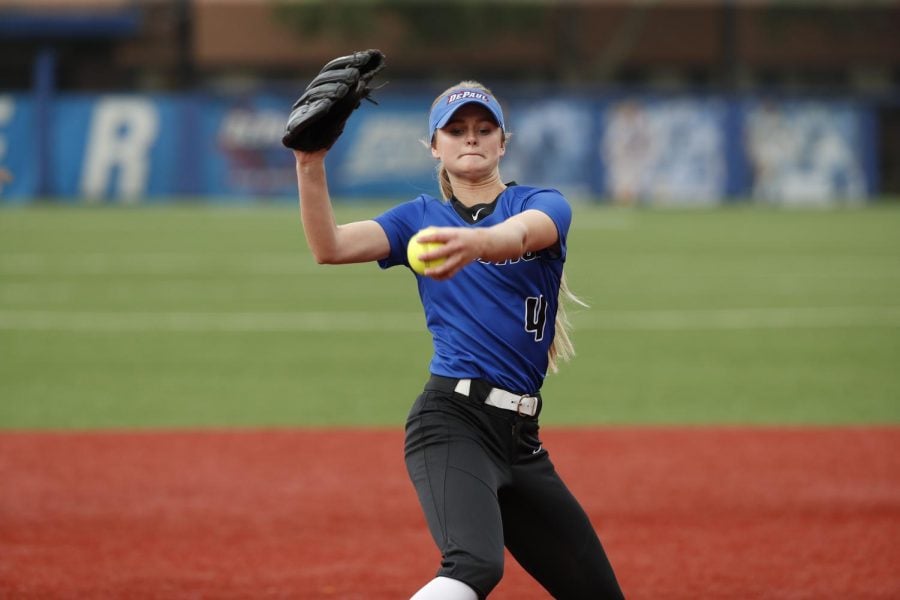 Fresh off Big East Conference regular season and tournament championships, two DePaul Blue Demon softball players are again putting their team in the news for all the right reasons.

In her first season as a Blue Demon, Moore compiled 12 wins as well as a Big East-leading 1.90 ERA. She has averaged over a strikeout per inning this season, totaling 155 to date which is the second highest total in the conference. Her efforts this season earned her Big East Pitcher of the Year honors.

Greenwood, Moore, and the rest of the Blue Demons battle the No. 15-ranked Arkansas Razorbacks tomorrow in the first game of the NCAA tournament Fayetteville Regional. First pitch is at 4 p.m.