“Deadpool 2” carries on shortly after the conclusion of its predecessor, “Deadpool.” Wade Wilson has made a name for himself since defeating the first film’s main villain Ajax – or Francis, as he was more commonly referred to – and has been granted a tenuous spot as an X-Men trainee. He is tasked with protecting a child with a hot temper named Russell that is capable of projecting fire from his epidermis. Unfortunately for Mr. Pool and the child, a cyborg named Cable has recently traveled back in time to kill the kid. Nice guy.

For me, lots of the appeal of “Deadpool” came from its, shall we say, unique take on the superhero genre. Raunchy humor, fourth wall breaks and over the top action made it my second favorite superhero film of behind only “Civil War”. The second film mostly utilizes the same storytelling techniques, so if you enjoyed the first one you’ll likely have fun here too.

Sex jokes come at you fast and furious and they are plentiful, so if one doesn’t land for you there’s almost always another just over the horizon. Like in the first film, Catholic school-unfriendly earn the film its R-rating. There’s lots of callbacks to the first film as well. 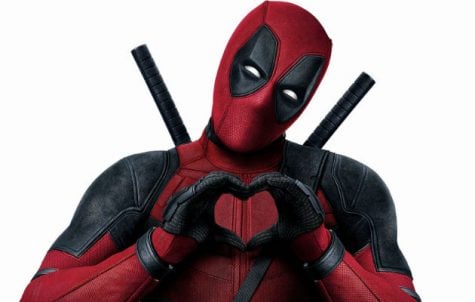 The action, while not the focus on the film, is effective. One highlight is an  entertaining jail break scene featuring Cable just destroying everybody. Later the character of Domino is introduced, and she takes the film into totally over-the-top territory with her superpowered luck abilities. It all leads to some of the most memorable action scenes of the film.

Speaking of new characters, Domino (Zazie Beetz) and Cable (Josh Brolin) are both great. Domino  initially teases Deadpool with her luck superpowers, which he doesn’t believe are real. They are though, and the film takes full advantage of them. People run out of bullets at just the right time around her, cars crash in just the right areas and things just somehow work out every time. Perhaps the best part is when the film slows down so viewers can see Domino’s nonchalant reaction to these unlikely circumstances – and even the rare moments when she does get surprised.

Cable, meanwhile, comes from the future and is about 75 percent human, 25 percent robot. The robot part seems to dominate his personality, as Cable lacks any sort of emotion through the first two thirds of the film. It serves as great contrast to Deadpool’s high energy antics, leading to very effective comedic interactions. And don’t worry: The film is completely self-aware that Brolin plays the villain Thanos other Marvel films, too.

Outside of these two welcome newcomers, much of the supporting cast returns from the first. Dopinder the taxi driver (Karan Soni) is used slightly less in the sequel, and his existence just perpetuates one joke through the whole film until there is a pay off at the end. That payoff is nice, but the character was more versatile in the first film. Blind Al (Leslie Uggams) is here, just as blind and grumpy as ever. She, like Dopinder, gets much less screen time than in the first film, but she brings the laughs every time she shows up. Comedian T.J. Miller is also here, as Deadpool’s friend Weasel. Outside of those characters, there is a sizable number of cameos to keep an eye out for. Watch for Brad Pitt and Matt Damon, among others.

The film takes its cues from the first film in most cases.Many of the jokes even trample the same topics as the first film, and viewers may tire of more gags aimed at Marvel’s rival company DC. There’s also more pronounced tonal shifts in this film than in the first one. In scenes where Cable is the only one present, the comedy often gets taken down to negative levels as he explains his tragic backstory. Even more striking are scenes when Wade Wilson talks with his wife. Much of the plot is centered around Wade needing to get his heart in the right place, which is all he and his wife speak of. Switching from butt jokes right to these tender moments felt jarring.

Once everything wrapped up, I was left with a film that was hilarious at times, but not quite as fun as the first. Do be sure to stay for the end credits scene: It is one of the funniest things I have ever seen in the theater.