Laugh track: Women in comedy continue to triumph over adversity 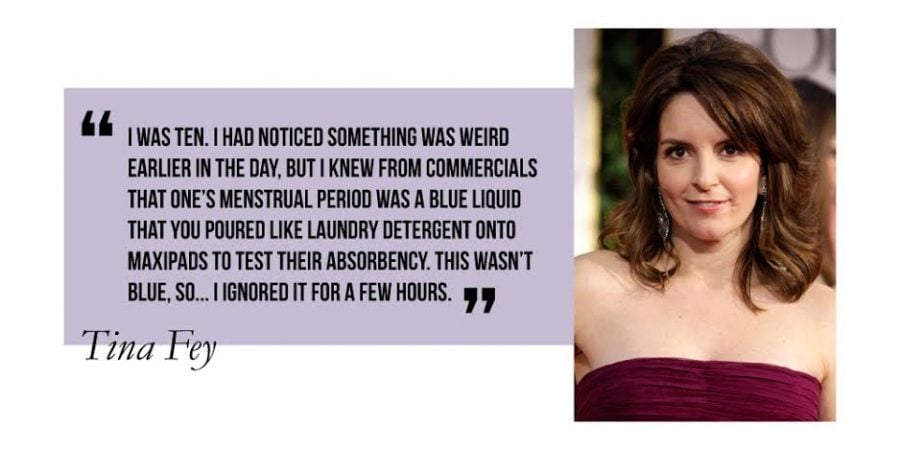 These are some of the reactions people have to female comedians and their jokes. Most recently, Michelle Wolf faced a lot of these criticisms for her roast at the White House Correspondents Dinner when she joked about the physical appearance of Sarah Huckabee Sanders and Ivanka Trump. She, like many other female comedians over the years, was condemned and dismissed as not being funny.

“The history of comedy has not been kind to women, which is not a surprise since we live in a patriarchy,” said Peter H. Steeves, a philosophy professor at DePaul whose area of expertise includes the philosophy of comedy.

While this is true, female comedians continue to fight against the patriarchy so that they can be heard and influence change. There have been a multitude of women who have had a substantial influence in the comedy world over the years such as Lucille Ball, Joan Rivers, Tina Fey and Ali Wong, to name a few. Just like Michelle Wolf, they illustrated a sense of bravery and uniqueness when they challenging the status quo regarding what it means to be a comedian.

“Lucille Ball was one of the first female comedians to be known by all Americans and to have her comedy influence the culture at large,” said Steeves.

In the 1950’s sitcom “I Love Lucy,” she played the wife of successful entertainer Ricky Ricardo (played by her actual husband Desi Arnaz) who also always wanted to be an entertainer herself but never had the talent. In reality, however, Ball was deemed the more successful and talented of the pair. With this, many feminists criticized Ball for painting women as second-class citizens despite the show’s critical success. She later found additional successes in other network sitcoms such as “The Lucy Show” and “Here’s Lucy.”

“It’s hard to fault Lucy. And we shouldn’t fault her,” said Steeves. “We should fault the culture that left her with so few options.”

This is to say that Ball was left with few options in regard to her comedy, which is something that has slowly changed as female comedy has evolved.

Similarly, Joan Rivers was met with a lot of criticism when she rose to prominence in 1965 and throughout her career late into the 90’s. Known for her self-deprecating humor, she began establishing her profile as a guest on the “The Tonight Show” with Johnny Carson. It is here that she established her comedic style that consisted of jokes about her upbringing, her relationship status and her appearance.

She was criticized for being too abrasive. Johnny Carson even went as far as saying that while many female comics don’t exist, “the ones that try are sometimes a little aggressive for (his) taste.” Nonetheless, she continued with her comedy, eventually forming a rival program titled “The Late Show with Joan Rivers” and doing other stand-up shows, guest appearances and various talk shows. Though comedy was not particularly inviting to women, she overcame several barriers and paved the way for other female comedians like Tina Fey and Sarah Silverman to follow.

In the 1990’s, both Silverman and Fey began their careers by writing for “Saturday Night Live” and honing their skills as insult and satirical comics focusing on topical issues. Fey went on to write critically-acclaimed shows and films such as “Mean Girls,” “30 Rock” and “Unbreakable Kimmy Schmidt.” Silverman had several comedy specials on Comedy Central, including “The Sarah Silverman Program,” where she focused on telling stories about her personal life, including various mental health struggles she faced as a child and continues to face as an adult.

Critics and comedy viewers dismissed her comedy bits as not being funny, sometimes because they just didn’t understand them or saw them as too personal. In a world that spent so much time to shame women for sharing their stories, Silverman’s crassness was a big shift for women in comedy.

Alice Julianna, manager of the DePaul Improv and Sketch Comedy group, says that comedy is important as a venue for women to share their experiences.

“Comedy is and has been an important genre for women because it is an opportunity to discuss the female gaze and perspective,” she said. Similar to other genres, comedy helps offer a perspective that so many people have not seen. It allows for audiences to understand their experiences in a way that isn’t too dark or serious.

To this day, this remains an important aspect of female comedy. Modern comedians such as Jenny Slate, Issa Rae and Ali Wong use their platforms to discuss their experiences as women, the latter two specifically sharing their experiences as women of color. The only difference now is that there are different mediums for these comics to showcase their work. Issa Rae began her career as a comic by posting videos on YouTube and eventually signing a deal with HBO to develop her sketches into a show called “Insecure.” Wong has released two Netflix comedy specials where she discusses her experiences balancing family and a career. She revels in the truths of motherhood that are rarely discussed in public.

Rae and Wong’s successes on the Internet and streaming services allows for the voices of female comics to be heard on other platforms besides the stage or TV. The emergence of new female voices over the past several years has resulted in a change in comedy in which people are beginning to accept that women are funny and have always been.

Gary Novak, director of the School of Cinematic Arts, said that definitions of what comedy is are constantly shifting, and the increase of women in comedy contributes to that.

“Comedy isn’t universal. There are different definitions on what is funny, and you can’t please everyone, but to say women aren’t funny is wrong,” he said. Novak says the comedic voices of women are very important  and continue to be needed.

Recently, he worked with The Second City to offer a new undergraduate degree in comedy filmmaking. Novak says there have been classes that focused on comedy writing, but the Media and Cinema Studies Department wanted to offer students the opportunity to create, develop and show off their comedic writing and directing abilities in more depth.

“Second City is home to so many comedic talents – so many established female comics like Tina Fey,” Novak said.

Novak also said that female comedy has become increasingly popular, and though it is often met with a lot of criticism, it nonetheless finds itself creating important conversations.

Though Michelle Wolf was met with a lot of criticism for her roast, she was also met with some praise. Many praised her for using her platform on a national stage to stand up for her beliefs. Though the jokes about the appearances of Sarah Huckabee Sanders and Ivanka Trump reinforced misogyny, she did use the rest of her speech to point her gaze outwards.

“Successful comics often also have an element of the ‘outsider’ perspective which is utilized to punch up and critique those in power who have caused problems or deserve a little humbling,” said Julianna.

Michelle Wolf, like Joan Rivers,Sarah Silverman and other female comics before her, faced many critiques and hardships they did. Their contributions to female comedy have, however, remained at the forefront in the fight against patriarchy – in comedy and in the world at large. The impact they have had on the comedic world will serve as an inspiration for female comics who are trying to establish their voice in a world that still attempts to shut them up.