Justin Roberts to transfer from DePaul 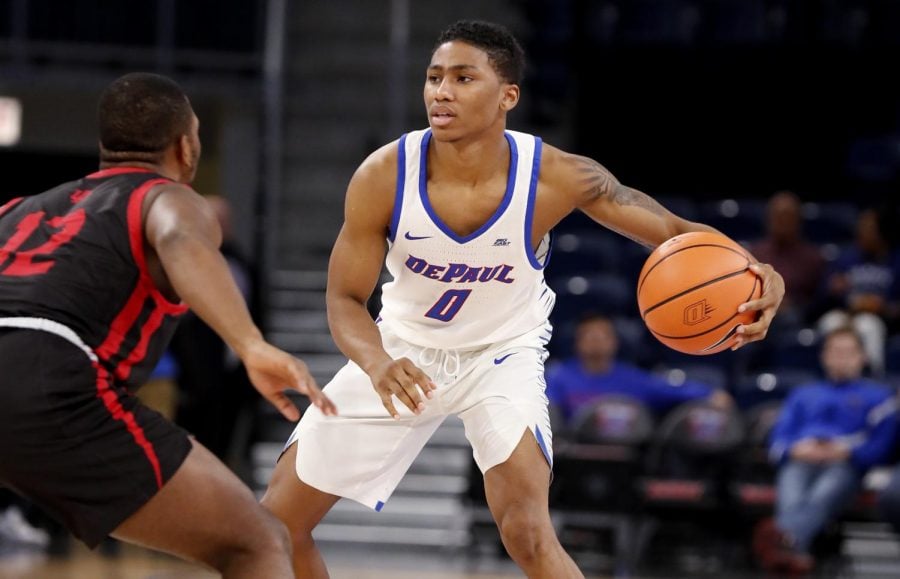 Justin Roberts dropped 16 points visiting Xavier Saturday in his best performance since he broke out with 19 points against Illinois on Nov. 17. (Photo Courtesy of DePaul Athletics)

After an up-and-down freshman year at DePaul, Justin Roberts announced Friday he is heading elsewhere.

“After talking to my Family and praying over it, I decided that continuing my basketball and education at DePaul University isn’t what’s best for me,” Roberts said in a tweet. “I just think it’s better to re-open my recruiting process and seek other opportunities. I want to thank the University for the opportunity and the people who truly cared about me during my freshman year. I will forever love my teammates and will never forget the times we shared on and off the court.”

I will not be attending DePaul University next fall #Godspeed#RIPMOM pic.twitter.com/j24kPNbhvx

Roberts impressed early on in his freshman campaign against Illinois when he scored a season-high 19 points to go along with five assists and five rebounds in 33 minutes of action in relief of sophomore point guard Devin Gage, who left with ankle injury.

Roberts also nearly led the Blue Demons to a major upset over No. 6 Xavier with 16 points off the bench as he used his speed to attack the basket and help DePaul open up a 16 point lead on the road.

Outside of these two performances, however, Roberts battled inconsistency and saw his minutes fluctuate as DePaul searched for a solution at the point guard position after losing Gage to a ruptured Achilles in a win over Connecticut State.

Heading into next season, Roberts was part of a crowded point guard position that also includes freshman Flynn Cameron, as well as, Gage returning from his injury. Head coach Dave Leitao could also opt to stick with senior Eli Cain, who took over the point guard duties following the injury to Gage.

Per NCAA transfer rules, Roberts will have to sit out next season before having three years of eligibility left to play. He becomes the ninth player to transfer in Leitao’s second stint as head coach.